The numbers are in. 2014 was the hottest year on Earth ever recorded (records go back to 1888). December finished it off as the hottest month ever. 6 of the months last year, in fact, hold that record. The last time a 'coldest month ever' was recorded, was 1916. Things are heating up.

But not just heating up. That's only part of the story. An updated review of Planetary Boundaries, a survey of nine basic systems critical to life on Earth as we know it, finds that human activity has pushed past the boundary of what's safe and stable in four of those categories; climate change, loss of biosphere integrity (things like genetic diversity because of species loss), land-system change (soil and forestation loss, etc.) and altered biogeochemical cycles (how the biosphere uses and replaces the critical elements of phosphorus and nitrogen).

To make it clear, this is bad news. As the authors of the study put it;

Transgressing a boundary increases the risk that human activities could inadvertently drive the Earth System into a much less hospitable state, damaging efforts to reduce poverty and leading to a deterioration of human wellbeing in many parts of the world, including wealthy countries.

But here is my question; did you notice any of those changes? Did those changes impact your life in any meaningful way? Did you wake up in the morning on any day last year worried about the global nitrogen cycle, or historic global temperature records, or deforestation in Indonesia? Probably not. And that, in a nutshell, is the problem that has all but guaranteed the serious crash for Life on Earth as We Know It.

You woke up each day last year and went about your business as any human does, compelled by deep and ancient instincts to do the things necessary to get yourself safely to bed at night. You acquired the resources necessary or helpful for safety and survival - food, water, shelter, warmth/cooling, transportation, friendship and social/tribal cohesion - and on a good day maybe you also acquired some fun stuff or did some fun activity or filled in the upper levels of Maslow's Hierarchy of Needs.

But chances are pretty good you cared more about fulfilling your needs than anybody else's. And you cared about now and today more than tomorrow. You didn't Think Globally. You thought, and acted, and lived your life and fulfilled your needs, locally. PERSONALLY. As did most of the seven BILLION human animals on the planet, taking from the system the resources necessary for safety and survival, and putting back into the system both their products and their wastes. Each us us satisfying our own needs but cumulatively taking from a system more resources than it has to offer (the once abundant New England cod fishery was finally closed by government fiat last year because of overfishing), and putting back more waste than it can handle (air pollution in Beijing recently got so bad it was "off the charts" rising beyond the highest and most dangerous levels on the health scale designed to measure such things. 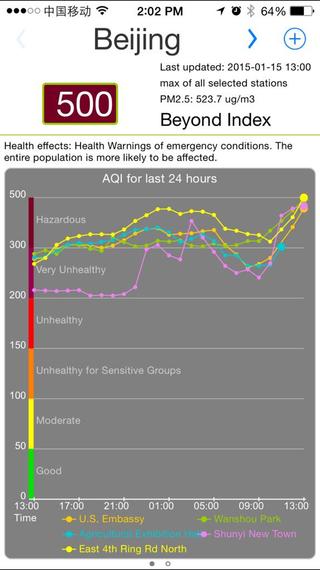 Right now the global temperature records are making all the news. But climate change is just one symptom of the larger problem that makes very little news but which lies at the heart of why we, and all current Life on Earth, face an unavoidable crash. We are compelled from the deepest level of our genes and survival instincts to taking more from the system than it can provide and put back in more waste than it can handle, and no amount of human brain power outwit the natural instincts that are driving us 150 miles an hour toward a cliff.

We are not the only animal that does this. Many species live unsustainably in their finite ecosystems and when their demands on the system outpace supply, move on. We are, however, the only animal where the system limits are the entire biosphere itself. Silly visions of moving to other places in the universe notwithstanding, there is no place for humans to move to, and there surely won't be within the relatively short time frame - a couple hundred years - in which the natural system we depend on will become "much less hospitable".

Many people, myself included, see rays of hope in this dark sky; technological solutions to some of our challenges (cleaner power, advances in agriculture and food production, reduction in pollution and waste), less violence as more of us live closer together (see: The World is Not Falling Apart), and even the faith that human reason itself can, when the crises really start hitting the fan, figure out ways to stop doing the damage we're doing, undo the harm we've already done, or adapt to at least some of the harms we face.

But to live in the delusion that these solutions can entirely save the day...to believe that they can do any more than head off the worst of what is to come...is dangerous. Dangerous, because the belief that our intellect can provide the tools and enlightened leadership that will ride to the rescue, arrogantly denies the inescapable truth that we are still mostly instinctive animals, each of us compelled by deep subconscious urges to do what we can as individuals to survive today; and the day after that, and everybody else, are just not as much of a concern. And they never will be.

Can we do a lot to address these challenges? Yes, of course. And we should. Can we do enough to address them all and forestall the serious damage that lies ahead? Almost certainly not. But if we get a little more realistic about just how much/little human reason can help us conquer our deepest animal instincts, and a little less naïve that we can 'live with restraint' as Bill McKibben has put it, we might sooner get to the task of preparing for what's to come rather than pretending we can head it off.

It is probably in the best interest of Life on Earth As We Know It (LIFE long term is another matter entirely) if humans accepted that there will be a steep price to pay for our unsustainable ways, that given what we've already done this price is unavoidable, and that pretending we can head this off and preparing as soon as possible is urgently needed if we're going to at least keep that cost as low as possible.