Nature has always had the power to awe us. From blue whales and mountains majesty to the infinite geometric arrays of microscopic lace that are snowflakes, there is no end. But I can remember seeing my first picture online of a supercell, and experiencing something beyond awe -- shock. I was contemplating the photo-shopping that had gone into making the image, such was my doubt that something so close and overwhelming could exist on this planet. This was not a Hubble space photo of a distant nebula, a dark giant beauty existing "safely" millions of light-years away. This was a jinn hovering over an otherwise familiar sky. It could, in theory, hover over me. And then what? 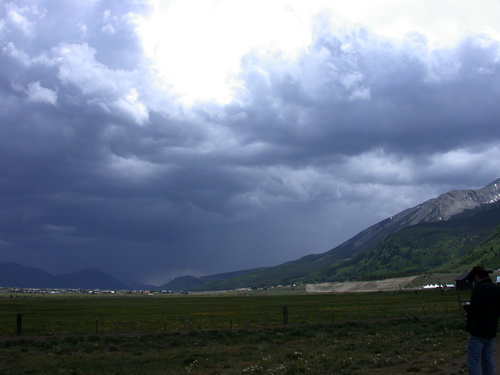 Like ants, the universal explorers of the insect world constantly hiking over giant wildflower jungles, trees, and rocks of the mountains of my summers, we are explorers of our planet, motivated to crawl all over it, investigate every cranny, and exploit all that we find. Ah, those mountains, and the skies above: we have our own massive atmospheric jinns and fairies -- sudden, towering storms, followed by shimmering rainbows.

But unlike ants, we are large and inventive enough to substantially change it. We have become Vishnu and Shiva, the ancient Hindu gods of creation and destruction: As we create more of us, far more than we now understand the planet can sustain, we are creating our own destruction, both terrible and beautiful. Our scientists, exploring the frontiers of our knowledge of the world, have gathered enough data for us to understand that our consumption and proliferation have set in motion a planetary change in our relatively comfortable envelope of climate.

The manifestations are equally terrible and beautiful: Our acidifying oceans now host dark lifeless coastal zones, and explosions of floating iridescent globes, jellyfish, as a cornucopia of other fascinating creatures fade away. The seas are rising and surging with increasingly stronger storms against our shores. The atmosphere has become an engrossing theatre of beauty and drama: the brilliant sunsets stoked by emanations of megafires; the brilliant blue skies of drought; the ever larger tornadoes, wild whirling dervishes grinding across our communities; and the gigantic white whirlpools high above us, swirling concoctions of wind and rain that wreak so much destruction below. Meanwhile, more studies have predicted yet larger and more destructive wildfires, droughts, and hurricanes to come as we pump ever more greenhouse gases into the atmosphere. 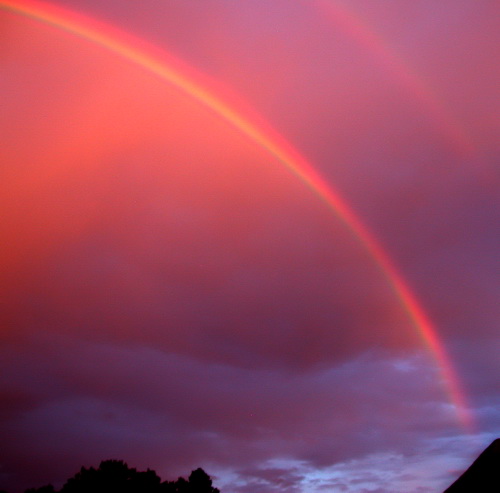 Will we be mesmerized by the increasing "shock and awe" of these growing atmospheric monsters we are creating? Will we let this reality play evolve into an uncontrollable life of its own, a process already underway? Or will we recognize the incredible creative power we still possess to prevent this cobra of climate from striking a serious blow to our existence?

So far, we have traced the trajectory of ants: we see, we exploit, we destroy wantonly for temporary, manufactured material and cultural desires and delusions. But we can overpower our antlike tendencies. We have the power to think, to project, to heal, and create. Some of us are doing so. But it is time to harness those truly magical qualities, the ones that we have used to describe ourselves, homo sapiens -- Thinking Man -- on a magnificent global scale. It is time to shock and awe ourselves, with action.

Family Of Tyre Nichols Prepares To Lay Him To Rest