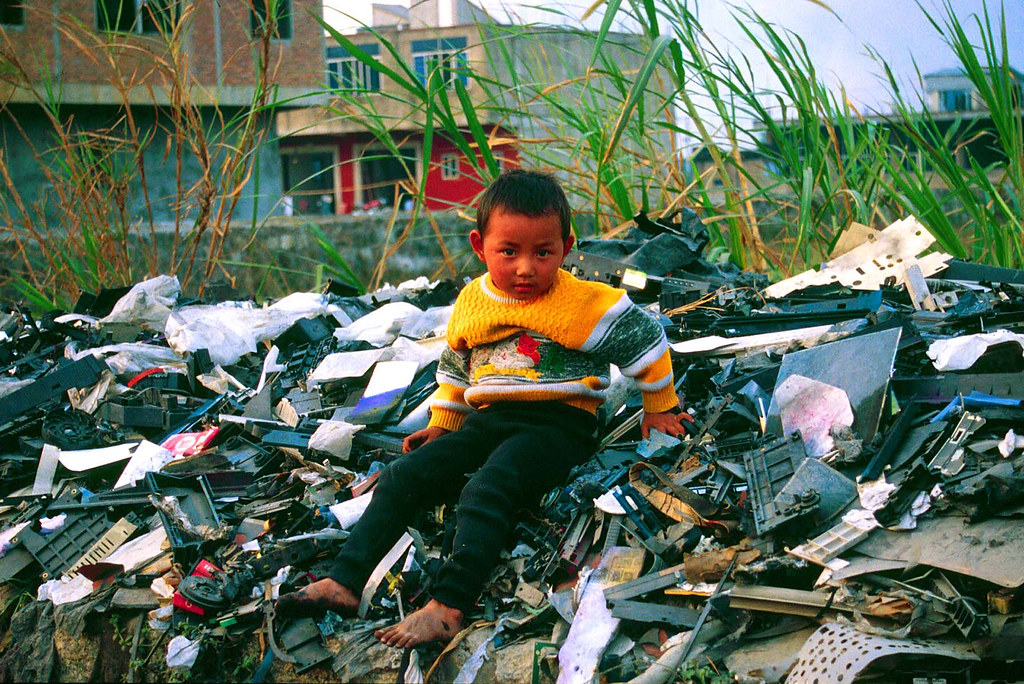 With the passing of Earth Day, I am left with the usual examination of areas in my life where I could possibly improve and be more eco-friendly. The findings are usually pretty dismal; I could do so much better. In the U.S., most of us have the luxury of not having to face the daily realities of all the damage humans do to the planet. It is hard to understand the devastation we create unless you travel to a developing nation or actively try to find it in our own country -- pictures or words will never do it justice.

I am definitely not well informed on all the issues that face the environment, but when I hear about something new, I try to learn and do better -- such is the case with the issue of e-waste. I am embarrassed to admit that I really did not know that much about it until recently, which is ironic because I actually work in the technology field. While I personally love gadgets and appreciate all the ways that technology has enhanced our lives, I found that it comes at an ethical and environmental cost.

E-Waste (electronic waste) is the term used to describe the rapidly growing stream of waste from discarded electronics and appliances. These items include anything from computers, TVs and phones to washing machines and refrigerators to everything else in between. Most of these electronics or appliances are often not trash, but simply outdated and traded up for the latest version on the market.

According to the most recent report released by the United Nations University (UNU) on the matter, findings show that globally we produced 41.8 million tonnes of e-waste in 2014. Even more startling -- it is believed that less than one-sixth is properly recycled or reused.

Why is E-Waste bad?

While the negative impact of e-waste is vast and growing, most people are probably unaware of its reach. The lack of proper recycling leads to harmful toxins like lead and mercury leaching into the environment. Harmful materials like these and many others found in e-waste, cause all sorts of health issues like neurological damage, kidney damage and some cancers, to name a few. And let's not forget about the ozone-depleting chlorofluorocarbons left behind.

Not only are the e-waste dumpsites toxic, but so are the surrounding areas as a result. For example one of the larger "digital dumping" holes in slums along the banks of the Korle Lagoon in Ghana, has turned the body of water into one of the most polluted on Earth. PBS has a very informative and eye-opening video on the e-waste situation in Ghana as well as several other countries.

Maybe the worst part of this issue is that most e-waste from developed countries is exported to developing countries like India, Africa and China. Often the pits of discarded computers and other electronics are picked over by locals who attempt to mine profitable materials like copper and gold from them. The improperly performed recovery methods like acid baths and burning of electronics are extremely harmful and are often performed by local women and children.

While it is legal to ship waste to developing nations, some of the waste is exported illegally under the guise of "used goods" instead, which has less regulations. With the UNU report estimating $52 billion in discarded valuable reusable resources like iron, copper, gold, silver -- it is easy to see why people would try to exploit the system. Many survive on mining these products, but with poor practices and regulations, it comes at a much higher cost -- the health of the planet and its people.

What Is Being Done?

The Basel Convention was created in 1989 by the United Nations Environment Program to help control the transboundary movements of hazardous wastes and their disposal and currently includes over 180 participants.

One stipulation the treaty ensures, is that before the export of hazardous waste can occur, sending parties must confirm that waste will be managed in an environmentally safe manner in the country of import. The United States signed the treaty, but has yet to ratify it, which does not make us an official party nor are we yet legally bond by the regulations. We remain the only developed nation that has not ratified it.

States have their own legislation in place for e-waste and many hold the manufacturer responsible for paying to recycle discarded goods. Some states force recycling of electronics as well. You can view laws by state on electronicstakeback.com.

While we all have busy lives, we can still do our part to help, as the famous "Be the change..." quote by Ghandi goes. For instance, we can easily implement the three R's we learned in school.

- Be mindful about tossing your old, but fully functioning electronics and appliances for newer models when unnecessary.

- Use your power as a consumer wisely.

- Instead of purchasing new electronics, explore refurbished or second-hand options whenever possible.

- Donate or sell your old items.

- Never throw away unwanted electronics or appliances in the trash.

- Go back to the device manufacturer for recycling of the used good...