A response to David Brook's op-ed piece, "The Russia I Miss" 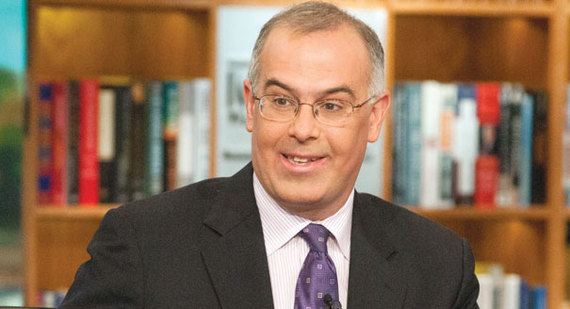 People who never develop the habit of reading the New York Times opinion page may not realize how powerfully it affects subscribers' blood pressure. Readers can be sorted out according to their visceral responses to the page's contents: are they more annoyed by the grating piety of Ross Douthat? Or have they lost all patience with the revelatory taxi rides of the invasion-happy Thomas Friedman? And just how many days is it worth even looking at the page if Paul Krugman hasn't contributed anything?

And they certainly can't be expected to understand the problem that is David Brooks.

For years I have been alone in my circle of friends in having a love/hate relationship with David Brooks. Again and again I found myself taking sides in our ongoing debate: is David Brooks thoroughly awful or only somewhat awful?

Because I remember the old David Brooks, the author of Bobos in Paradise, which I still maintain was a clever and insightful look at a phenomenon whose prominence can no longer be denied. Brooks's portraits of the so-called "Bourgeois Bohemian" now looks remarkably prescient. He saw the trends that would eventually lead to artisanal breweries and precious urban handicrafts bought and sold on Etsy. Brooks looked into the future, and he saw Bushwick.

But somewhere along the way Brooks succumbed to the curse of the pompous deadline pundit. His self-importance grew in inverse proportion to his self-awareness. Moreover, he has been trapped in the double-bind of the 30-inch column: the need to seem profound while remaining pithy. Worse still, he has become something of a moralist, spilling a great deal of ink on the question of -- God help us -- character.

All of this leads me to today's column about how unhappy he is that Russia is no longer the land of Tolstoyevsky and Deep Thoughts. I would call this essay a low point, but that would be hyperbolic. This is, after all, the same David Brooks who chided Ta-Nehisi Coates for being such a Debbie Downer about racism in America.

Brooks is not exactly speaking from a place of ignorance. He dutifully cites The Icon and the Axe, a 50-year-old treatise on Russian culture that, while undeniably a classic, hasn't exactly aged gracefully. Brooks's column, with its laments over that the decline of Russian profundity and cultural greatness, makes a lot of points that would be familiar to Russia watchers. Indeed, it seems less the product of American superficiality then of the tired kitchen ramblings of a now-elderly Russian intelligentsia.

The dutiful name checking of classic dead Russian authors has been a reliable trope in litanies about the death of Russian literature. Where are today's Dostoevskys and Tolstois? Even the loathsome National Bolshevik, xenophobic writer Zakhar Prilepin managed to expose the stupidity of this approach in his latest book of essays, pointing out that is a mistake a Tolstoi to appear on a regular basis, like Halley's Comet or Bill O'Reilley's rants about Beyoncé.

The problem here, and with Brooks's entire column, is the willingness to reduce a culture to an essence, along with the desire that this essence be unchangeable. Such a desire says more about its subject than its object, or at least about the emotional investment the writer has placed in his object of desire. Does anyone really ask where the 21st-century Shakespeare can be found , or search for France's new Flaubert?

Brooks's nostalgia for a lost Russia has less to do with Dostoevsky than it does with Nabokov, and not the Nabokov of Speak, Memory. Rather, Brooks is to Russia what Nabokov was to butterflies: he prefers a beautiful, lifeless Russia that he can keep safely behind glass. His is the Russia of the intellectual tourist; instead of collecting balalaikas, matryoshkas, and furry hats, Brooks carefully curates an exoticized exhibit of philosophizing, spiritual depth, and (shudder) the Russian Soul.

Why Brooks is so enamored with Russia as a Disneyland of Depth is a question only he could answer. Inspired by his latest work, I can only posit that it is a defect of character.