I held my boyfriend's hand the other day. I caught it and held it until we reached the main gates of University College Cork, as I usually do on campus, only this time I didn't let go after we'd passed through. We moved along the Western Road, toward Washington Street, and as we reached the innards of Cork City, something strange lingered over me.

I had become anxious, and soon I wasn't speaking. I was afraid.

In my silence, I shot glances around, searching for anyone who might do us harm. I felt an unease as cars slowed down next to us. I wondered whether they would shout "Faggot!" or "Queer!" at us, as they had done before when I had been in previous relationships or had otherwise felt like showing my love and affection through the simple act of hand holding. I wanted to keep holding because it was cold, and my boyfriend's hand felt so comforting, but I did not want to put him through the hurt and pain that words can cause. It was then that, having consulted my conscience, I almost let go.

But something very different happened. I felt a torrent of anger at the world. I felt angry at society for making me feel this way, for telling me that I can't hold my boyfriend's hand without feeling fear, without feeling trepidation, without feeling a niggling sense of shame. And I felt angry at myself for even entertaining the idea that this was not something that I should be doing. Suddenly I felt proud, and yet despite the fact that no one had yelled slurs at us, I still felt like it could happen any minute.

That day I felt so scared that I became angry at the homophobia that I had ignored since my teens, and I felt so angry that I couldn't let go. I held my boyfriend's hand all the way to Paul Street in the center of the city. I felt defiant, and elated that it felt normal to me, but I still felt afraid. I still felt anxious. I still felt homophobia.

Homophobia is the secret that we share, and a secret of a "civilized" society.

I'm very proud to be a part of UCC LGBT*'s #HumansofHomophobia campaign, a campaign to highlight the very human face of the effects that this heinous behavior has on people, real people, people like me, who just want to hold their boyfriend's hand. In the cloud of promises and notions of being "good" people, #HumansofHomophobia aims to deliver a stark and visual reminder of the reality of homophobia in our society.

I've heard many say that homophobia doesn't really exist anymore. To those people I say that so long as I feel that tremor of fear as I take my boyfriend's hand in public, homophobia exists. I felt that fear because I'd stepped outside that little box that society put me in, demanding that I be "normal," do what others do, not show the smallest dram of affection in public.

I call on people to engage and share the campaign. The visual aspect of it is so important in raising the issue beyond just words and empty sentiment. Homophobia is the ghost of our oppressive past. Let's not continue to create an oppressive future.

It is important that this conversation happen now rather than later. So much time has been spent discussing and wishing the problem away. Institutionalized homophobia is something that I am not OK with anymore.

I am someone who would have always said I never really experienced very bad cases of homophobia growing up, but this campaign has showed me that not only have I experienced homophobia but I live it on a daily basis when I feel that fear as I walk into Paul Street holding hands with my boyfriend.

And that is not something that I am OK with feeling anymore.

An earlier version of this post appeared on olanharrington.wordpress.com.

Since UCC LGBT* launched #HumansofHomophobia, the photo below, along with the story behind it, has gone viral on social media. 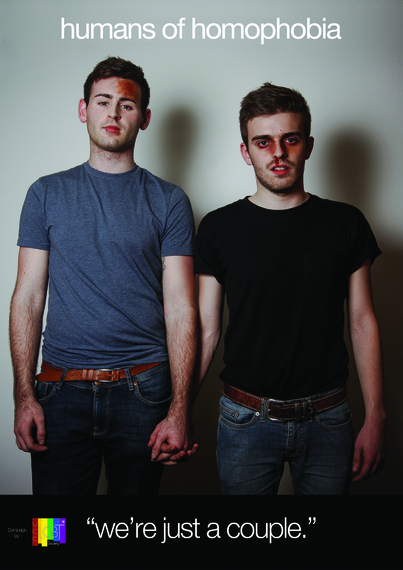 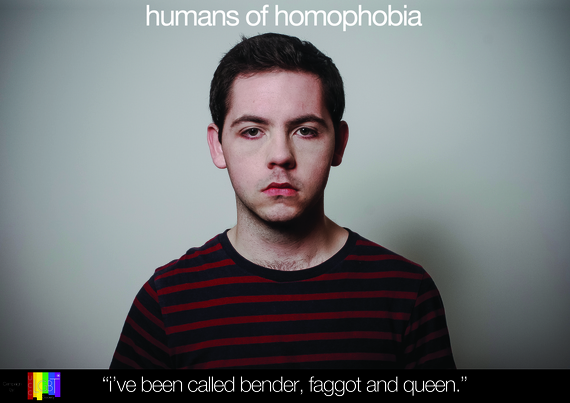 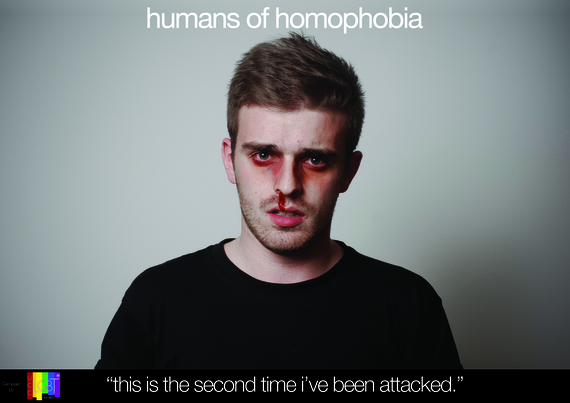 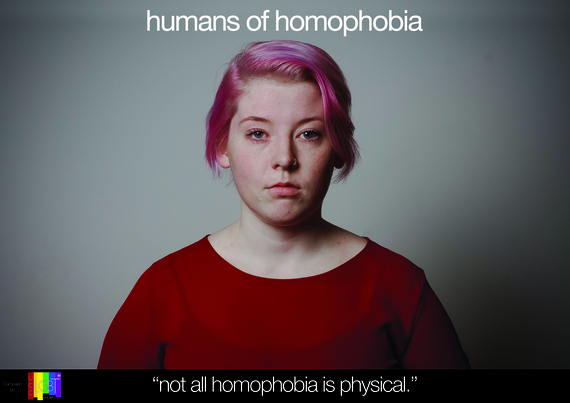 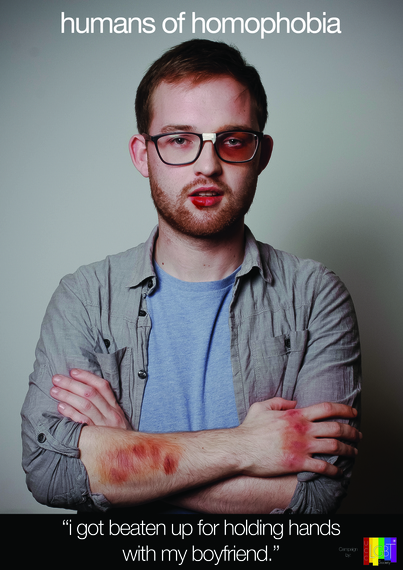 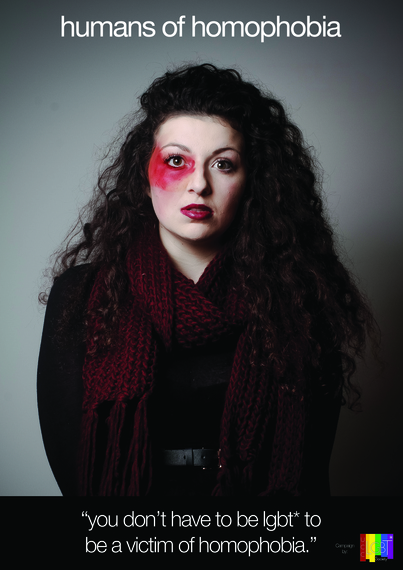