Our stories of escape can be told in many ways with both their speed and randomness. Despite the fact that many people live the same stories, their beginnings and ends ultimately vary from one person to the other.

I found out recently that each one of us -- me, my mother, my middle sister Sana and my little sister Ghena -- did the exact same thing for two and a half years.

Every night, we slept in different beds we never got used to. We each got to know the strange roof over our heads as a space to rearrange the pieces of our story together.

We have to be familiar with our stories so we can tell them without fear and with the most neutrality possible -- which is what I am trying to do here.

If you're looking for the shared beginning of all our stories, it was one morning in July 2013. My mother left our house in Masyaf, our little mountain town, to travel to the capital, Damascus, where I lived with my father. 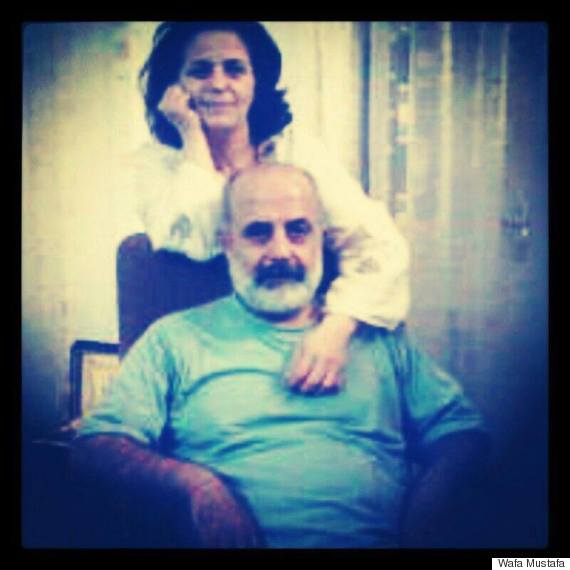 A few days earlier, he had sent me to a doctor in Masyaf to be examined; I wanted to know if I had anxiety and depression. I had been feeling down for about three months after rockets from the Syrian regime killed one of my closest friends.

We switched places. I stayed in Masyaf with my younger sister, Ghena, while my mother traveled to Damascus. She had with her only a few clothes and a lot of my father's favorite food. The security forces chasing my father made his visits to the family house rare and almost secretive.

I woke up to the phone ringing. I can still hear it in my ears. It's my mother! Her voice was shaking, checking with me about my father and asking me to call him. I couldn't understand everything. I could hear the noise from our street in Damascus in the background and thought, "If my mother is there, where is my father? And why she is asking me to call him?"

She felt my confusion so she started to explain, "I called him a while ago and said I'd be 15 minutes late. He said he'd wait for me in the house. I arrived and tried to call him so he could help with the bags, but he didn't answer. I tried to call him again on his cell phone. It rang a few times and then his phone was out of service."

My mother knows better than to say all this on the phone. It's really dangerous to mention things like that, but there was no time to wait for safe communication.

My mother found out through our inquisitive neighbor on the first floor that men in military uniforms had come to the house. They had a lot of weapons and they were with someone who didn't look like them. There were sounds of someone being hit, items being smashed and screams heard in the building. Then they came down with my father and someone else, his close friend Hossam. Hossam's family was later told that he died in the regime prisons.

We didn't have enough time to think about the situation, its danger or its consequences. We didn't even have time to be sad and think about being a mother and two daughters who just lost a brave father and a husband in one moment. Ghena and I had to leave our house in Masyaf immediately and go to Hama. We had to get far away to stop the regime from finding and using us as tools to put pressure on my father in his prison.

"We didn't even have time to be sad and think about being a mother and two daughters who just lost a brave father and a husband in one moment."

We didn't have anything other than our clothes. Hama was full of regime checkpoints. Any of them could stop us at any time; our travel bags looked suspicious enough. We finally arrived at my father's friend house. We had never known him before this. His sweet wife and three kids welcomed us. My mother had to take the longer route from Damascus to Masyaf then to Hama. I can't imagine the fear, the worry and the sadness she had to carry with her or how she didn't show it.

We met in Hama and stayed in that house for a week. We agreed, under pressure from my father's friend, to leave Syria for Turkey. My father told us the plan before, always worrying more about us than he worried about himself.

This was the hardest moment of my life. I had made a promise to myself at the start of the revolution never to leave Syria under any circumstances. I made this promise after I was expelled from my university, forced to stop my studies in journalism and media; I made it when friends, colleagues and the nameless faces I met in Damascus's many protests started to disappear.

To leave the country, we had to move from one car to another. We started in Hama, which is controlled by the regime, and drove to its countryside. We continued to the countryside of Idlib, which is not under its control, all the way to the Turkish borders. The road was full of unknowns.

"I had made a promise to never to leave Syria. I made it when friends and the nameless faces I met in Damascus's many protests started to disappear."

We refused to feed our fears so my mother began praying while we sang and listened to music. We became distant from the songs we knew and loved. Instead we listened to songs we had heard only one time before, songs we didn't like or know the lyrics to. We did this so we could forget our father's image and his voice when he would sing along to Fairuz, Abdel Halim and Umm Kalthoum songs.

We reached Turkey at night. The borders were closed, but we got in and were welcomed by a young man who was sent by a friend of our father to take us to the coastal city, Mersin. It was a place we had always dreamed of visiting before the revolution because of what friends had told us. They used to organize trips and would come back and tell us about its beauty and weird language.

Years before, a Turkish TV drama series invaded our simple world with images of its architecture, its love stories and its characters' faces. It created imaginary relationships between us and them. We didn't know that a hard reality would ruin it later.

Our first house was in Mersin across from the seaside; it was at a higher sea level, cold and moderately clean. We stayed there around three months without knowing why we were crying. Every time we tried, we couldn't identify exactly why. There were a lot of reasons, but the result was always the same: a father we didn't know anything about, a house and a family we left without even saying goodbye, a collective memory full of pictures, voices and dreams -- and a foreignness that stole our ability to live.

We carried a few things into Mersin that we bought. They were bare necessities; we tried to create a relationship between us, the city, the house and the people. We moved to another house in the same area. It was warmer and less depressing. We made new friends. They had moved here before us to seek asylum. They took away some of our worries and pushed us a step closer to feeling alive again.

We thought our stay in Turkey would be temporary. My father would get out of prison. We'd go back to our house and our country to continue the revolution we started two years ago. But it wasn't that simple. I had to find a job to keep us safe from danger, knowing I had never had a job before and that I didn't have the chance to complete my degree.

"We thought our stay in Turkey would be temporary. My father would get out of prison. We'd go back to our house. But it wasn't that simple."

A family friend helped me find a job at one of the Syrian radio channels that opposed the regime. It was under construction at that time. That meant I had to leave my mother and sister and move to another city, Gaziantep. I stayed there for three months trying to prove myself while working and securing a deposit for a small house. I had to do all this before my mother and Ghena could join me. After that, a whole new experience of worries, challenges and waiting would come.

Now we've been in Gaziantep for two years. We're three women who live in a small house. Our first year was hard, tiring and full of pain. The second year is better somehow. My mother is dealing with her new experience in work. Ghena is trying to adapt to the constant change of her school and friends, but is still stubborn about going back to Syria.

My mother and I have tried, from our first day in Turkey, to convince her of how impossible this is. We tried to make her understand the importance of searching and waiting for other options -- like being accepted into asylum in the United States, which would mean going through the UN Refugee Agency.

Some people tell me I'm over-sensitive to words, maybe I am when it comes to being described as "refugees." This has nothing to do with feeling injustice or not being recognized. If you asked someone about it or looked up the definition of "refugee" on Google, you would get a lot of answers -- realistically, legally or sometimes from a human rights point of view.

But none of them define what we go through as Syrians. Especially when we see the different and dramatic ways people have become refugees. Not just what international laws and human rights organizations defined them as before the revolution.

The crimes of the Syrian regime and its allies are not the only reasons people are leaving for other towns, cities and countries. This belief has created weird images and stigmas about the Syrian people, its culture and thinking. The regime has ruined its image and the way the rest of the world sees us. It's given the Syrian people very few possibilities. The best of these possibilities will be to escape their hell.

I can't say everything here. I'm still trying to organize my story and its details; it's not finished right now and will not be finished soon. I still think that no story, no matter how raw and emotional, can tell everything that's happened.

We hung a lot of pictures on the wall of our house last Christmas. We made it in the shape of a tree. Its roots are photos of my father in his younger days and its branches are pictures that remind us of our voices, laughs, dreams and childhood. They are pictures of the many faces with whom we shared our happiest moments. 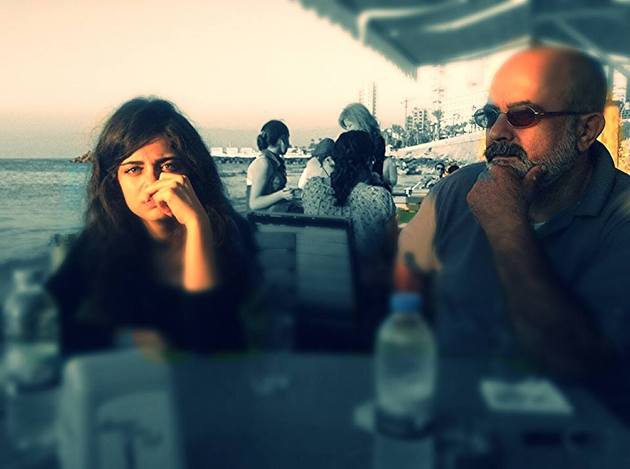 This originally appeared in Elite Daily. The original story in Arabic can be found here.