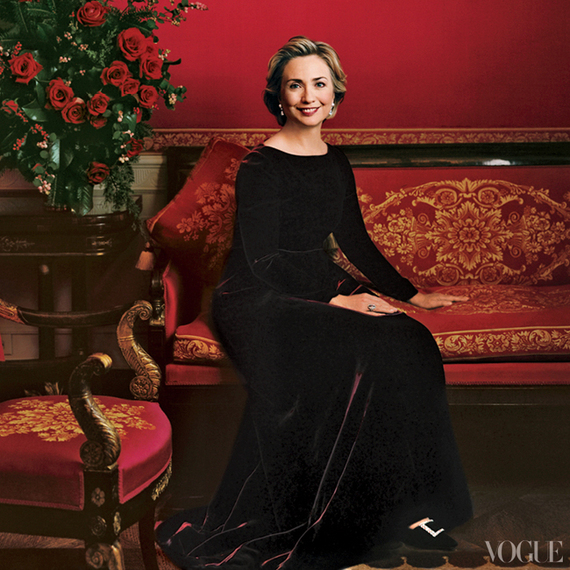 I first met Oscar de la Renta in 1998 while flipping through the December issue of Vogue.

On its cover, Hilary Rodham Clinton sat gracefully on a great manicured chair wrapped head to toe in the most exquisite wine colored velvet gown I had ever seen.

I was 14 years old and from that moment on, I knew that whatever I chose to do in life, it would involve beautiful clothing.

Looking back now, I find that it was quite the big dream for a young girl whose parents had just uprooted her from Nairobi, hoping to forge a new life in the frozen tundra of Minnesota. For most of the year, I was subjected to baggy khakis, flannel shirts and puffy coats -- hardly the stylish one in the room.

Over the years, I would meet Oscar de la Renta again and again.

A few more gorgeous gowns in Vogue, snippets of his collection via CNN during NYFW and of course, that delightful scene in The September Issue where Vogue editor-in-chief Anna Wintour happily remarks "fabulous color," as a bright orange ball gown comes waltzing down the room during a preview with the designer.

Then there's that iconic moment in season six of Sex and The City that changed the life of every fan girl. The brooding Russian Alexander Pretrovsky begins reading a poem to his beloved on a lazy afternoon, to which Carrie responds by then reading an excerpt from Vogue about a dress designed by de la Renta, blissfully concluding "now that is poetry."

This act ultimately leads to what can only be described as a fairytale: to be presented with a gorgeous hot pink Oscar de la Renta gown moments before being whisked off to the Met to see an opera.

I recount these moments to say that Oscar de la Renta created beautiful clothing for women of purpose. With each design, he instilled a sense of strength, resilience and romance. Whether you were falling in love with a Russian on TV, accompanying your husband to an inaugural ball on his first day as President or sitting for the cover of Vogue, de la Renta was always by your side.

I was seated across from a handsome gentleman on Monday night discussing the current state of political affairs over a few glasses of wine when his iPhone buzzed.

Interrupting him mid sentence I said, "I think you have a message from the New York Times."

He looked over at the screen and quickly replied, "Oscar de la Renta has died at the age of 82."

"No! It can't be true," I gasped almost knocking over my wine.

I quickly started rambling on about how de la Renta was an icon, an artist, clearly a talented man who inspired so many people. There was absolutely no way he could be taken so suddenly!

The expression on his face was one of confusion and empathy. He admitted that fashion was not his thing, but he was happy to oblige my moment of disbelief patiently -- the mark of a true gentleman.

For the remainder of the dinner, he asked me many questions about Oscar de la Renta. Where was he from? What were the highlights of his career? Why did women fall so in love with his wedding gowns? Touched by his curiosity, I pulled out my phone and started Googling images of de la Renta's work, proudly showing them off as if I had been part of the journey.

My father believes that the most important thing a man or woman can do in life is to leave a legacy.

My father tells me daily that in order to leave a legacy, one must first live a life of purpose.

He has since left a legacy of passion, hard work and tenacity.

He was proud to be a Dominican American designer and a member of the 'garment district crew' as I like to call them, dressing household names like Reese Witherspoon, Michelle Obama, Jackie Kennedy, Diane Vreeland and yes, those Clintons.

Oscar de la Renta's legacy will be to encourage his fellow American designers like Nanette Lepore, Zac Posen, Ralph Lauren, Tom Ford and Carolina Herrera to raise the torch and continue creating clothes that work for women. To continue to enhance their strength, support their resilience and always, allow them a little romance.

At least for that 14-year-old flipping through Vogue, this is the legacy of Oscar de la Renta. 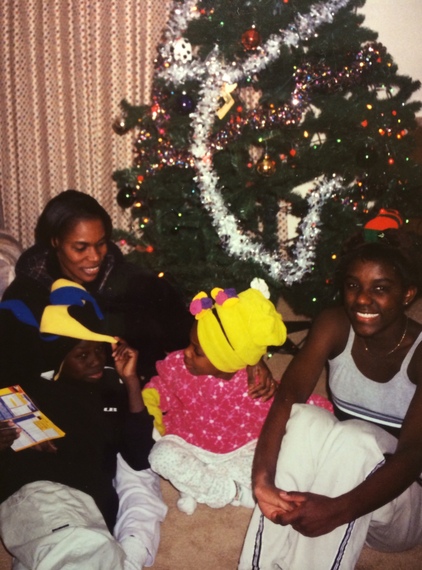