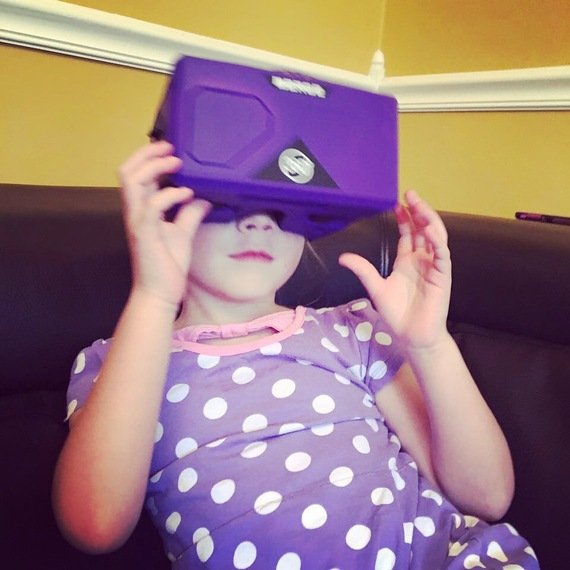 "Mom, can we go hunt for more Pokemon today?" asked my 6-year-old a few days ago. I said, "No honey, you have a dentist appointment in a few minutes." She then replied, "Mom, there might be Pokemon at the dentist's office. We should check."

Low and behold, she was right. There was one Pokemon at our pediatric dentist's office. We played Pokemon Go for a few minutes and then they went to an area of the waiting room that has animated games being beamed down by a projector on the ceiling. You know, the games where they kids get totally immersed and jump around on the floor and score points. That's the moment I realized I'd be raising three virtual reality natives. They were accepting augmented reality, no questions asked.

See, we often talk about millennials (I'm an older one) and Gen Z, most of which are digital natives. But in my work pioneering immersive public relations and VRPR, I've come to realize that my children will grow up in a world where VR, MR and AR technologies will be an everyday thing and will be second nature. They are digital and virtual natives at the same time. I also realized that a few months back I had already introduced my kids to augmented reality without realizing it when we started playing with Snapchat filters (which they love!).

A few weeks ago, one of my Facebook mommy friends posted a video of her 5-year-old son trying out Google Tilt Brush for the first time and I was amazed at how at ease he looked. He just went with it and his acceptance of the technology was so fluid. A few days later I decided to intro my kids to VR and 360-degree video in a very short burst. I decided to show them a few short minutes of two NYT VR videos. One was Man on Spire and the second one was Seeking Pluto's Frigid Heart. I wasn't sure what to expect because VR isn't really recommended for kids, but I wanted them to experience what mommy is so passionate about if only for a few minutes. 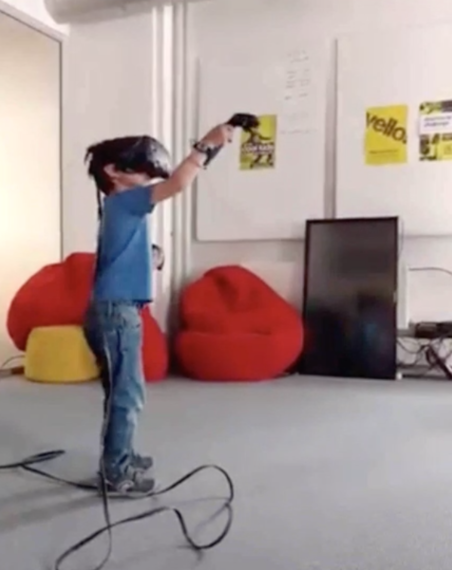 I put my cellphone into my Merge VR goggles and asked my son to sit down on the couch while I strapped it on his little head. He immediately started oohing and aahing while telling me what he saw and at one instance was saying hi to a man that he could see in the video. It was so normal for him. He looked so comfortable and so immersed. He didn't ask much, he just sat down and enjoyed it. (Ok I did have to ask him to sit down several times, he's a rambunctious 4-year-old boy). 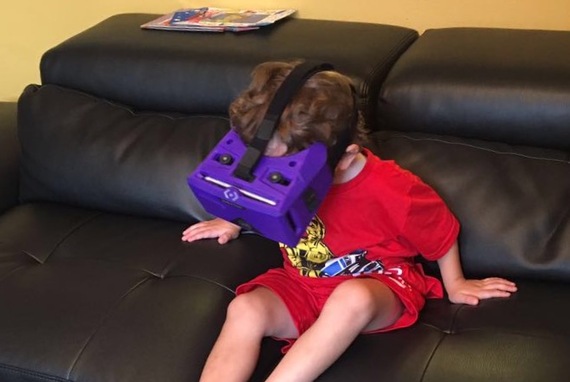 I'm thrilled that Pokemon Go has introduced the world to augmented reality (AR) and that brands like Nintendo are on a mission to make VR safe for children. According to an article in Engadget, Nintendo is looking into making VR kid-safe, so that parents don't need to worry when their kids don a VR headset. Some ways to possibly do this are by "protecting eyesight, maintaining a manageable weight and preventing children from smacking into objects." VR tech is also set to be one of the hottest gift items on many children's Christmas lists this year with the launch of Sony's PlayStation 4 based VR system. According to Road to VR the new PlayStation 4's Healthy and Safety disclaimers now include a message specifically pointing out that it's not to be used by anyone under the age of 12.

Children that are being born right now and that have been born in the last few years are true virtual natives. They embrace technology at a faster speed than the digital generation. My kids know how to use an iPad and unlock my cellphone, but was baffles me is how easy they accept VR technologies without any qualms. They know that mommy likes to film video with her funny looking (360-degree) cameras, likes creating worlds on the computer (on Unity), and is trying to tell stories in new ways.

My children will grow up in a world with unprecedented access to VR technologies and this excites me to no end, but it also stirs up many pressing questions in my mind. Will they experience real life or will augmented or mixed reality be a big part of their lives? Are VR technologies safe for children? Will VR make us more human or less? There are still many moral and ethical questions that need to be asked, but the fact is that we NEED to ask these questions because VR is not slowing down. The days of the "Material World" where I grew up in listening to Madonna are over, my children are growing up in a virtual world where augmented reality creatures pop up in their dentist's office, where they can paint a picture in a virtual world and also be able to visit Pluto on any given afternoon.