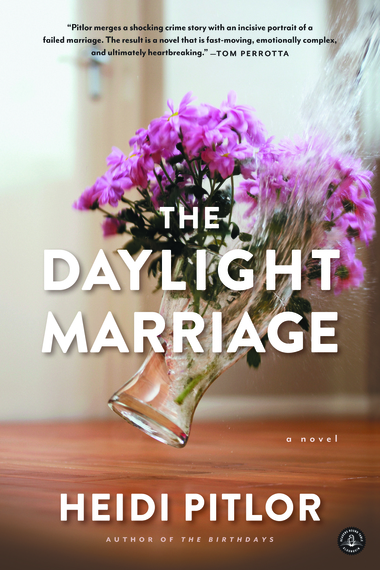 In Heidi Pitlor's The Daylight Marriage, when wife Hannah disappears, her husband, Lovell must not only wonder why and grieve her absence but face the scrutiny of their marriage by authorities and the media. I kept thinking could I be judged by my worst day? You know the kind of day: snapping at your kids, serving fast food for dinner, trading barbs instead of goodnight kisses with your spouse. Reading this novel reveals how the everyday, mundane we take for granted can so easily be cast in a new light.

How do you feel daylight works a metaphor in this novel? Why is it a daylight marriage?

To me, The Daylight Marriage is book about exposure. We begin the story one evening, as a husband and father, Lovell Hall, comes home late from work and enters one of the darker nights of his life. We end the story as this man soaks in the sunlight of a bright day. The characters, as well as the reader, are exposed incrementally to various truths as the book progresses. The book also shines a light on the internal lives of two people, their marriage, their hopes and expectations and disappointments.

I suppose that light equals truth in this book, as well as knowledge. Lovell is a climate scientist, his lifetime work the pursuit of trying to link global warming with the frequency and severity of hurricanes. He finds himself able to prove at least a partly causal relationship between human behavior and global warming and hurricanes, but not the correlation that he so craves. There are of course too many variables for any scientist to achieve this. Causality versus correlation is a theme in the book. On some level, Lovell is trying to understand his own role in his wife's fate, whether his own actions or inactions were ultimately causal or, more disturbingly, correlative to her disappearance. What will happen to him and his family if he and they are unable to comprehend his impact? What about when the news of her fate grows more and more concerning? These were questions for me as I wrote. 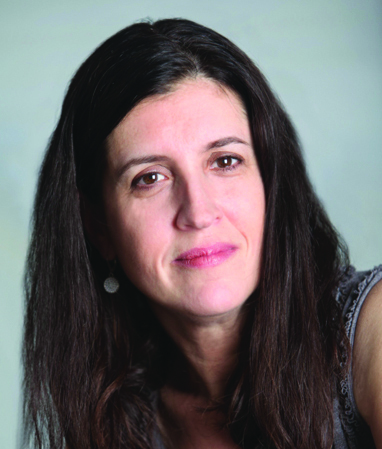 This novel makes use of two distinct threads; how did you approach this in your writing process?

Although this novel underwent countless drafts, Hannah's thread was always quite clear to me and changed little throughout the revision process. Lovell's thread, on the other hand, changed dramatically. Initially, his story spanned years, not just months. Most likely, by spreading out his story, I was avoiding the deeper, darker places that needed exploration. Kathy Pories, my very wise editor at Algonquin, helped me hone the plot and increase the tension by shaving down his story. I initially had in mind a longer, slightly less intense book, but she helped me find the more powerful, leaner and meaner book that was hidden there all along. I'm grateful to her, as I think the final version is a stronger book.

More technically speaking, I use an enormous white board to draft out plot points. I filled a notebook with timelines and the various turning points within each narrative. I moved each chapter back and forth and ultimately tried to place them such that they informed each other, while building tension as the reader turned the pages.

What is your favorite line from the novel and why?

I probably ended up cutting many of my favorite lines--those pesky "darlings" that seem brilliant when we write them, but unnecessary and/or plain showy later. One that made the cut, one line that I kind of like comes just after Lovell has received some critical but inconclusive news about his wife. He learns the news via phone, hangs up and sits alone in his bedroom for a moment, looking out the window. It is winter. "New snow coated the backyard and had been blown by the wind into feathered patterns. The earth was beautiful and atrocious." This duality came to mind so often as I wrote the book.

In your work as series editor for the Best American Short Stories collection, you read a lot of short fiction; how does your reading inform your novel writing? What about makes it challenging to your own creative process?

Great question! Yes, I read a lot of stories, somewhere between 3-4,000 a year. To be honest, I think that my reading for my job as series editor, a job that I've had for almost ten years now, has come to influence my writing less. I try to write first thing in the day, that is after I've dropped off my kids at school, but before I read stories. I try to separate my writing from my job, so that each receives its own distinct energy. Writing a first draft requires a certain boldness and stupidity, a willingness to try anything and ignore the inner critic. This is a very different approach than reading from a critical standpoint. When I'm revising my novels--which is most of the time, as I write a first draft rather quickly and seem to take forever to revise the damned thing--I of course become more critical, but it is a different sort of head space than that with which I approach the stories. I'm kinder to the stories. I'm looking for them to succeed. I'm watching for energy, humor, vibrancy, darkness, weirdness. I'm always looking for mastery of language. I'm looking for what might be there, rather than what's not. When I revise my own work, I'm fairly savage with my own words. I see only what's not there, what's not succeeding.

My job as series editor, as wonderful as it is, makes it less likely for me to pick up short fiction or sometimes any fiction for pleasure at the end of the day. It's challenging not have the bandwidth to read what might better inspire or inform me, which is not to say that the short stories never do that. A good story can inform or inspire me just as much as a good novel or book of nonfiction or poem. But my job is to read every story that is eligible for The Best American Short Stories, and it goes without saying that not all of them light me on fire. I have a list a mile long of things that I'd ideally like to read some day.

I've found that inspiration and influence can come from almost anything, though. I'm mostly inspired by the people around me, by the interplay between them, by the movement of time and the strangeness of our world right now.