Yesterday, my 9-year-old granddaughter ask me what a slip was. She had heard me say something about one and had no clue what I was talking about. I was shocked... until I thought about it. Why should she know what it was? She'd never worn one and probably never seen them in stores. A slip to her was no different than a corset was to my generation.

The only reason I only knew what a corset was because my mother was a big Gone With The Wind fan and I had watched Mammy lace up Scarlett O'Hara so she would have a 16 inch waistline. The first time I watched that scene, I immediately gave thanks that I wasn't born in that generation. I can't imagine how it would feel to have my innards squeezed that tight. I have tried wearing Spanx a few times and that was enough to make me miserable. So miserable that on the way home after the dinner we were attending, I peeled them off in the car, rolled the window down and threw them out somewhere on I-65. 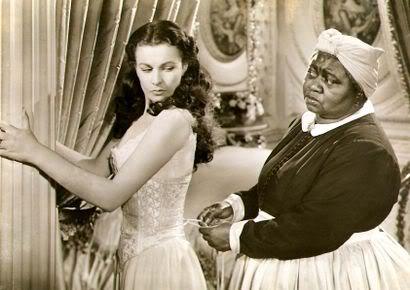 The Difference in Generations

When I was a little girl, I was taught that slips were essential. Until I was about 8 or 9, I wore a crinoline petticoat with layers of ruffles and tulle beneath my 1950s dresses. It itched like the dickens and more than once I got admonished to "stop scratching down there." They were fun to twirl around in, but that made your dress fly up and heaven forbid someone saw your panties. That was the beginning of my love/hate relationship with slips. 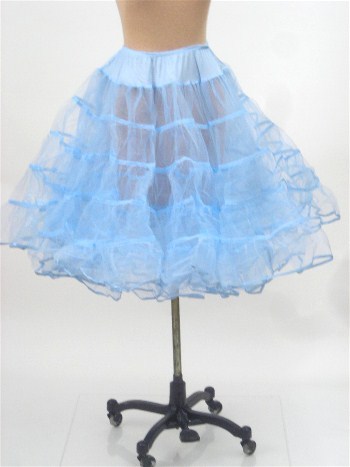 When I outgrew the crinoline slips, I was introduced to whole and half slips. These didn't twirl and I could see no purpose in them. By that time I was in high school and most of my friends no longer wore them, but to keep the peace at home, I did.

My grandmother was born in 1913 and wore dresses all her life. My mother tried to get her to wear pants and bought her a couple of lovely (or so she thought) polyester pants suits during the late '70s. She wore them a few times, then put them in the back of her closet and went back to her dresses. Beneath every dress she ever wore was a slip or a petticoat, which was what she called them.

Because Grandma lived through the Great Depression she never, ever threw anything away, and that included petticoats. The ones she wore in her later years were most likely the same ones she had been wearing 30 years before. She could do that for the whole slips, but not so much for the half ones.

Half slips had elastic waists and elastic eventually wears out. One day while shopping at the local grocery store, Grandma's petticoat fell off at her feet, somewhere in the produce aisle. She quickly stepped out of it, scooped it up and put it in her purse. We teased her about it unmercifully and that year for Christmas she got at least five new petticoats.

My Aunt Betty (not her real name) is also a die-hard petticoat person. Most women these days don't bother with them, but she does and it paid off for her in a big way a few years ago. We were at church and my husband was leading the singing. My aunt and uncle were seated a few rows in front of me. My husband asked us to stand for the next song and when my aunt stood, the heel of her shoe was on the hem of her skirt. Her skirt had an elastic waist band and so her skirt was pulled down a good 10 inches, exposing her behind. She had on a slip so you really couldn't see anything but a white expanse of material that wasn't supposed to be showing.

Everyone seated behind her immediately started trying to stifle their laughter. My husband, who was up front facing the crowd, thought we were laughing at him and checked his fly to see if it was open. It wasn't, but that was funny too. Then my uncle realizes what is going on and proceeds to try and amend the situation by pulling my aunt's skirt up for her. She has no idea what he is doing and starts swatting at him with her hymnal. The whole scene was straight from a Chevy Chase movie and of all the funny things that I have seen happen during church, this was one of the top 10 funniest.

There was an old television sit-com called "Petticoat Junction" that I watched as a child. It was about three young girls who lived with their Uncle Joe near a train station. I'm sure those girls wore petticoats (they probably had to), but modern-day women don't seem to have much use for them. My granddaughter will probably never even know what a slip is. I don't even own one anymore. Like corsets, girdles and garter belts, petticoats are gone with the wind. 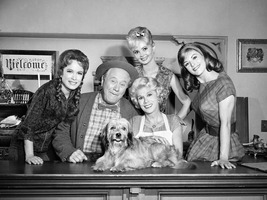