It has been four years since I have been in a cholera treatment center (CTC) in Haiti and five years since the United Nations infected the Mirebalais River by dumping raw sewage from the Nepalese encampment into the waterway.

The river system is forever contaminated, and cholera will never be eradicated from this island nation that had never before experienced the deadly disease. What followed was an attempted cover-up by the United Nations, and a slow response to a plague that has now killed almost 10,000 and infected over 743,000 since October 2010.

Truth spoke with the help of the courageous Organization of American States Brazilian diplomat and Professor, Ricardo Seitenfus. Seitenfus was fired from the OAS for telling the truth in 2010.

Standing outside the Nepalese United Nations camp on the banks of the Mirebalais River at the genesis of the outbreak, one could see the sewage pipes before they were entombed with rock in an attempt to bury responsibility. It was obvious what was about to happen as Vibrio cholerae slowly seeped into Haiti's central waterways; finally exploding beyond containment in Haiti's largest river, the Artibonite. 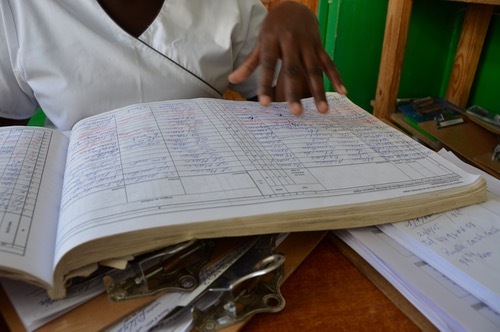 "The Book of Numbers" at the hospital in St-Marc is a volume of despair. The CTC continues to receive patients--196 admissions so far this November and two deaths as of last week. The "book" holds twenty names per page and is several inches thick. One must still walk through bleach before entering and leaving the cholera ward. You can disinfect boots, but not rivers and streams in a country that has no central water treatment facility.

The trends this year are tripled compared to last year. 19,949 cases and 170 deaths occurred countrywide in July 2015, as opposed to 7,739 cases and 56 deaths in July 2014. One must remember that these are cases that made it to reporting centers and hospitals. It is suspected that many more incidents go unrecorded in remote regions. Official counts change rapidly. 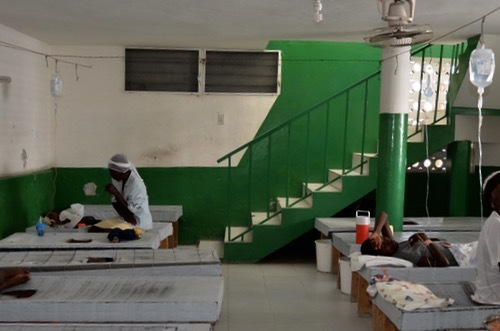 The flesh and blood people lying in misery on the cholera cots are testimony to the larger numbers. Babies, the young, and the very old inhabit the CTC in St-Marc. Seeing someone on a cholera cot is to see someone completely exposed and vulnerable. There is a hole cut in the center for the constant and interminable diarrhea and a bucket nearby for vomiting. Hospital gowns are stained because they cannot be changed fast enough. IV lines are taped to thin arms, providing life-saving rehydration, but the misery continues for days.

It is stunning to learn that the hospital does not have enough supplies: not enough rehydration fluids; and too few rapid detection tests after $95 million was promised by USAID for cholera.

Despite these millions and millions of dollars, a few boxes of rehydration fluids stand between the suffering people and the morgue. Odors from the morgue seep into the parking lot, and are a violent assault to the senses. One can smell the truth. 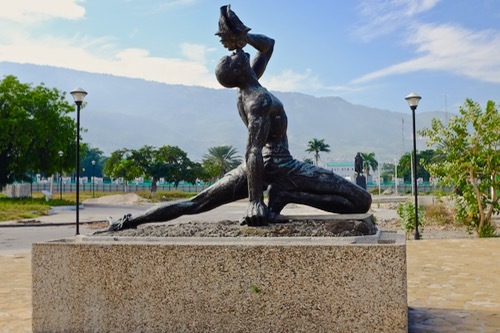 There is an evocative sculpture in Port-au-Prince located on the "Champ de Mars," and near the site of the former national palace. The palace did not survive the earthquake of January 2010, but the statue, "Neg Mawon," or unknown slave, remains standing and undamaged. The late artist Albert Mangones celebrated the slaves who revolted against France from 1891-1804. The slave is chained, yet defiantly blows a conch shell to summon others in a fight for freedom.

There are many shackles still attached to the Haitian people. International meddling has tightened them, but cholera should surely be one of the easiest to loosen and break. It is the least the international community can do. It requires will, a moral stance and a sincere apology. Redemption from international sins demands atonement, not short news cycles focusing on the pornography of poverty and the current electoral crisis, or breast-beating and years of mea culpas.

With Andre Paultre in Haiti