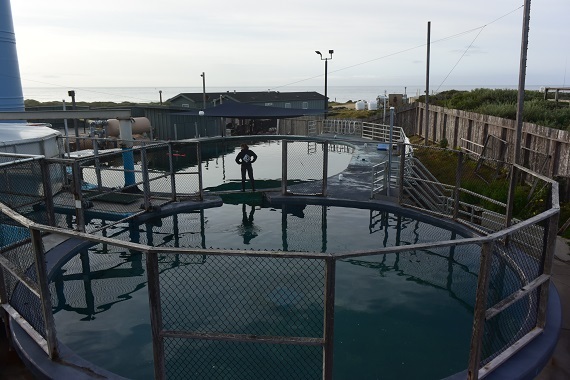 This week in the pre-dawn hours we lifted Primo, the bottlenose dolphin, out of his home of 22 years and into a carrier in the back of a covered truck. Under the watchful eyes and gentle hands of his long-time caregivers, his veterinary team and SeaWorld animal care staff, he made the slow journey to his new aquarium residence. He was the last of my research "zoo" at Long Marine Lab on the University of California- Santa Cruz campus, the last of an eclectic assortment of rescued and retired dolphins, endangered seals and sea otters that taught us so much about the biology of marine mammals.

Today the old dolphin and I were placed into hibernation for the next year to make way for pool renovations and to face an uncertain future. As Primo left I wondered if this was the fate of all zoos and aquariums, and the destiny of SeaWorld. I wondered what was going to happen to all of the wild animals that we were trying to save.

These are uncertain times for big charismatic animals in the oceans and on land. Many populations are declining. Money is scarce for pool repairs and big mammal research, made worse by the public's vocal distrust of scientists, zoos and aquariums. Many biologists are simply giving up. The marine mammal programs at the University of California- San Diego and the University of Hawaii are now gone. We are the struggling last of our kind- our Long Marine Lab is the only academic-based marine mammal facility for dolphins, pinnipeds and sea otters in the world.

I fear that the ensuing ignorance concerning marine mammal biology will keep wild dolphins, whales, seals and sea otters at risk. The evidence is clear as carcasses and sick animals wash up on our shores every day. We desperately need the science to solve the problems.

At Long Marine Lab, Primo taught the teachers and tested the researchers. I've harbored no misperceptions about which of us was in charge all of these years. In letting Primo lead my science, our studies have always turned out much more interesting than I could have ever imagined. He revealed the secrets of cost efficient swimming and surfing, was a model subject for wild orca metabolism, showed off his strength so dolphin safe fishing nets could be developed, and warned us about the impacts of climate change and oceanic noise on wild dolphin survival.

With a flick of his tail, the dolphin could elicit high-pitched squeals of delight from visiting school children that rivaled his own sonar frequencies. He comforted cancer survivors, ALS patients and children with learning disabilities. Primo was also the epitome of patient counselor for the annual summer camps that inspired several generations of budding marine biologists. He made the crustiest of academic visitors smile. Most importantly, he trained hundreds of undergraduate volunteers in the art of veterinary science, animal husbandry, and scientific research. Many became educators, doctors, veterinarians, and scientists in their own right. Others currently work at zoos and aquariums across the nation, spreading Primo's marine conservation message to over 26 million public visitors each year. 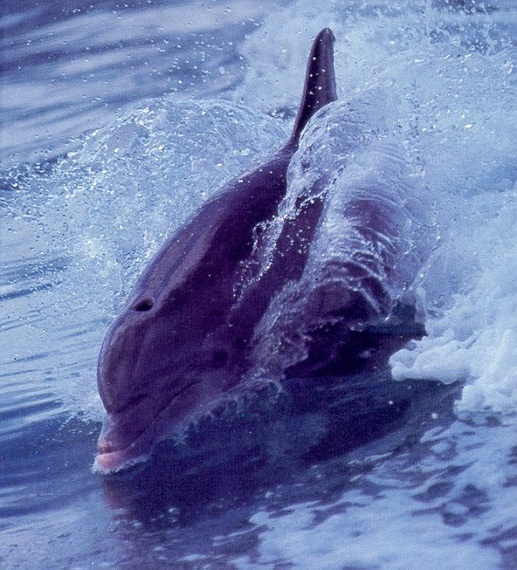 Some would argue that this is no life for a dolphin; that he should be set free to roam the seas. I don't believe that Primo sees it that way. Even before his retirement from the US Navy, he reveled in the human attention, and the mental and physical challenges of conducting research. He is an individual who knows his own mind; to deny him that would be unthinkable. Ultimately, his fate has been to help his wild kin navigate our changing oceans.

The pools and overlook at Long Marine Lab are silent now; the waters are eerily still. As I look out over Monterey Bay, I wish that I could take the easier road. But after 30 years of conducting marine mammal science, I've learned that it is unrealistic to think that we will solve the threats to wild marine mammals by only studying them in the oceans. I've been there, and until humans reverse climate change, engage in sustainable fisheries, stop using gillnets, halt oceanic oil exploration and transport, bar plastics and control the exponential population impacts along our coastlines, we will need dedicated dolphins like Primo and places like Long Marine Lab, zoos and aquariums where researchers can work.

Without them the oceans will eventually be as barren and silent as our pools are now.