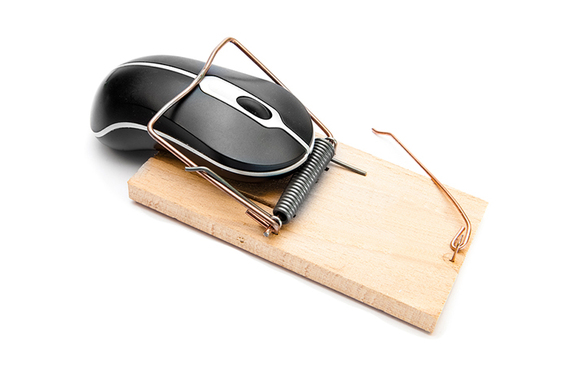 Ah, the infamous click bait. Journalists have relied on this powerful, yet sleazy, form of marketing nearly since the inception of web-based news feeds. It began with meaningful titles that were genuinely intriguing. The title of the article was entirely fulfilled (in most cases) in the body of content that was offered. Nevertheless, where there's a good intention online, sometimes bad apples can sour the entire barrel.

In the case of click bait, that's exactly what happened. Media websites are basically glorified advertising engines. You are attracted to visit the website because you want to read the content. The content serves to satiate your mental palate, meanwhile the real goal is to get you to view more ads from sponsors and click on them. It's the same thing that newspapers and magazines featured with ad reach during the pre-dotcom paper era; except now it is digitized.

The primary problem with click bait - amongst countless others - is that it's been so abused that avid readers and would-be clickers have become increasingly wary of any questionable title. As unscrupulous journalists and advertisers have eroded the confidence in article titles, no longer do they always fulfill the obligation of serving the title and preface with substantive, meaty content.

Thank goodness the powers that be online have finally caught on. People, simply put, abhor click bait. Nobody wants to click a title to only realize that they've been duped into seeing an ad or reading a shoddy article that's filled with ads that lied to them in the title's subject ... and all just to get them to click on it.

The great news is that click bait is slowly wheezing out its final breaths. Just as Google has promised more relevant search engine results that are as spam-free and as useful as possible, social media giants and news aggregators alike are getting the clear picture about the downsides of click bait, and you can bet the ban-hammer is finally starting to swing.

Since AOL was the very first, technically, major online entity (remember those annoying ads that you would get in the mail with a CD and the promise of so many minutes of "free" dial-up; for that matter do you remember when you paid for internet on a per-minute usage with a dial-up connection?) that embraced the click bait phenomenon. 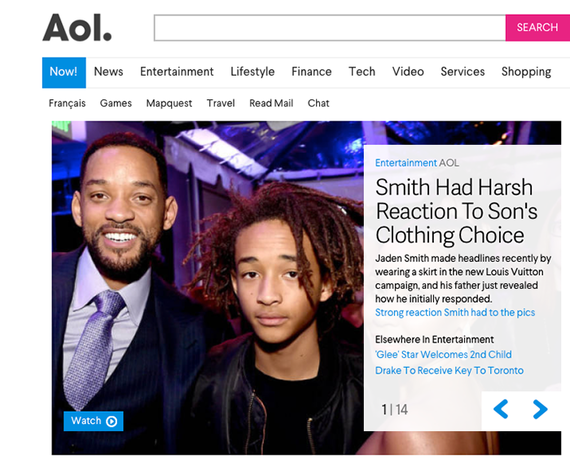 Today, even though AOL has decreased in size and is no longer considered an internet premier, but rather a dead-in-the-water (mostly), web 1.0 entity, they are still a chief offender. The image above delivers the perfect example of click bait in action. But it gets even worse.

You see, AOL is the owner of Tech Crunch. Fully aware that they are click-baiters, they even recently published an article, which was featured on the AOL home page, that links back to another article, which is featured in Tech Crunch, and the article is entitled: "He wrote about clickbait but what happened next will stun you."

In the article, they attempt, poorly, to defend click bait tactics. The basic premonition is that you are not paying for the click bait and therefore should not care. But in reality, it's entirely disingenuous to the news cycle.

Of course, AOL makes most of their money off click bait articles and ads, so, naturally, they will defend such nefarious practices to the highest of heavens. But that doesn't make it right, and it assuredly doesn't mean that click bait isn't getting lopped off at the shoulders in the near future.

In enters our second contender, an equally as guilty web 1.0 entity that's struggled to identify itself or find a way to remain profitable. After years of problems, Yahoo was finally sold to Verizon in a blockbuster deal that was reticent of the scanty amount Myspace was sold for during its second sale, following its boom-and-bust tenacity.

In three words, Yahoo is: Click bait central. Yahoo sells tons of ads to syndication services that often link you back to a spammy and pop-up filled article farms or picture galleries that rarely fulfill the promise of the article's title. Half of the time, it's not even an article that you click over to.

Ironically, Yahoo's submission guidelines say they don't accept click bait. But just one look at their home page assures that about 50% or more of all articles are inherently click bait. And the executives wonder why the company continues to hemorrhage money.

Social media sites are waging a battle against click bait articles in efforts to not only be as transparent to their users as possible, but also to make the content more genuine and appealing. Leading the charge is Facebook and their new anti-click bait algorithms. They've been integrating these algorithms for two years, but the spammers keep defeating them and getting click bait posted. 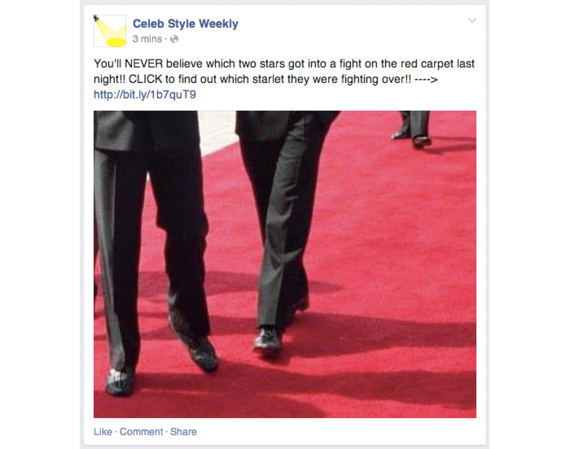 In a blog announcement, Facebook advises: "A small set of publishers who are frequently posting links with click-bait headlines that many people don't spend time reading after they click through may see their distribution decrease in the next few months. We're making these changes to ensure that click-bait content does not drown out the things that people really want to see on Facebook."

In so many words, if you are posting click bait or are reposting it, you'll be banned from the news feeds and you won't gain the traction that you used to with any post. Repeat offenders risk being banned altogether from Facebook. To further prevent future abuse, Facebook has added an entourage of banned titles to its database that will prevent click bait titles from ever making it unto pages. In the future, you'll likely enjoy a better social experience that's free from spam as a result of these noble efforts.

A PBS article talking about the demerits of click bait perfectly summates this equation: "Click-bait is rarely newsworthy, but it does attract eyeballs. The assumption seems to be that audiences might stay for the "serious" content after gorging on the fluff."

Media companies claim that without click bait, they will be dead in the water. The reality is that click bait should have never existed in the first place. No ethical news organization should ever bow to such a slimy advertising dollar, one that alienates their audience and ultimately detracts from long term retention.

Click bait is, fortunately, a dying prospect. People have spoken loud and clear. Entire websites have been formed to combat it. Nobody likes it. Facebook hashtags like #SavedYouaClick have been created and include the answer that the click bait was supposed to get you to click on to find. According to Business Insider, native ads (ads that look and feel like the content they are surrounded by) will "drive 74% of all ad revenue by 2021." This will, essentially, make click bait as instinct as the dodo bird. 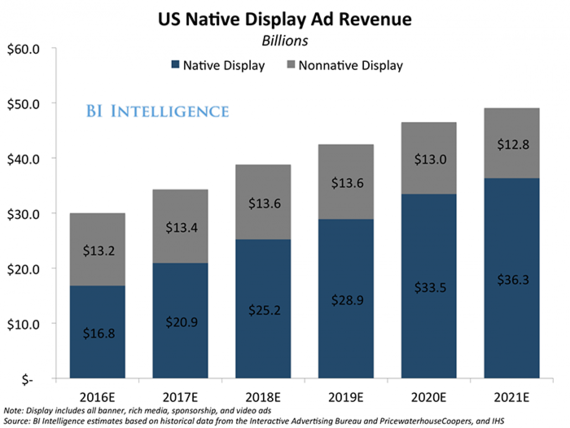 In conclusion: click bait is finally in hospice. Soon, the nurses will pull the plug. By 2021, it will have flat-lined and will be eradicated from web 2.0 existence once and for all. Besides, advertisers need not sink to such low depths just to earn a few clicks. Here's a much more novel approach: Give people quality content and earn money from related ads that they actually want to click and convert on. It's not rocket science. It's called ethical content marketing.