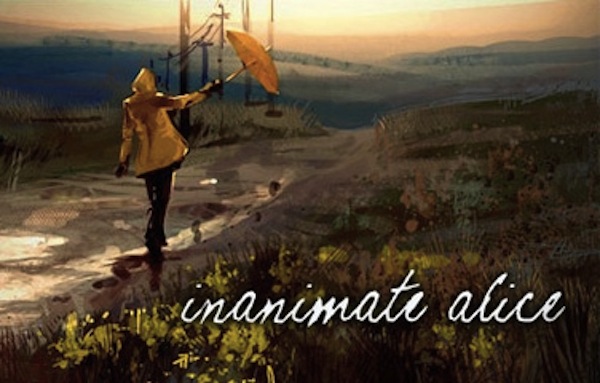 This is the 4th in a series of born digital literature

Although the modernist ideal of the genius artist creating a masterwork in solitude remains alluring, the networking power of the Internet provides the opportunity for a more collective creativity. This includes creative commons appropriations, partnerships that pool the skills of individual contributors and crowdsourced works of art.

Many writers of electronic literature have embraced this trend though rarely in its most radical form. One reason is that true crowdsourced lit tends to produce a fairly unreadable mess. Penguin Books' A Million Penguins ended up with 1500 authors who contributed over a thousand pages. According to Kate Pullinger, the writer who oversaw the project at De Montfort University, "The project ran from 1 Feb 2007 for five weeks, and all of us who were involved with it remember it as a time of chaos and great entertainment." Penguin decided not to expend further resources on the novel and the website is now dead.

Pullinger and her collaborator, digital artist Chris Joseph, have managed to create two born digital works which successfully incorporate readers' contributions by maintaining an overt separation between these and the original story. 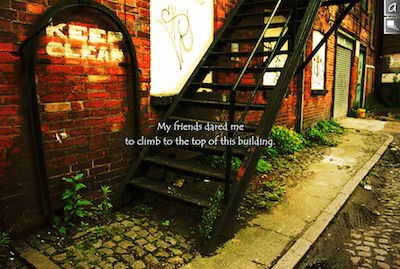 A still from Inanimate Alice

Inanimate Alice (first episode published in 2005) is an award-winning digital young adult interactive novel that combines elements of film, games, text, and music to describe eight-year-old Alice's round-the-globe journey with her make-believe friend Brad. Over the years, the authors created a downloadable curriculum that can be used to teach children how to read and write multimedia fiction. Moreover, they collaborated with Andy Campbell of Dreaming Methods to provide readers with an application and digital assets both downloadable from the site, that allow them to create their own episodes of Inanimate Alice. 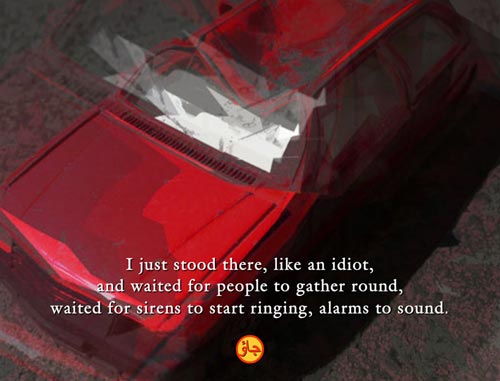 Still from Pullinger and Joseph's Flight Paths
Flight Paths was specifically developed as a networked novel. It uses text, video, image, audio, and animations to tell the story of Yacub, a Pakistani refugee who falls from the sky, and Harriet, the bored British housewife who witnesses his fall. Flight Paths includes a Flickr archive of contributed photos and Flickr image searches for "Dubai," "flight paths" and "Sainsbury's." 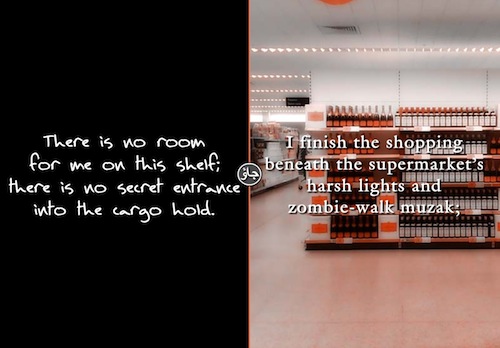 I asked Chris about the experience of creating these crowdsourced works:

The original version of Flight Paths was always intended to be open to contributions, and that was a large part of what we wanted to explore -- firstly, investigating whether it would be possible to crowdsource enough material for a story like this, and secondly what solutions for sharing content (blogs, aggregators, comment boards) would be the most effective.

Inanimate Alice was never really intended to be open to contributions in that way, but we were thrilled to see that school students were creating their own episodes with video or storytelling tools. As soon as we saw this happening we tried to make it easier for any teachers and students using Alice as a base for their digital storytelling by making available as many of the episode assets as possible.

So I think the two projects are an interesting contrast of two crowdsourcing strategies -- the first intended from the start, the second an unexpected and organic growth in participation.

I've worked on projects crowdsourced from particular pre-selected artist or writer networks, but I'm not convinced that allowing absolutely anyone to contribute can be successful, in terms of maintaining a clear narrative or aesthetic. I wouldn't completely rule out the possibility of something working, but stories tend to end up a bit like the (intentional) Exquisite Corpse of 'The Story So Far' . I don't think I've seen any really good digital fiction created this way yet.

For many electronic writers, collaboration, though not crowdsourcing, is a necessary and often preferred way of writing. Few people have all the skills necessary to create works that require web-design, coding, excellent writing, and use of image and sound. I asked Kate, who has written award winning conventional novels, about this collaborative experience.

During my year-long fellowship (at trAce, an online writers' community that was based at Nottingham Trent University ) I realized that I wasn't interested in learning how to code and design beyond basic html -- I'm interested in writing. So I can't work in the digital sphere without collaborating. Chris and I work closely together developing a script for each piece, a script that includes the text that will appear on the screen, as well as ideas about music, colours, themes, images, etc; I write the first draft of the script and then we edit and expand it together. The division of labour is clear -- I plan, structure, and write the stories, and Chris has fantastic skills as a web artist. Chris also does all the music for the work we create.

Appropriation is a common form of de facto collaboration that many electronic writers use. Flickr, Youtube, Soundcloud have huge stores of creative commons assets. I asked Chris about this process.

The images are created from scratch with the help of photographers and artists, or adapted from Creative Commons sources. I write the music, and additional sound effects might be sourced from the wonderful Freesound community if we need something specific.

Copyright is always a concern, so we are very careful that any elements are our own or have been made available under a suitable Creative Commons license. On a couple of occasions we have come across copyrighted images or sounds that were absolutely perfect for the particular story, and fortunately the creators have been extremely kind and permitted us to use them in the series.

As with authors of conventional fiction, electronic writers look for an audience . This is fairly easy if your book is published by a giant like Penguin Books, but most electronic writers are forced to find novel routes of promotion and distribution. For instance, Inanimate Alice was made proprietarily available for a month on the British newspaper, The Guardian's website. I asked Kate about how she and Chris get the word out about their work.

The Guardian connection came about because a journalist, Michelle Pauli, interviewed me for the paper's website prior to episode 3 coming out. The paper then took an interest in the project, and so helped launch episode 3 by featuring it. For the first few years Chris did a lot of work submitting IA to competitions and exhibitions, and we were very successful with that aspect of getting the work out there. In the past couple of years, Ian Harper has worked hard on making partnerships with educators and digital literacy advocates around the world. With 'Flight Paths', we also entered it into competitions and exhibitions, as well as relying on word of mouth.

Reaching new audiences is a huge challenge for digital writers. Although publishers do now promote digitised fiction (print fiction make available on digital devices) there are still very few outlets and channels for born digital fiction. You rarely see digital works reviewed in popular art or literature columns, so it can be hard to raise awareness of this work in the public eye.

Apart from the authors' own websites, there are relatively few distribution channels outside of a small number of digital literature sites and competitions. Mobile channels offer great possibilities, but they also have some serious barriers to entry for individual authors (not least the technical skills required). Hopefully (hint hint!) agents and publishers will realize that there are great returns to be found in born digital works, as Inanimate Alice and other works have proved that there is a demand for digital fiction across a wide range of age groups.