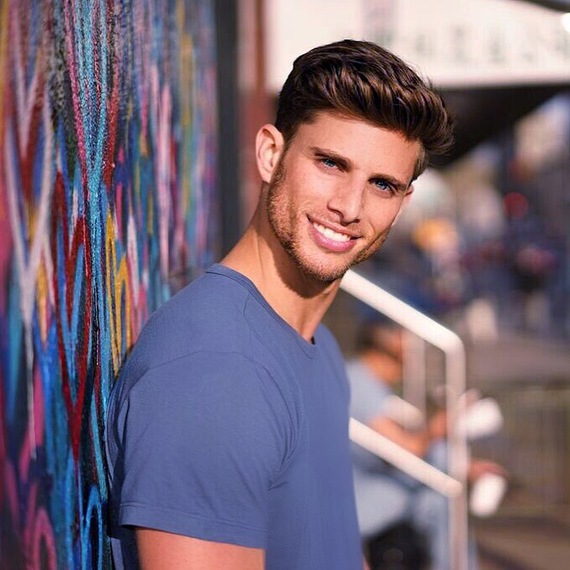 I hate to be the one to tell all those poor guys this, but the man bun and beard are dead.

Yes, for quite some time now we've seen dudes rocking more hair on their heads and faces than well, almost since we first became a species. Instagram accounts were created to worship this look, and guys everywhere were borrowing their girlfriend's hair ties.

Lumbersexual saw a rise, and it looked like us urban folk had been living amongst the men of the woods. It started out pretty harmlessly, but then things went to the extreme. It was hair on hair on hair.

However, as summer approaches and dudes have finally gotten their hair long enough to keep it out of their faces, the fashion industry is going to make sure all those months and years of hard work, aka not doing anything, are destroyed.

I have been telling friends for a while now that summer 2015 will see the death of all the hair, but now it truly seems like it is coming to fruition, or rather the end.

As someone who works closely with many fashion influencers and insiders, I have been gifted the privilege of knowing what is happening behind the scenes, and the truth is, excessive hair has had its moment.

Yes, we've seen tons of advertising with this trend on main display, but like all trends, they must come to an end. The anti-cool cool look is slowly, but surely being phased out as we see more money being spent in fashion once again like in the '80s, which was the heyday of pure beauty, glamour, and close shaves from face to toe.

Whether you realize it or not, the fashion industry subconsciously tells you how you want to look. I believe Meryl Streep's character, Miranda Priestly, says it best in The Devil Wears Prada, "that blue was picked out precisely for you." So as we head back into a chic age of fashion as a trend, not just a classic style, get ready to feel like you do in fact want to ditch all the hair.

I almost feel bad for all the guys, who finally found game because they could grow an oversized bush on their face, or experimented with some version of an undercut gone a wry, or just let pure laziness flow into a look.

Sure, long hair on specific people will always look amazing, and the same holds true for beards, but we've now reached the point in the journey where we must literally cut our loses, or gains in this respect, and feel the sun shine on that hairless head of yours.

To be honest, the main point I think so many men need to take away from this, is that yes, experimentation is part of fashion. However, finding your own personal style never goes out of style.