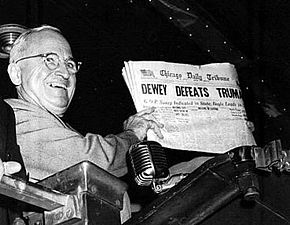 For good or bad populism is holding sway. Donald Trump and Bernie Sanders both presided over uprisings against the leadership of their respective parties. The same may be said about data. With the advent of Google (which provides the mechanism by which anyone can become a blogger) and Amazon (where anyone can self publish), Thoreau's "mass of men" no longer need "lead lives of quiet desperation"; information has become like a dam which is in danger of overflowing and flooding the farmlands it was formed to irrigate. Take news for example. There was once a news business presided over by respected entities which represented varying poles of the ideological spectrum. Back in the 50's a Hearst publication The Journal American represented the right and Dorothy Schiff's New York Post, the left. In between were The New York Times and The Herald Tribune. You still have major papers, albeit fewer ones, in most areas of the country. But now the populace is no longer ready to defer to Jimmy Olson, the star reporter for The Daily Planet. You join Facebook and suddenly you're a chronicler of the era. The internet is flooded with all kinds of sites that have been created by self-appointed primary sources. Few are ready to stand down or defer to the authority of those with more experience in the field. If you cross the Turkish border and find a way to keep your head on your shoulders (literally), then suddenly you're as good as AP or the old UPI. If you take picture you're Magnum. Who's to stop you? This leveling or democratization of information naturally has its positive side. For instance no recent election has created as much interest as that between these two widely detested candidates. But the downside is that there's no possible way to parse out all the input. The result of everyone having been given a voice is deafening roar.