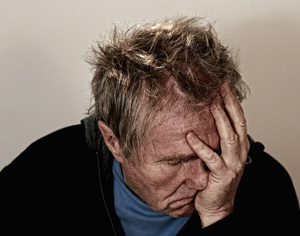 All of this results in psychiatric patients being turned away from health care facilities. It is not uncommon for a person to be in a suicidal crisis, or even have attempted suicide, and be sent home from an emergency room. And it is even more common for people in other types of crises to be turned away from help.

Then there are the patients caught in the middle. They are "too sick" for outpatient programs and yet not considered "sick enough" for admission into a health care facility.

Yes, if you happen to be independently wealthy or have great health insurance you might have these experiences, but these are a reality for so many people with mental illness.

Putting Your Life on the Line for Mental Illness Treatment

And how do I know this? Well, I hear it every day in feedback on Bipolar Burble, a major blog on bipolar disorder. But even more disturbingly, I see it in how people actually find the articles on my site. I see it in the referral history. Some of the most common search terms used to find my site are "how to severely hurt myself without dying" and "how to attempt suicide without dying." And you can bet that if I'm seeing people on my site searching for this information every day, Google is seeing it far more often. (To be clear, I do not advise people to do either one of these things.)

But why are people looking for ways to hurt themselves severely without dying? That's easy. They're trying to find a way to get mental illness help, and they see no other way. These mental illness people are desperate for help and will literally do anything to get it.

We don't force other illnesses to this extreme. Cancer patients don't have to show that a tumor is threatening their spine before we offer them treatment. We don't force cardiac patients to actively be having a heart attack before we treat them. But with a psychiatric illness? If you're not almost dead, no one seems to care.

Who Is Responsible for the Desperation for Mental Illness Treatment?

And, in defense of the health care providers, they may actually care, but they don't have the resources they need to offer help. It's not all on the doctors' shoulders. But they bear some of the responsibility for being on the frontline and being the ones responsible for turning the suffering away.

The rest of the responsibility lies with all of us for allowing the mental health care system to get this broken. It is us, as a society, that are denying the most desperate help.

What people don't understand is that people are dying, becoming homeless and being put in prison every day thanks to untreated mental illness. And asking for help with a mental illness is one of the hardest things a person may ever have to do. And yet, when these people, brave enough to actually stand up to the prejudice against mental illness, ask for help, we refuse them. What does it say about us, as a society, that we refuse help to some of the sickest people around us?

Being desperate with a mental illness is common. You might feel desperate because treatment isn't working or because your symptoms have wreaked havoc with your life or because the side effects you're experiencing from treatment are distressing. These are common things.

No One Should Ever Be Desperate for Mental Illness Treatment

The United States is a society of means where some people make millions of dollars a year and spending on the military equates to 54 percent of all federal discretionary spending (Medicare and health accounts for 6 percent). Why is the United States spending nine times more on guns than on the health of its most vulnerable citizens?