As the moon rises over Mardi Gras 2012, I'm recovering from a day in which we met Mayans with End of the World 2012 signs, a honey badger and a Dogs Against Romney mascot, all within a block. The moons rising were of the Bourbon Street variety, and the Krewe of Ragnarok upped the ante on spectacle, with its two-story tall steam punk Trojan horse rolling into the French Quarter. Sights were eye-popping, but my eyes were fairly popped already after riding in Orpheus with the Jim Beam Devil's Cut / Maxim Magazine float the night before.

Jim Beam's great-grandson Fred Noe told me he came up with the idea from the tradition of sweating the barrel. A certain amount of liquid is trapped inside the wood of the barrel as bourbon ages, and Jim Beam has a modern process to release the whiskey from the barrel wood. Devil's Cut is 90 proof, but was smooth enough to fuel our entire float for four hours. The float's Queen, Maxim model Stevie Lynn Leow, has a mean bead pitch. If being ridiculously gorgeous doesn't work out for her, she could consider a pitching career. The King was a contest winner from Pittsburgh on his first trip to New Orleans.

Celebrities, both real and reality show, have been arriving in droves. Earlier that day my husband called from his gig to tell me he spotted one of Bravo TV's Real Housewives stars in the front row. Which one? "The blonde one." That's as much as we've figured out because he doesn't watch my show enough. The mystery housewife may have been on our route, it's a blur at this point. As a first-time float rider, I now know that your back and arms will be damn sore the next day so the only thing I threw were cocktails, into my throat. Then coffee. Then a nap after this week's revelry marathon.

It's Mardi Gras in New Orleans for a few more minutes, and every year we play it by ear for the greatest free show on earth. 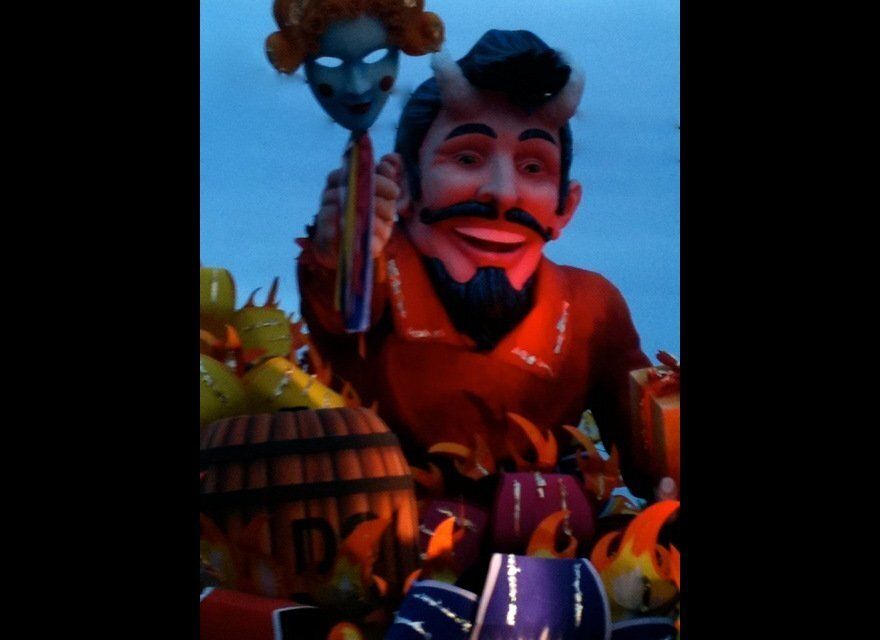