Never has there been more of a divide in opinions and practices than in the world of childrearing. Issues like what foods to eat, ways of disciplining and types of schooling often result in polarized groups of parents who feel strongly about the way they approach these important parenting topics. And kids' bedtimes are no stranger to this concept.

In my experience, there are two types of parents: 1) The ones who implement a very early bedtime for their kids and are control freaks about adhering to it, and 2) The ones whose kids have no set bedtime and are relaxed about the time at which their kids' heads hit the pillow.

A friend of mine invited my family to watch fireworks last year for the Fourth of July. Fireworks? Doesn't it have to be dark outside to have fireworks? That means that they probably wouldn't even start until 9:30 at the earliest. Ha! My kids are asleep for two hours by that time! That's right, bedtime in our house is 7:30 p.m. And thanks to good old Daylight Savings Time, that means that for half of the year, my kids are in bed before the sun goes down. 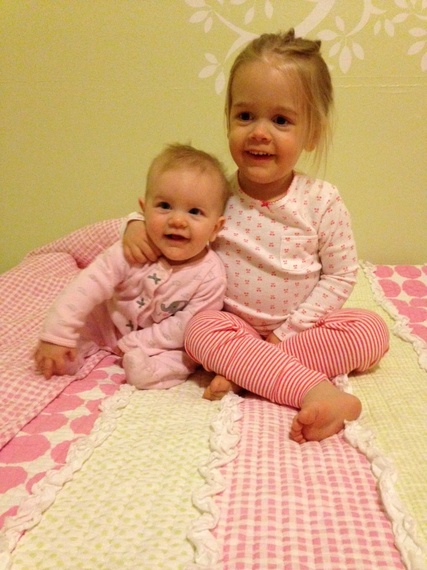 Within the first few months of each of my daughters' lives, I worked hard to get them on a schedule -- one that included an early bedtime. Our family follows an "early to bed, early to rise" mentality. And no matter what time my kids go to bed at night, I know that I'll be woken up by my 2-year-old singing, "If You're Happy and You Know It," and stomping her feet cheerfully against the wall. Cute, no doubt. But oh-so-early in the morning. And until they're old enough to get up and turn on the morning cartoons themselves, that means that I'll be dragged out of bed too. So, while I've never been much of a late night gal to begin with, having young kids only reinforces the fact that I'll be going to bed early too. You see, young kids don't understand the concept of sleeping in. 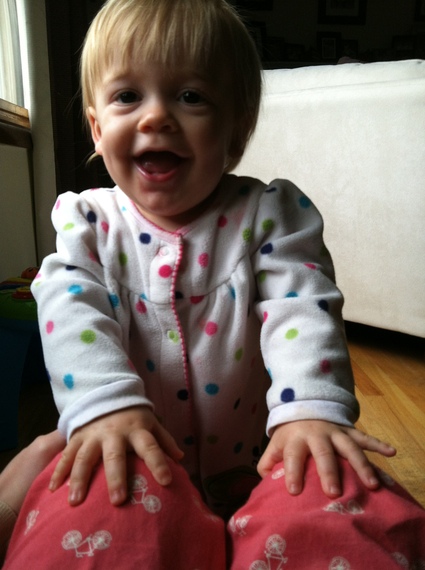 Being a toddler and an infant, they have no concept of their bedtime. They don't know that there are kids still outside playing, all of the good shows on TV have yet to come on or that we decline lots of evening activities.

My response to that? What they don't know won't kill them. The world is a better place when kids are happy. When mine get a full night's rest, they're happy. And when they're happy, I'm happy. See where I'm going with this? In my household, sleep = happiness. So for now, I'll take well-rested kids over a social life.

I'm always fascinated, although not judgmental, at parents whose kids stay up significantly later than mine. "I can't believe he stayed up to watch the ball drop!" I said in amazement to my best friend, in reference to her 4-year-old. "I love keeping the kids up for special reasons," she gushed. And since she's my BFF, I can easily look at her with a wink and say, "You're 'cray-cray,'" and she'll wink back. It's a mutual understanding that we have different views on this topic.

Nonetheless, I sometimes forget that not all families function the exact way mine does. That there are toddlers who are awake until 9, 10 (or later -- gasp!). While that schedule obviously works for some parents and children, it does not for mine. I also remind myself that other parents likely have the same amazed reaction to my kids' bedtime: "Your kids go to bed at 7:30!?" And that's OK.

Perhaps kids like my friends', though, are the type who actually do sleep in later in the morning. Maybe even if they get a little less sleep one night, they're still tolerable the next day. This would never work for my daughters.

In reality, I actually like the fact that my kids go to bed so early. The time between their bedtime and mine (albeit admittedly little) is a chance for my husband and I to connect; to talk about our days without a whining toddler clinging to our legs and a crying baby needing to be soothed.

Will they go to bed this early forever? Certainly not. And even now there are the occasional (although rare) instances when something extra special pushes back bedtime. So while the near future likely forecasts a lot of early nights for our family, I know down the road they'll get to experience life after 7:30 p.m. And hey, maybe they'll even get to see some fireworks.

More:
Parenting Parentsbedtime routinekids and sleepparents-moms
Newsletter Sign Up
Raise the kind of person you'd like to know
Subscribe to our parenting newsletter.
Successfully Subscribed!
Realness delivered to your inbox