He's already goofed the world with his characters on "Da Ali G Show," and caused cultural ruckuses with "Borat" and "Bruno," so now he's taking the next logical step: wading into the most sensitive of international politics. And if one man can spoof the brutal regime of a dictator -- and somehow even make him likable -- it's got to be this lanky British mastermind.

Enter "The Dictator," Baron Cohen's latest film. He plays a North African dictator named General Aladeen, a combination of such deposed despots as Saddam Hussein and Muammar Gaddafi who gets sent to the United States, and from the look of this first trailer, relies less on a culture clash than exaggerating the awful things a power hungry, egomaniacal dictator might do to make sure he holds on tight to his rule. And, remarkably, it's hilarious.

Also featuring in the film are Megan Fox (who we see in the trailer) and Anna Faris, who plays a love interest that opens his eyes to new things -- like organic groceries. 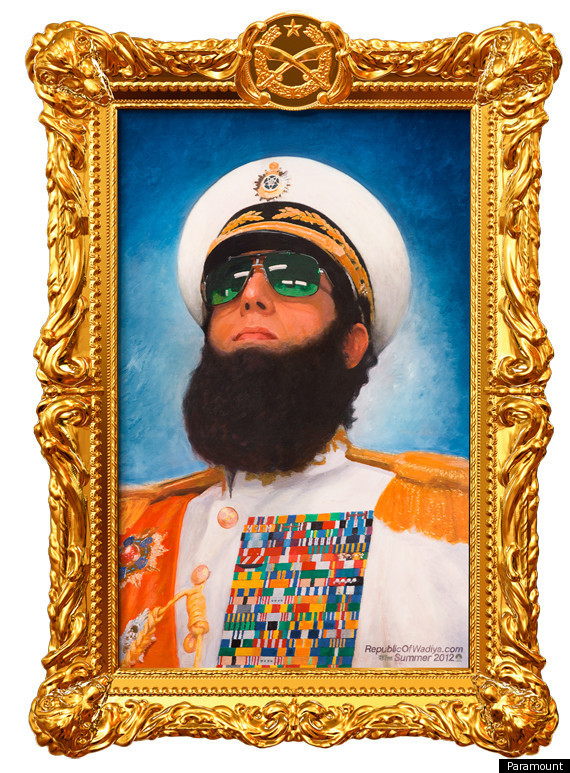