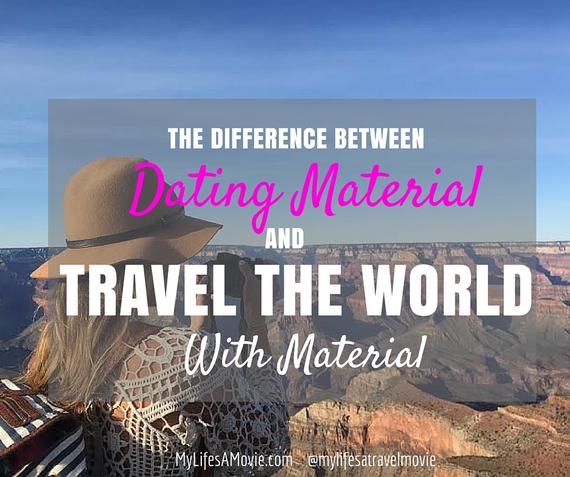 I suck at dating. I'm not cutey, or flirty, or seductive. I won't giggle and agree with everything you say, and I'm not afraid to make it known that I have big dreams, and live a bit of an unconventional life, that I f*cking love.

I'm not the always-sweet, always-pretty, "Sugar and Spice and Everything Nice" girl that always seems to be seriously dating someone. I'm not the girl that's easy to introduce to your friends or colleagues with a simple name and title, because I'm not exactly, "simple", at all. 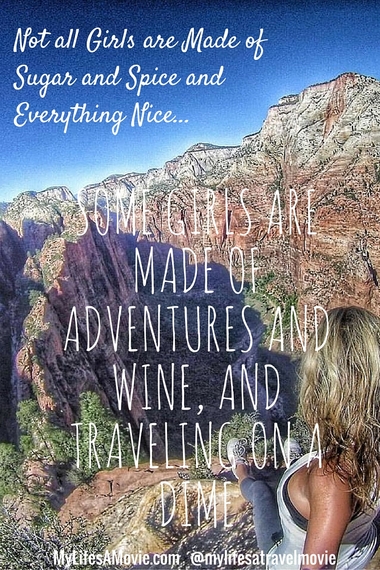 What I am, is extremely passionate about what I love, ambitious AF, dedicated as a dog, eager to learn and teach, always willing to put someone else first, a nurturer, a fixer, an adventurer, and a dreamer. I don't want to go to dinner a bunch of times until we figure out the next step, I want to take your hand and lead you to a waterfall, where I'll likely suggest jumping off of it.

Essentially, I'm who you'd travel the world with.

But since most people think you need to start at the bottom with dating, work your way up to marriage, then maybe think about taking some trips together, it's hard to find someone else who's at the same level as me. A relationship would never work with me if the guy is just "dating" material. I need someone who is "travel the world with" material. Here's why.


You're Either Unsure or All-In 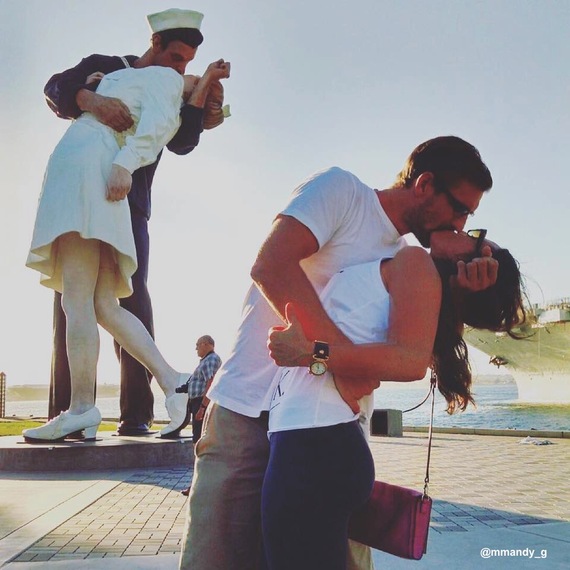 What's a "date" anyway? A scheduled meet up where you pre-plan eating food and drinking wine, so that you can learn information about the other person and decide if you like them? I'm not a zoo animal. I'm a freaking wild, rambunctious, curious Unicorn, and my outlook on life is exactly reflective of the way I feel about relationships; All in.

I'm not looking for someone I can coordinate meals with at a restaurant a few times a week. I'm looking for someone who can eat whatever, whenever, as long as it either involves wine and working from laptops, or being in another country. Preferably both.

You're Either Supportive as a Provider or as a Partner 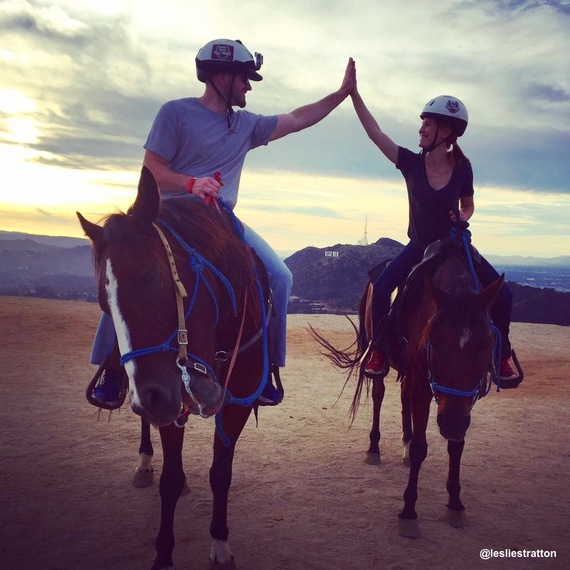 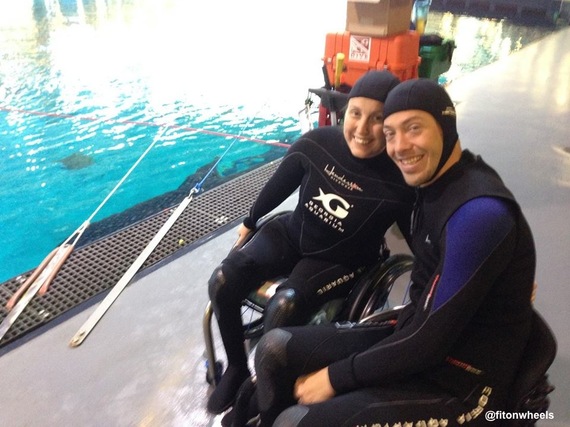 Someone who is just "dating" material may be able to take you to a nice dinner, and buy you things, but someone who is "travel the world with" material will support your ideas, and ambitions. They'll help you in any way possible and always encourage you, because what you're doing is just as important to them as what they're doing too.

You're Either Someone's or One 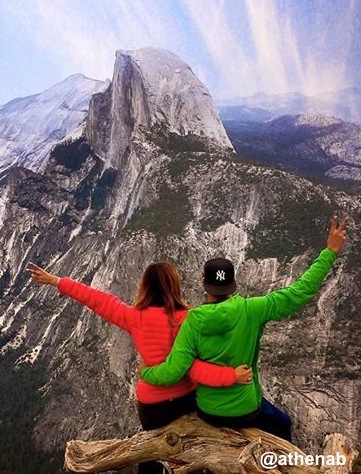 To me, dating seems like you're kind of just claiming another person. "I'm dating so and so, he's a blah blah blah, and lives in hmm hmm hmm" sounds exactly like me saying "My dog's name is Oscar de la Ramos, he's an unofficial service dog, and loves eating carrots." That's because my dog doesn't do the same things I do, so I describe him in relation to myself, just like how you'd describe someone you're dating.

You Don't Need a Trial-and-Error Period 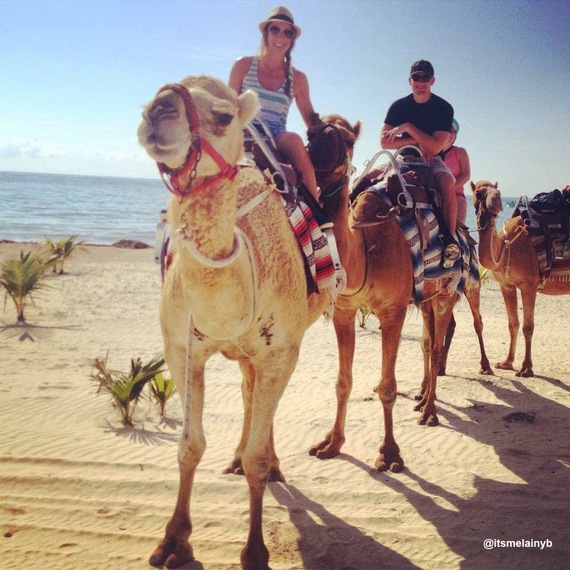 A big difference between someone who is just "dating material" and someone who is "travel the world with" material, is an instant bond, a natural feeling of trust, and an un-ending desire to share everything with each other. You don't just feel like this is someone you want to have drinks with, talk about your work day to, and show off to your parents so they stop bugging you about when you're going to settle down. 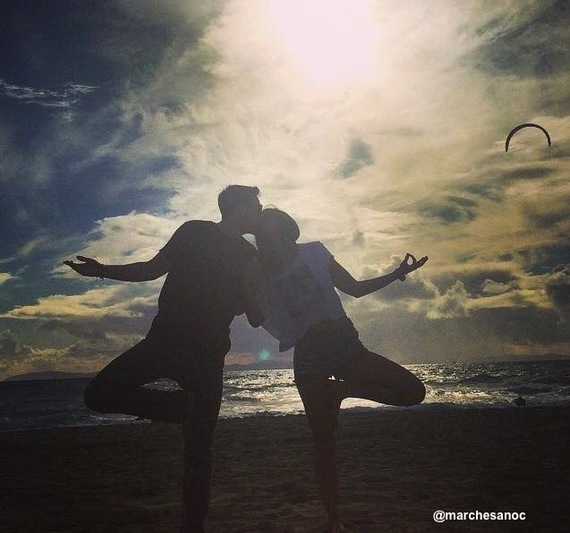 This is someone you want to share your whole world with, and who makes everything else seem like a blur. You get along with someone who is "travel the world with" material so well, that you couldn't imagine ever doing anything without them. Seems a little intense...but intensity is needed when you travel with someone.

It's the Highest Level of Commitment 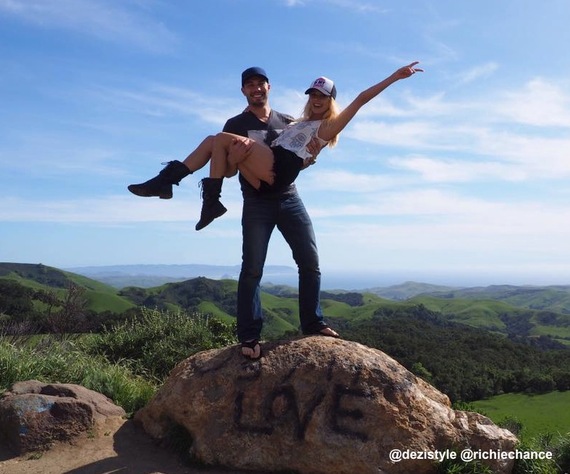 If you think moving in with someone and getting married is a huge commitment, imagine spending every minute with them roaming around the world with constant stressful situations. Many people I know can't even commit to an exclusive relationship, which is why they are just "dating" material. It takes someone who really wants to commit their all to you to travel the world with.

Traveling the world with someone is a major commitment, and if it weren't for the legal paperwork and pressure that marriage requires, I'd say it was a bigger commitment than marrying someone. You're not only lovers and best friends, you're partners, who can regularly function together without getting bored, grossed out, or uninterested.

It's a LOT Harder to Find 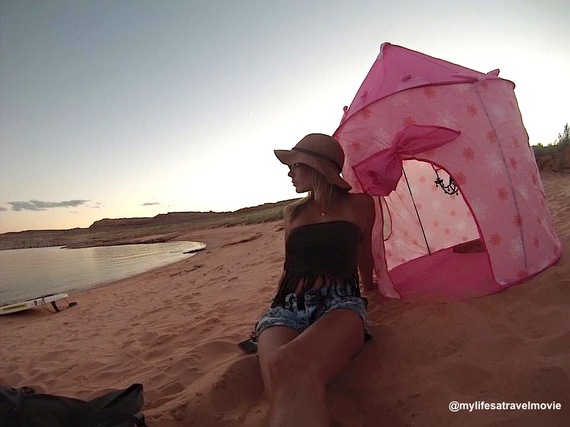 Check out my blog for some awesome solo (while I'm waiting...) adventure locations and tips (MyLifesAMovie.com) or my Instagram, @mylifesatravelmovie!