Like most special needs parents, when I spend time with the parents of neurotypical children, I become hyperaware of the differences.

Plus: "My Special Needs Baby Taught Me to Live"

But she's going to make it from one class to the next. She's going to complete her homework, sometimes with assistance. She's going to play in band, not always keeping up, but mostly, and with joy. She's not going to understand every joke her friends make, nor is she going to follow or participate in every conversation they have. But she's going to delight in their laughter and join in, and their affection for her, even if it is qualified, will be genuine.

When other parents are setting down the ground rules for their kids' cell phone usage, we are still trying to find the best solution for Schuyler. She doesn't speak, certainly not in a way that makes for effective voice communication alone, so a phone would be an exercise in frustration, never mind the expense. When she's at school, she has access to the campus Wi-Fi, so she can send me text messages from her iPad. I get them periodically throughout the day, mostly a quick "Hi, Daddy-o!" Sometimes she'll tell me some little fact about her day, about which friend was nice to her or which one gave her what she perceived to be a snub. Occasionally I'll get a picture she's drawn. A monster, a queen, our chinchilla, whatever. Sometimes it's a drawing of her. My favorites are the ones of us all.

It's not a perfect way to communicate, and one day we'll need more. But for the time being, it's enough. It's different, and wholly inadequate, but it will do for now.

While parents of unimpaired children fret because their kids never seem to stop talking, we hang on Schuyler's every word, trying desperately to follow her. Sometimes she speaks with astonishing clarity; today we had a phone conversation that was almost heartbreaking in how close it came to approximating that other life, the one she wants so badly and that I think about, guiltily, far more often than is healthy. It's that alternate universe where she speaks clearly and with total comprehension, where we can discuss topics of depth and maturity, and where sometimes I wish she would just stop talking once in a while, rather than being always hungry for more.

Other parents think about the future, one with college and independence. They worry about the empty nest their child will leave behind. We worry about the future, too, in ways that keep us awake and restless far into the night, staring into the dark over the bed and trying to imagine what independence looks like. When I try to imagine Schuyler at 18 or 20 or 30, it's a future that is very hard to see. Her disability, her monster, hangs over all our heads like the Sword of Damocles. Will it squeeze her harder? Will it take her from us? Will it relax its grip enough to let her find her path? Will she make a kind of peace with it, the peace that I have never been able to find?

Plus: Waiter Risks Job to Stand Up for Boy with Special Needs

The differences are marked. And yet, some things are the same. Schuyler's laugh thrills me like that of other kids and their parents. It's a boisterous, piratey laugh, devoid of hesitation or self-consciousness. Schuyler laughs with her whole heart. Her curiosity about the world around her is boundless, and her imagination is never still. A night with a full moon is of endless fascination to her; if that full moon is partially obscured by clouds, it becomes a Werewolf Moon, perhaps the most treasured site in her world. Schuyler's understanding may have bounds, but her capacity to devour the whole world does not.

When I think of growing old, as all parents must, there is a small and selfish comfort for me in the fact that realistically, Schuyler will hopefully live with a certain amount of independence one day, but she will likely never live far from us. And when I reach the end of my days, a lifetime of differences won't matter much in the end. On that day, I feel confident that Schuyler will be standing beside me, as weird and as broken and as perfect as she has ever been, and she will send me on with love, and with the same gift of her simple presence that she has always given.

It won't be so different then, I think. And it will be enough. 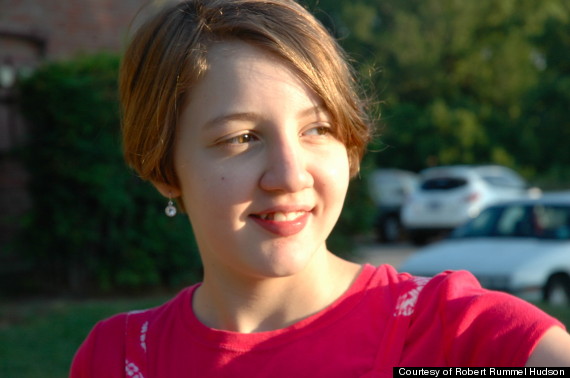 More from Parenting.com:
"Autism is Not a Shameful Secret"
A Letter to My Special Needs Son's School Principal
Should You Label Your Child?

More:
Parentsspecial needs childrenspecial needs
Newsletter Sign Up
Raise the kind of person you'd like to know
Subscribe to our parenting newsletter.
Successfully Subscribed!
Realness delivered to your inbox