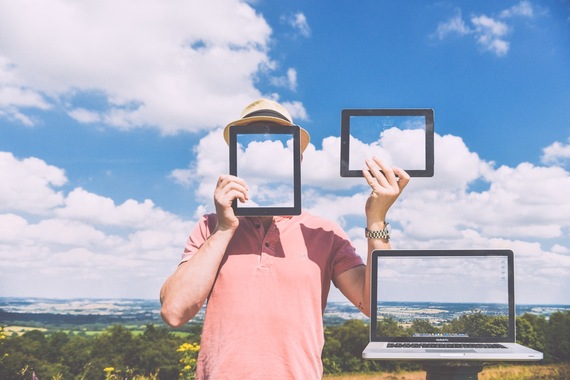 Whether you are a fan of the digital revolution, or think of it as unavoidable evil, there is no denying that it has changed our lives forever. It has changed the culture and social fabric of our existence in more profound ways than we realize. The most amazing thing is that all of these changes have taken place in the last 15-20 years! The even more chilling fact is that we are not done yet.

Here are a few ways in which the world has been changing around us - some that I am thankful for, some I wish had rather not happened, some inexplicable and random. Our day-to-day lives have been digitally disrupted - one smartphone at a time.

1.Are we worse than a goldfish?

According to a survey conducted by Microsoft, the average attention span of humans has decreased to eight seconds. Goldfish are reported to have an attention span of nine seconds. The reason for the decline of humanity's attention span is the advent of mobile and overload of information. It's easy to get distracted by the app notification, or a text coming in, or with the constant social media news feed, leading to a decline in people's interest and attention.

2.We have forgotten how to spell, prprly..

3.We miss enjoying the moment, because we are too busy clicking pictures.

We have all turned into photographers, all the time. We take pictures everywhere. We shoot selfies, family moments, friend's parties, holidays, dinners, night outs, graduation ceremonies, baby's first moments ...the list is endless. While this is generally a good thing, as recapping happy moment from the past through photographs make us happier, it may be a problem if we completely miss fireworks because we were busy filming and sharing on Instagram.

A train ride/public transport ride is incomplete without a smart phone. Google conducted a survey that reported that 40% of smartphone owners use it in the bathrooms. There are no more moments of silence or free time, because digital has usurped them all.

5.The strange case of going viral!

So tell me, why is the grumpy cat famous again? Inexplicable and random acts go viral on the internet. Trolling people and celebrities on the internet becomes news. While marketers would love to get their hands on this formula, going viral for seemingly average acts and words is quite commonplace.

Frankly, I am not complaining. Unless you looked forward to it as a memory-boosting exercise, in which case you can still go ahead.

Unless you work at a library, chances are you haven't picked up an encyclopedia for years. Whatever information you need, and don't need, its all available on the web. For free.

8.Who needs a watch?

Sadly, watches today are just an accessory. Many have already been replaced with Apple watch or something similar. With wearable technology entering the market, the device on your wrist may just end up controlling your life.

9.Our children are smarter and better informed than we were at their age.

Kids these days! They know everything. They are completely at home on smart phones, tablets and laptops. Heck, they are also extremely aware of what's going around them. This generation has been brought up surrounded by mobiles devices and the internet, and their ease and adoption of technology is in start contrast to some of the baby boomers.

10.Learning a new skill has never been easier.

Whatever you want to learn, be it coding, history, arts and crafts, cooking or playing golf - you can find a tutorial that teaches just that online. For those who are willing to invest in themselves, the whole world lies at their fingertips.

11.We don't always have to rush to a doctor for the smallest ailment.

Unless it's an emergency, Google is our first consultant for medical situations, symptoms, remedies etc. Have a headache, why not google for some home-made remedies. Tummy upset, let's search online again. Or even better, let's ask your network if anybody knows a solution.

12.It's a joy to discover old friends, and find new friends on social media.

If you have a social media account such as Facebook, chances are you must have discovered a bunch of old friends and acquaintances with whom you had no contact left.

PSY wouldn't have been the global phenomena if it weren't for the internet. Seemingly average people have become celebrities, and going viral is the new life motto for most internet junkies. Being famous is no longer the sole domain of movie stars and football players. Girls and guys next door can become Youtube stars or Instagram influencers by doing simple things really well and consistently. Social capital is a real thing, and some people's livelihoods depend on it.

14.You can't get lost anymore.

Whether you are on holiday in a foreign country, or going to a new restaurant, declaring that you got lost has gone out of fashion. With GPS devices and built in GPS apps in every smart phone, there really is no excuse.

15.Self expression is alive, and how.

The advent of social and digital has given a mouthpiece to people who previously had no voice. Think blogging, think social posting, think Youtube videos. You don't have to be a celebrity to record a video or to express your opinions. It has also made it easier for communities and interest groups to voice themselves.

16.Shop anything, from anywhere, anytime.

The convenience of shopping from the comforts of your home can be considered one of the biggest revolutions of recent times. Sure malls and physical stores will continue to exist for those who want the experience of 'shop-till-you-drop', but for the rest of us who want to spend the least possible time on it, e-commerce has been a boon.