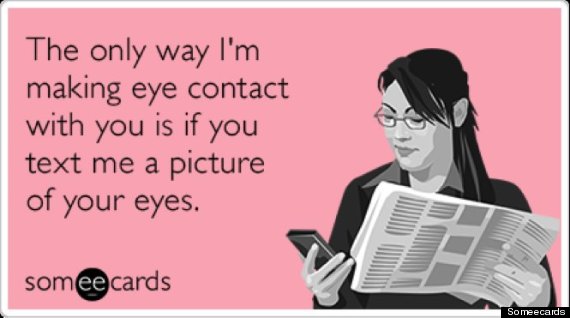 Remember the 1987 PSA about kids and drugs? A father finds drug paraphernalia in his son's closet and questions him about where he found the drugs, how he even KNEW about drugs. The boy starts in with the standard excuses and finally explodes I learned it from watching you, Dad!

It was a groundbreaking commercial back in the day when stirrup pants were the rage and Bon Jovi was on the stereo and Dirty Dancing was in the theaters.

Here we are, a zillion years later, and things have changed. And stayed the same. Thankfully, stirrup pants are considered a no -- but Bon Jovi gets better looking every year, and lines from Dirty Dancing are still quoted regularly (right now you are saying to yourself "Nobody puts Baby in the corner" -- admit it).

There is one thing about the drug PSA that hits home in today's modern world. Actually, it's a phenomenon that's always been there. Children learn from their parents. Period. You can tell them what to do over and over and over again, but it's really by watching that they learn. We've all witnessed toddlers 'cooking' like mommy or mimicking their father's voice or copycatting something on television.

Why, then, are we so surprised that the teens in the world are attached to smartphones? Addicted to their devices? Aren't we, too, "just checking Facebook" or "sending a quick text" or "making a call" when we are with our children? Aren't we teaching them by example?

A recent article by Jane Scott, a pediatrician of 20 years, shines a light. When she entered her exam room, both a father and his 2-year-old son were scrolling through their smartphones (apparently this 2-year-old had his own device which...well...wow) and barely acknowledged the doctor. After her exam, Dr. Scott told the boy that the reason his ears hurt was due to a double whammy of an infection. The child immediately "picked up his phone and pushed a button. 'Siri,' he asked carefully. 'What ear 'fection?'"

Dr. Scott was shocked -- and sad -- that this little person had turned to an operating system disguised as a fictional person instead of his living, breathing father sitting next to him. Why? Dr. Scott has her own thoughts on the subject, although a study by Boston Medical Center seems to support her reasoning. According to the Boston study, 40 out of 55 caregivers at a fast food restaurant used their devices and their "primary engagement was with the device, rather than the child." I think the word here is distracted.

Parenthood is not an easy job, and the few minutes parents of young children get to themselves is precious. I know, because I've been there. Anyone with small children has been there -- that moment when you think if I don't get 13 seconds to myself I am going to lose my mind. And parents need that. Everyone needs that. Really.

The bigger issue is how we interact with our children when we are, in fact, trying to interact with them. Are we constantly on our iPhone, checking work email or Facebook or whatever?

Technology is not going away, so it's our job to use it wisely, and, by doing so, teach our children how to use it wisely. There is a place for technology -- it's just not at the very tip top of the list. I hate sitting with my son, a smart, attractive, interesting young man who lives way too many miles away, whom I rarely see and happen to think the world of, tapping on his cell phone. I want to say HEY -- OVER HERE! I AM YOUR MOTHER. I AM BUYING YOU DINNER! I TAUGHT YOU TO RIDE A BIKE. I THINK YOU ARE, BY FAR, THE MOST INTERESTING PERSON IN THE UNIVERSE AND NOBODY WILL EVER LOVE YOU THE WAY I DO.

Along with our many, many other jobs as parents, we have to model a healthy relationship with technology. We want to have a real relationship with our children so they can forge real relationships with others. I don't know about you, but I am hoping for grandchildren some day. If I don't teach my children how to connect with the human race, I may miss my chance. Sitting around the Thanksgiving table with a bunch of little iPhones just doesn't have the same je ne sais quoi, does it?

Most parents are hoping to instill a strong sense of self-esteem in their children. We want them to be capable, responsible, happy, healthy members of society. Sitting with heads buried in laptops or eyes scanning phones tells them that we think very little of them. We devalue them. And someday they will be gone and we will wish for more time with them. And then we'll be listening to that "Cats in the Cradle" song and just kicking ourselves! Save yourself the pain and be present now. When it counts.