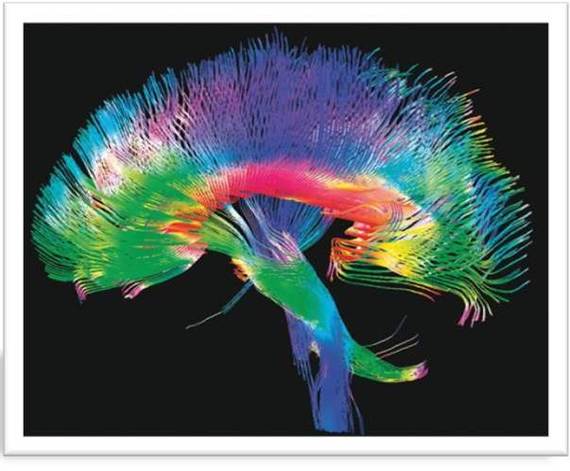 Our brain is at the core of everything we do, from the every-day decisions we make to the epic emotions we feel when we fall in love. Given its vital role in our lives, it is great news that two of the most well-funded research programs in the world focus on the brain sciences: the Human Brain Project, a $1 billion euro project funded by the European Commission; and the White House-led Brain Research through Advancing Innovative Neurotechnologies (BRAIN) Initiative, a $100M+ USD effort.

The tech sector is likewise witnessing an unprecedented explosion in brain-related technology, both in the amount of dollars invested as well as the variety of novel applications developed--ranging from car-based sensors detecting and minimizing inattentive driving, to virtual reality systems discerning consumer brain responses for yet-to-be-build products, to audio headsets that can detect your mood and adjust music to lift you up.

Relevant patent filings have soared in number -- from 800 in 2010 to 1,600 last year. Neurotechnologies--at least those that, being non-invasive, pose few if any negative side-effects--are likely to become ubiquitous, pervasive.

Why does this matter?

To predict the future, it helps to examine one key leading indicator of tech investment: patent activity.

For example, in 2012, Google filed a patent application for a glucose-sensing contact lens to assist diabetic monitoring of blood sugar levels. A couple of years later, Google presented a prototype of the device and revealed a partnership with biotech leader Novartis to commercialize the smart contact lens.

Neurotechnology patents reveal similar insights. Several years after receiving a patent for biosensing wearable tech to communicate with household devices, Philips announced a proof of concept developed with Accenture for a brain-wave reading headset application to control home televisions and lighting merely by thought. And both Philips and Accenture have been active filing for relevant patents, which suggest in short order we will see an innovative solution that can potentially improve the lives of 400,000+ people suffering from Amyotrophic lateral sclerosis (ALS), the debilitating neurodegenerative condition commonly known as Lou Gehrig's disease.

Under the radar, brainwave reading technologies are being patented by IT giants such as Microsoft and IBM, trying to create a technological ecosystem that works WITH our brains -- rather than AGAINST them. These patents, for example, describe new approaches to improve productivity through techniques like blocking distracting notifications from someone whose brain signals indicate they are highly focused on a particular task.

Our consumption behaviors are also being affected by neurotechnology. Consumer-research behemoth Nielsen has an entire neuroscience division dedicated to measuring consumers at their most fundamental level -- their brain activity. Nielsen patents show neurotechnology applications incorporating multidisciplinary approaches with other cutting-edge technologies such as virtual reality systems, and even how these same research approaches could be used to improve home-based healthcare.

But neurotechnology isn't just geared towards monitoring brain activity. Significant venture funding and patent activity is being directed at products that can enhance brain functioning through neurocognitive training and through cutting-edge (and not fully tested) magnetic and electrical stimulation devices. While ten of the twenty top neurotech IP holders are publicly traded companies, start-up Thync raised $13M dollars from Khosla Ventures and other investors in 2014 to commercialize transcranial stimulation as the "new coffee" for a mainstream audience.

As Zack Lynch, Executive Director and Founder of the Neurotechnology Industry Organization puts it:

[Neurotechnology] is a disruptive force that will impact major parts of every industry, creating new opportunities for entrepreneurs, companies, and investors on the cutting edge to take leadership roles in upgrading entertainment, health, education, wellness and more.

It no doubt will. It will also present challenges for consumer and professionals who want to understand what works and what doesn't--even what "works" means in the new context.

At the end of his latest book, The Innovators: How a Group of Hackers, Geniuses, and Geeks Created the Digital Revolution, Walter Isaacson wrote that

The next phase of the Digital Revolution will bring even more new methods of marrying technology with the creative industries, such as media, fashion, music, entertainment, education, literature, and the arts... This innovation will come from people who are able to link beauty to engineering, humanity to technology, and poetry to processors. In other words, it will come from the spiritual heirs of Ada Lovelace, creators who can flourish, where the arts intersect with the sciences and who have a rebellious sense of wonder that opens them to the beauty of both.

It is high time for the Digital Revolution and the Human Brain to meet each other.

Alvaro Fer­nan­dez, named a Young Global Leader by the World Eco­nomic Forum, runs Sharp­Brains, an inde­pen­dent mar­ket research firm track­ing health and well­ness appli­ca­tions of brain sci­ence. He is an internationally-known speaker and expert, and has been quoted by The New York Times, The Wall Street Jour­nal, New Sci­en­tist, CNN, and other media out­lets.

Nikhil Sriraman is a patent attorney admitted to practice before the United States Patent and Trademark Office (USPTO). Nikhil has held positions at the USPTO, IP law firms and in-house at Fortune 500 companies. He currently serves as Primal's Vice President of Intellectual Property, as well as SharpBrains' Intellectual Property Analyst.