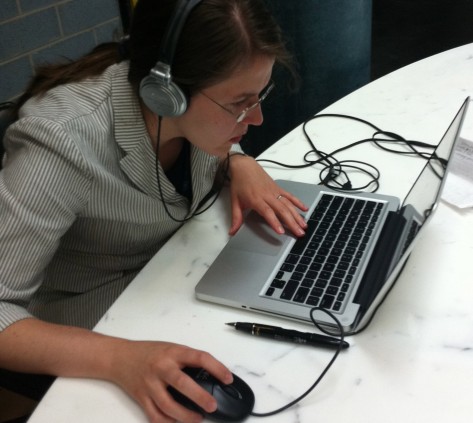 
Want a look a the new 'digital' economy and how it works?

List the top 10 corporations in the U.S. in 1960. Do you know what they were? (at least according to Forbes)

In any event, all of this giants of American capitalism all had one thing in common -- they all made 'stuff.' They also employed a lot of people.

Is it a fair comparison? I think so. The Ford Motor Company is today valued at around $59 billion. Facebook is valued at $63 billion, so it's close.

But there is a very very fundamental difference between the two.

In the 1960s, the people who worked for Ford or Chrysler or U.S. Steel got paid a salary for what they did, for what they contributed to the net worth of those companies.

They work for free.

And who are those people?

Those people are 'you' and me.

You are toiling away, day after day, 'making the content' that drives the enormous valuations of Twitter and Facebook and Instagram and eBay and pretty much all of them. Companies like Twitter and Facebook don't ' 'make' a single thing that they sell. What they sell is your labor. Even Google, the 'mother of all online companies,' today worth roughly $272 billion, is nothing more than an agglomeration of all the 'stuff' that we all collectively put 'into' the web. Were there no content, there would be nothing to 'google,' so to speak.

But the average American now spends more than three hours a day on 'social networks'.

That's three hours a day, every day, working for free to build the wealth and value for someone else, for free.

And how much is all that slavery free labor worth?

Well, if 100 million of us (that would be 1/3 of the population) were on social networks (and my guess it is higher) then the net aggregate worth of our labors is... ready (and I did the math three times because I could not believe it at first)... $1.095 trillion.

That is a LOT of free labor.

Of course, not everyone is working for free.

Some people are actually profiting from your labors.

Last year he cashed out a small portion of his stock for $2.3 billion. Well, it's nice to know that all your hard work is paying off at for someone at least.

Of course, it's not like you aren't getting paid.

(Slaves at least got food an housing). What do you get?

Try taking those to the bank.

The sheer genius of the new slave digital economy is that people get compensated in 'likes.' And it only makes them (us) work even harder.

Napoleon once said, "It never ceases to amaze me that I can make men die for a piece of ribbon." Had Napoleon only known about 'Likes,' they might be speaking French in Moscow today.

Perhaps, in the not too distant future, Instagram will start to post 'Employee of the Month" (with photo, of course).

Now there's something to aspire towards.