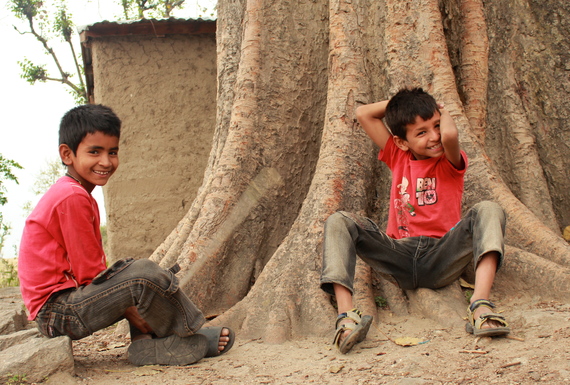 Driving along the dusty, single-lane road from Dolakha to Kathmandu on the holiday of Maha Shiva Raatri provides an unexpected reminder of the whimsical ingenuity of childhood. As we wound through the hills away from Dolakha, where we had been at our new public-private-partnership (PPP) hospital, children of all ages attempted to stop our jeep to enact a toll in celebration of the holiday. Some had crafted a full-on tollgate propped up between two sticks. One had a rope and lever system, others had frayed ropes. A few just waved a piece of wood. We would pay our five or ten rupees and move on to the next toll a few hundred meters down the road.

As I watched these children, I thought of our work and what we call this "dignity pitch" that is central to it. Children carry an intrinsic sense of dignity that obscures harsh realities. The status of their families, like many throughout rural Nepal, rural America, and all over the world, is a stark reminder that poverty is not merely the absence of wealth; it is the exclusion of justice.

Engrained in our social consciousness is a notion that, on the one hand, poverty is a passive process: "Well, some people just are born without much money," and, on the other hand, a personal deficiency: "those Others, those poor people are dumber, lazier." Nothing in my experience has confirmed this bias; rather, I have come to see poverty as an active process by which those of us in power extract or horde resources at the expense of the Other.

Six weeks ago, our team at Possible initiated services at the government-owned Charikot Hospital in Dolakha through a PPP model with Nepal's government. As in our first district in Achham, the government owns the property, leases it to us, and provides supplies and co-financing. At Charikot, we operate on an integrated staffing approach, where independent management is provided to us, with both staff from the government and employees from Possible. Of the sixty employees at Charikot Hospital, the split is roughly 50%.

We started services, including surgery, within five days of signing the agreement with the government. By the time I arrived six weeks after we had opened, the hospital already had full spectrum inpatient, emergency, and outpatient services, and the electronic health record had been deployed. 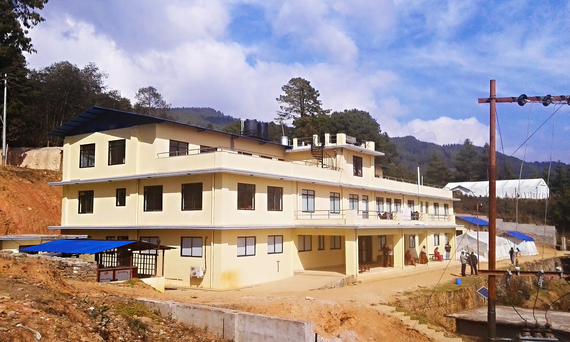 Our mission is to strengthen the government system to realize the constitutional right to high-quality healthcare. We see ourselves as strengthening the public system to counter-balance a growing, unregulated, fee-for-service private sector that does considerable good but also poses substantial risks to health justice, from fee-imposed impoverishment, to delays in care and overuse of antibiotics. A core tension remains--a nagging sense among those in the government that we are somehow undermining the public sector rather than strengthening it. Even in six weeks, there had already developed manifestations of "us versus them," including conflicts about overtime pay and holiday schedules, professionalism, hierarchy, and reporting structures.

The conflicts are similar to any new enterprise, especially one that took on 60 new employees overnight. Staff has not had sufficient time to be onboarded to the organizational culture, incorporated properly into our management system, and trained on our systems. There are also intrinsic conflicts between "local" staff and those from Kathmandu or elsewhere in Nepal, who have typically come from backgrounds of greater wealth and have had access to better educational opportunities.

Even beyond those issues remains the very identity of what it means to be a government employee in the 21st Century. Globally, public servants of various backgrounds are our favorite punching bags, from healthcare workers, to teachers and bureaucrats. Some political campaigns are centered around the almost wholesale destruction of government as we know it. Much of the criticism has merits; governments are failing in their responsibilities to deliver healthcare, education, justice services, and safe and clean environments. Yet, like our unconscious assessment of poverty itself, our causal reasoning is false. The problem is long-standing systems of power that conspire to weaken government competency and citizen's abilities to hold the government accountable. The use of the state power to wield over minority or dissenting groups in certain parts of government, most notably in those areas involved in security, policing, surveillance, and criminal justice, further erodes our notion of what government can and should be.

We are trying to change that dynamic. The government system is not using citizens (taxpayer) funds optimally to reach the most marginalized. The private sector in healthcare has zero incentives to reach the poor. We are asking the government to work with us to do better. We are not asking the government to enter a position of powerlessness. We are asking they leverage their expertise to regulate healthcare, hold us accountable, advocate for their citizens, and facilitate greater investment through the PPP. We need to change the narrative of public services to one of cooperation and accountable regulation. If we consider power in government to be realized in accountable, affordable, and just public services rather than authoritarian control over resources, that will make the government more powerful. 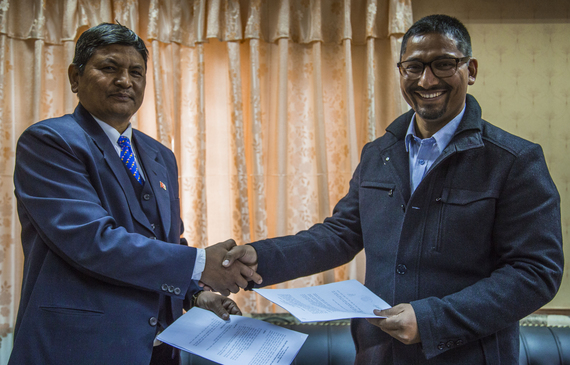 Developing an effective sales pitch is as core to non-profits as it is in for-profit business. Indeed, at Possible, when we talk about "pitching" our work, we agree all of us are in sales. We believe the heart of good design is clear, concise communication. We believe we should treat colleagues, patients, families, and government officials with timeliness, respect, and compassion. Those beliefs are at the heart of the pitch. It is not about duping those in government, tricking them, or even "convincing" them. It is about pitching an honest vision about how healthcare can be better. We have to believe that monolithic, state-run healthcare is failing patients, failing communities, and failing constitutional mandates. We need to prove an alternative: Healthcare is a human right and a public good, and the State must be accountable to health and social justice and must fund, partner, and regulate. Yet achieving that vision requires a greater balance of power between citizen, government, and private organizations.

This pitch requires a spiritual transformation among our leaders. From a young age, we are cultured towards an implicit classism: Bureaucrats and government employees are less capable and motivated. We need to watch our thoughts and language and correct them, in the same way we would retrain our minds away from implicit sexism or racism. As we retain our minds, we can start to appreciate others' perspectives and perceptions, and arrive at a new narrative that works for their egos, worldviews, and biases.

The pitch is as much to ourselves as it is to our colleagues and patients. Many members of our community don't see a way out of poverty, premature disease, and government ineffectiveness. They've been shafted by mere virtue of their place of birth and excluded from the most basic of opportunities. Our healthcare providers are cultured in way of medicine marked by hubris--of peddling unnecessary antibiotics, of demanding that patients come to the hospital when they are better treated at home, of not listening, partnering, or dialoguing with patients. Our societies are conditioned to spend our money in ways that are antithetical to human dignity, in service of the ego rather than the greater good. Our companies tend to overlook the dignity and career potential of their employees. Our healthcare systems in the fee-for-service era have commodified healthcare and incentivized providers to sell medicines rather than care.

The pitch is not about money, votes, or salvation. It is about human dignity. We pitch to patients that together we can alter the "natural history" of diseases, be it that children don't have to die of pneumonia or adults don't have to suffer strokes in their fifties. All around the world, we are being pitched a different vision: Dignity is elusive for much of humanity, and we have little control to change that.

As Martin Luther King prophetically stated: "I refuse to accept the view that mankind is so tragically bound to the starless midnight of racism and war that the bright daybreak of peace and brotherhood can never become a reality." As we paused again at another whimsical toll rope on a crisp and sunny day in rural Nepal, MLK's vision remained ever clear, reminding us of the challenges and hope that lay ahead. 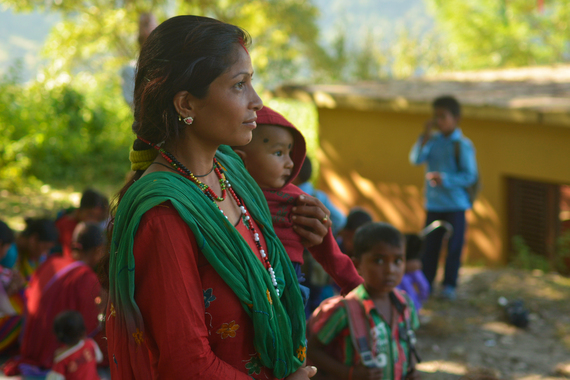 father, physician, epidemiologist, fired up up about healthcare in rural areas