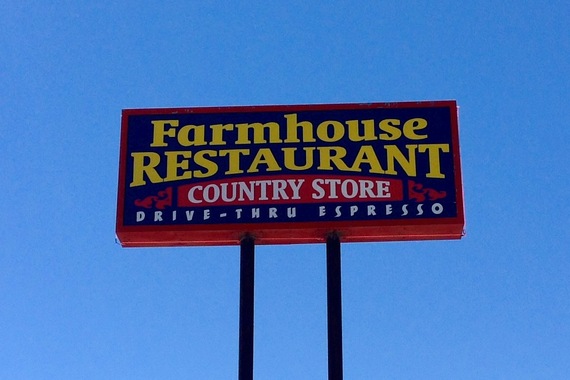 My mother once owned Farmhouse Restaurant, an unpretentious diner outside of Wendell, Idaho. Travelers came from across the country to enjoy platters of chicken-fried steak, real mashed potatoes, monstrous loaves of Basque bread, a salad bar heaped with local produce, and a tempting selection of fresh pies. The eatery was voted "Best Road Food in America" in a 1996 nationwide survey of truck stops. Major media carried the story and NBC news anchor Tom Brokaw vowed to stop by during an Idaho vacation. The media referred to Mom as "jolly." 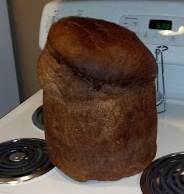 I have a true story about the restaurant that only a few people know. One summer night, an hour before closing, one of the waitresses sat in a booth and died.

My teenage daughter, Mom, and I were eating a late dinner at the restaurant and noticed that our waitress hadn't appeared for a while. She was a gentle widow in her late sixties and worked a few hours during the week to supplement her Social Security income. I got up to investigate and found her slumped in a back corner booth, her hands still surrounding a coffee cup. She was dead. This wasn't a good scenario to have in a busy family restaurant.

I quietly alerted the restaurant manager to call the police and signaled for my daughter to join me. I explained the dilemma of the dead waitress and we began to clear the tables and inform customers we were closing early. We told the stragglers that it was a surprise promotion and their meals would be free. They left happy and never knew about the body in the corner booth.

We almost succeeded in clearing the restaurant when one of the other waitresses began to wail loudly. She had discovered her deceased friend and didn't care that other patrons were gobbling their last bites of free pie. My mother escorted the sobbing woman into the kitchen while my daughter and I cajoled the diners and explained that one of the staff unexpectedly had left early. That was the truth.

The police arrived and everyone assumed they were coming for a late snack. Soon the restaurant was empty except for the officers, the coroner, the sad waitress, the manager, and us.

"Looks like a heart attack," the coroner said as they gently lifted the body onto a gurney. "How about some of that fresh berry pie to go?" 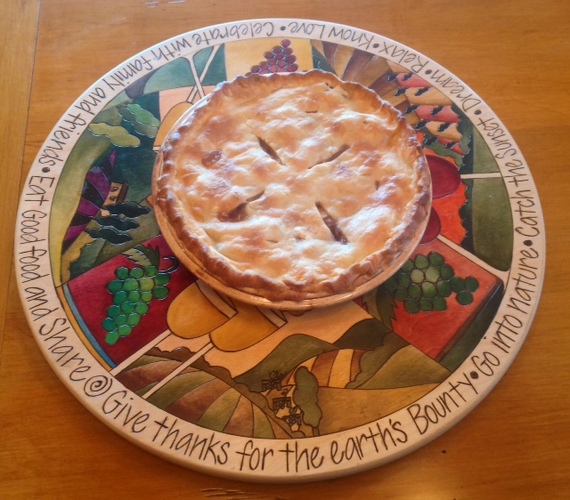 We boxed up pieces of pie for the officers and coroner and closed the restaurant. Then we sat and stared at the empty booth. The coffee cup remained on the table.

The coroner's report indicated the waitress died from a sudden heart attack. For some dark humor, we agreed it was fortunate she wasn't carrying a tray of food at the time. Everyone was fond of the waitress, and we paid our last respects at her memorial service. Back at the restaurant, we shared pie and coffee and told stories about our friend and about life in the restaurant business. Near closing time, someone left a generous tip next to a bouquet of fresh flowers.