Ever wonder why your media contacts start ignoring your emails? Perhaps they are busy? Perhaps they aren't interested in your pitch? Have you ever considered that maybe you are on their Blacklist? 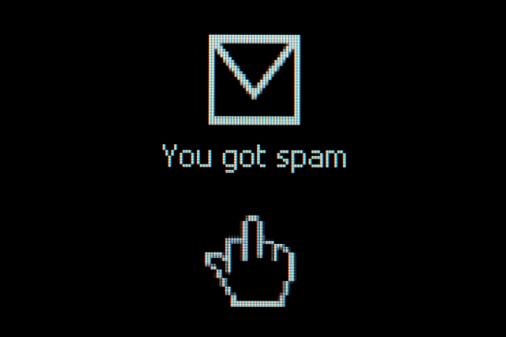 So what does this mean? How awful is it to be on someone's Blacklist?

First off, it means that your emails are no longer read by your contacts. Second, getting on someone's Blacklist really, really sucks. You may never be able to connect with them ever again. They might auto-forward your email to spam or trash, they might block you on twitter and screen your calls, heck, they might even tell their friends about how awful you are.

I poked around my network to chat with journalists I knew to see what things people could do that would make their Blacklist.

A good friend, killer journalist, infographic extraordinaire and entrepreneur, Shane Snow says that to make his blacklist, you can (publicly) accuse him of being biased in his writings, especially if he wrote about Company X and you are their biggest competitor who is just peeved that you didn't get equal coverage. The fact is, your inclusion in the story wasn't appropriate, and your bitterness isn't going to help anything.

Here's some credit to Shane Snow's new project, Dino.sr and his personal blog.

Andrea Kay, writer with Gannett, will stop communicating with you if you believe that your inclusion in her stories are meant to promote your business. Not all writers write stories to promote businesses. Their purpose is to provide value for their readers, and with Andrea's column, there's no real room for anything too promotional, nor would her readers appreciate the blatant plug. You can get blacklisted if you clearly "don't get it."

Another thing that can effectively get you blacklisted from Andrea's contact list is you wasting too much of her time by providing an off-topic email, speaking in generalities or jargon such that there is no clear point leaving her with a lot of unanswered questions, and when people offer information as a source, but then withdraw saying that they did not want to be identified or that they were unaware their contributions would be published.

Andrea Kay is the author of Life's a Bitch and Then You Change Careers, and is a syndicated columnist.

Pests are the worst! Freelancer, Carol Tice, tells us that frequent follow ups and calls in a short time period can get you blacklisted, so stop being a nuisance and be patient because if she likes the story, you'll get a response!

No means no! Chris Cameron of ReadWriteWeb, says that silence means no, and that follow ups should be very personal to show that you care, otherwise impersonal releases, especially ones that aren't addressed to him are completely ignored, so make sure to curate your email to be very personal, otherwise if you start treating your contacts like just another media outlet, then they will just treat your emails, just like any interruptive, spam email.

Chris Cameron is a writer with ReadWriteWeb, the ReadWriteStart channel.

One of the smartest guys I know, Kurt Kohlstedt, tells all when he says that shameful self-promotion can get you blacklisted. If you obviously have a stake in the company you are promoting and try to pitch it as, "Hey, I just found this cool X and thought you might like to feature it." Honesty and transparency is always a good policy, so just be straight with your point and your intentions. You're not fooling anyone, so don't try it.

Another thing that makes Kurt's blacklist is the "Bait and Switch." Pretend to be a potential advertiser, ask about rates, and then later propose a free editorial from the publisher to see how 'qualified' the traffic from the publishing site is. That's just a very shady tactic to get editorial coverage especially because you are asking the publisher to compromise the content on their sites with content that they have some tangible interest in. Tricks like this are incredibly unethical, and can burn your reputation.

I am part-blogger, part PR specialist, and something that really, really peeves me and gets someone blacklisted is when they really have no clue who I am. If you get my name wrong, that email is getting trashed. If you get my outlet(s) wrong, you are also going to be ignored. If you send me a very off-topic email, I will most certainly be bitter that you wasted my time.

Danny Wong is the Media Relations guru for Blank Label, a custom men's dress shirts startup that has received coverage in the NY Times, Mashable and ReadWriteWeb.