The Drive-in movie theater was once a staple in many towns across America. Families would wait until around dusk, pile into their automobiles and drive to their nearest theater. Some would choose to sit outside under the stars and watch the movie. Others would choose the luxury of sitting in their car, either in the front (or sometimes the back) seat.

While the amount of drive-in movie theaters has diminished through the decades, there are still some left. According to Project Drive-in, there are currently 368 theaters left. Most are family-run establishment who have been around for decades. However the amount of drive-ins may soon severely diminish. Future generations may only know what a drive-in is by reading about it or watching a movie.

As many movie patrons know, digital has become the norm for theaters. The days of the 35mm film projectors are numbered. The digital projectors provide patrons with better picture and sound quality. Movie studios are also naturally beginning to provide less and less 35mm reels and some will eventually phase them out completely.

Starting next year drive-ins' who have not converted to digital will not be able to show movies. The cost to convert from a film to digital is around $80,000 (it depends on the size of the screen). However, most drive-ins' have more than one screen. While they are not nearly as many as a Multiplex, it would easily cost these establishments well over $200,000. This would (and probably will) force these drive-ins' to close if they do not come up with the necessary funds.

According to an article by Newser.com there are industry incentives that will pay these theaters 80 percent of the cost of the conversion over time. However, the initial financial blow is enough to put most of these theaters out of business.

Honda is shedding a major light on this problem by starting the Project Drive-in campaign. The campaign's main goal is simple: To save as many drive-ins' as possible. They are donating 5 projectors to 5 different theaters and allowing America to vote on where they should go. They are also having mobile drive-in events around the country, offering those who never experienced a drive-in to get that experience. 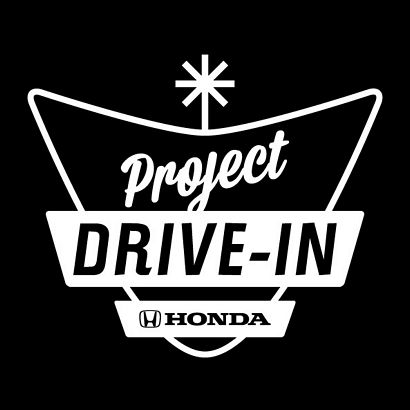 While voting for the projectors ends soon, the real work is far from over. Those who want to contribute on-line can go to the Indiegogo Fund that was set-up by the company. If a person lives near a drive-in, see if they have already converted to digital. If not, getting the community and local media involved may also do the trick.

There is a local drive-in theater near me. While I do not frequent it as much as I should, I know plenty of people young-and-old who do. It is an excellent place to have parties, events, and other gatherings. Admission to the drive-in is generally cheaper than a traditional movie theater which makes it perfect for families. Also outside food is encouraged, though I found the food at my local drive-in not overpriced (and they have a lot more choices).

While I understand why the change from 35mm to digital is occurring I would hate to see an American icon disappear because of this transition. While Drive-ins' may not bring in the most money to the movie industry they should still be respected as much as the mega-movie chains. There is a sense of nostalgia that a Drive-In still brings to many. Hopefully the drive-ins' who need to convert to digital will find the funds to continue to bring the magic of the movies to their community.

To learn more about Honda's Project Drive-in, a list of future events and how to donate, you can check out their site here. Help spread the word before the American Drive-in goes dark.