I have been an avid science fiction reader all my life, but as an astronomer for over half my life, the essential paradox of my fantasy world can no longer be maintained. Basically, science tells us that traveling fast enough to make interstellar travel possible requires more money than society will ever be able to invest in the attempt.

Einstein's theory of special relativity works phenomenally well, with no obvious errors in the domain relevant to space travel. His more comprehensive theory of general relativity also works exceptionally well and offers no workable opportunity to "warp" space in a way that can be technologically applied to space travel without killing the traveler or incinerating the universe. Interstellar travel will be constrained by the reality of special relativity and general relativity, and there is no monkeying with Mother Nature to make science fiction a reality. 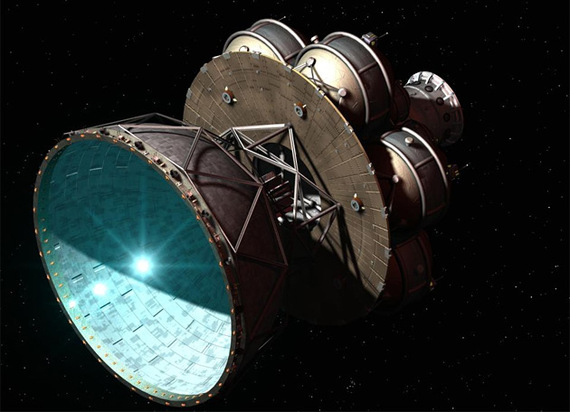 So the only way to get from here to Alpha Centauri is by the slow-boat method of some kind of kinetic or radiative propulsion. There are many workable ideas, such as ion drives, fusion drives and solar sails. In fact, the all-around best ready-to-go idea is the ion engine, which is an off-the-shelf technology that has been used on many satellites and several spacecraft so far. With a small but constant thrust applied over months, years and decades, scaled-up versions of these systems could boost small payloads to over 10 percent of the speed of light in a few years, allowing travel times to Alpha Centauri and other nearby stars of as little as a century or less.

The Fly in the Ointment!

Andreas Hein, an engineer with the Icarus Interstellar Project, developed a rigorous method for forecasting the economics of interstellar travel, only to find that most economically plausible scenarios for a "Daedalus-type" mission would cost upwards of $174 trillion and require nearly 40 years of development and 0.4 percent of the world GDP. This would be for an unmanned, 50-year journey to Barnard's Star using "fusion drive" technology. It consists of 50,000 tons of fuel and 500 tons of scientific equipment. Top speed: 12 percent of the speed of light.

All plausible interstellar missions require travel times of decades or centuries, which means the complex technology must be 100-percent reliable and/or self-repairing. There can be essentially no moving parts, because friction would create wear and tear over decades and centuries of use.

It is entirely plausible to think about kilogram-sized payloads that can be boosted to near-relativistic speeds very economically, but this is impractical because at the distance of the nearest stars, you need a powerful and massive transmitter that can relay data back to Earth, or what is the point of the journey? Even a Voyager-class spacecraft with, say, a "souped-up" megawatt radio transmitter could not be detected at Alpha Centauri by the largest Earth-based telescopes, even at data rates of 1 bit per year! A laser-based system would be highly directional and could possibly do the trick, but it would weigh tons, not kilograms.

One option could be a sophisticated nanotechnology system with a mass of a few dozen kilograms that would arrive at its destination, find an asteroid to mine, and then build from scratch a much more massive system capable of carrying out the scientific investigation and relaying the data back to Earth.

But the concept of sending humans to the stars makes no sense technologically, or at an economic scale that would interest humanity as it is currently constituted. Even if we were at the brink of extinction, do you really think that 7 or 10 billion humans would want to foot the bill and the decades-long effort to send a few lucky humans on a one-way trip to a distant planet -- that may not even be habitable?

So What Do We Do?

Our solar system is vast, and a big-enough playground for human exploration to last us for centuries. It is technologically accessible to us even today, as the numerous unmanned spacecraft and robotic systems clearly show. There are many scenarios that can be planned over decadal or century timescales that would have human outposts and colonies on just about every interesting body in the solar system, from planetary surfaces and the surfaces of their moons to asteroids and comets.

But is manned exploration the only way to go for now? Absolutely not!

When you subtract manned exploration, which is hugely expensive, and replace it with robotic rovers that relay high-definition images back to Earth, all of humanity can participate in their own personal and virtual exploration of space, not just a few astronauts or colonists. The Apollo program gave us 12 astronauts walking on the lunar surface, a huge milestone for humanity, but today we can do the Apollo program all over again and augment it with a virtual, shared experience involving billions of people! This is the wave of the future for space exploration, because it is technologically doable today and scalable at ridiculously low cost per human involved. NASA's Curiosity rover is only the Model-T vanguard of this new approach to human exploration. More sophisticated versions will eventually explore the subsurface ocean of Europa and the river systems on the "Earth-like" world of Titan -- perhaps by the end of this century! 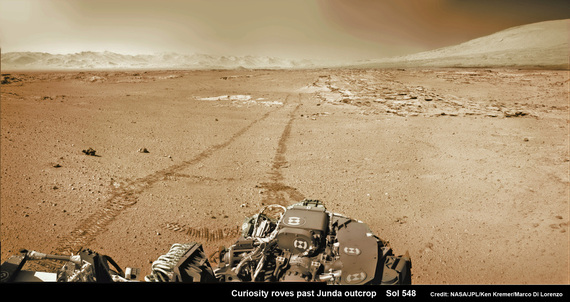 Robotic exploration of the solar system is now in full-swing! (Credit: NASA/Curiosity)

I know this robotic vision of human exploration doesn't match up with the Star Trek or Babylon 5 versions of the future, where flesh-and-blood humans explore the galaxy in starships. As an avid science fiction reader, I too am pissed that we live in a universe where star travel seems permanently beyond reach in any kind of human future that makes scientific or economic sense. But this is the deck of cards that we are dealt. We can pine away for a mythical future of interstellar colonization, but that will be a reality for a future humanity that looks nothing like our civilization, perhaps driven by extinction to help focus the resources toward that goal.

Meanwhile, if you want any kind of space exploration that matters within the next century or beyond, it will be robotic, virtual, and involve billions of people, not just a few very lucky travelers -- so what's wrong with that?