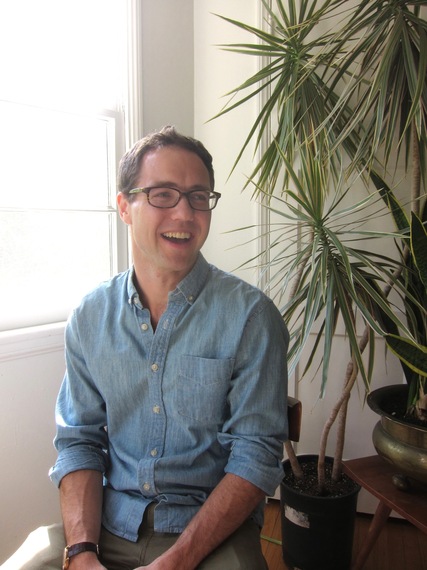 Brian DeLeeuw is a novelist and screenwriter. After graduating from Princeton, he received his MFA from The New School. His first novel, In This Way I Was Saved, was long-listed for the Dylan Thomas Prize. His second novel is The Dismantling.

In The Dismantling, Simon Worth, a medical school dropout, is a young man whose troubled past is filled with regret and guilt. He's now involved in the black market brokering of human organs and is tasked with finding a match for a depressed ex-NFL player with a serious drinking problem. He thinks he's found the perfect donor in Maria Campos, a damaged young woman with terrible secrets. When things go wrong, the novel moves at propulsive speed. This novel is about moral ambiguity, guilt, redemption and revenge.

One of the reasons I enjoyed The Dismantling was its distinctive literary style. "The next evening Simon waited in the fluorescent bowels of Penn Station..." is an example of the quality of your imagery. Who are your literary influences?
I read very widely, and there are different influences for each project. For this book, Colin Harrison, and in particular, his novel, Manhattan Nocturne; along with Jennifer Egan's novel, Look at Me, which is a thriller-literary hybrid; and Donna Tarte's The Secret History were influences. And, I was re-reading Patricia Highsmith's Strangers on a Train while writing this novel, so her writing style had its impact as well.

These books aren't thrillers or mysteries, but they have a certain internal psychological edge that appeals to me. For the next novel, I might draw perspective from an entirely different set of books.

You seem to know a great deal about organ transplantation and the black market. Will you talk about that?
I knew I wanted to set the novel in the criminal underworld, but wasn't sure if I'd tackle the drug trade, or human trafficking, but articles were popping up in the news about organ trafficking. I wanted to dig beyond the stories in the New York Times, and found the invaluable work of Nancy Scheper-Hughes, a medical anthropologist, who's done a great deal of research exposing how these rings operate.

I didn't feel the international trade would work well for the novel, but the trade in the U.S. would be better suited because of the moral ambiguity. For instance, in this country, much of the organ broker's work involves deceiving the hospital, getting people through the interviews, and concocting cover stories for them. That sort of deception was really interesting to me. The morals involved are far muddier and the exploitation of people isn't as obvious as it is with poor people from third world countries who donate organs for a pittance. For the technical aspects of the surgery, I read a textbook about kidney and liver donations; and I have a close friend who donated part of her liver to her sister and shared with me her personal experience as a donor.

The novel focuses on Maria's enduring need for revenge and on Simon's guilt. Will you talk about the role guilt and revenge play in your fiction?
Many people in the novel are trying to atone for something in their past. Simon clearly is, and Howard Crewes, the man paying for the organ transplant, certainly is. I wanted to explore the notion of people trying to fix their mistakes from the past. These mistakes aren't fixable, but people often feel the need to try to set things right by transferring their guilt onto a different situation. Even though it never absolves their guilt, the need for atonement is a very powerful force. For instance, Crewes paralyzed another football player on the field, so he has a need to save someone. So, when his other teammate gets sick, Crewes has an impulse to pay for a liver transplant, attempting to atone for what he did to someone else.

The Dismantling reveals--gradually--the underlying psychology and secrets of Simon Worth and Maria Campos. Will you talk about the value of slow reveals?
I think the interplay between past and present is always interesting. Some novels take place only in the present, and draw their suspense from forward motion. But the novels I like most have that element, but also have a counterpoint of revealing more and more about the characters' pasts--their back stories. There's the interplay of the current plot with the revelation of past information. As the reader learns more about the character's past, the present-day action takes on more resonance. For me, this push-pull between past and present helps with the book's rhythm. I like setting up propulsive present action scenes alternating with sections going back to the past. In this novel, describing Simon's background enriches the protagonist's character and makes the present-day tension more understandable.

What's your writing day like?
I'm a screenwriter as well as a novelist, so there can be deadlines dictating how much and when I write. With more freedom, particularly if I'm working on a novel, my best work is done in the afternoons and evenings. I can't really write until I've done everything else needing to be done on a daily basis. Early on, during the first draft, it's exciting and almost compulsive. But when it comes to revision and editing, I become more disciplined and regimented.

As a screenwriter, do you think visually?
I hope the prose I write is visual and vivid. As I write, I do have this mind's eye kind of sensibility--a visual representation in my head of what's going on. I hope that comes through in my writing.

If you weren't a writer, what would you be doing?
I was an editor for Tin House, a literary magazine, and I really enjoyed the experience. In an alternate universe I would be a book editor.

You're having a dinner party and can invite five people from any walk of life, living or dead. Who would they be?
I'd have three writers. First would be Leonard Michaels who wrote The Men's Club, Sylvia, and many short stories. Then I'd have Shirley Jackson. Next would be Phillip K. Dick who would bring a lot of color to a dinner party. Then, I'd go with Stanley Kubrick and last but not least, Ozzy Osbourne

Congratulations on writing The Dismantling, a gripping literary novel about moral ambiguity, guilt, revenge and the never-ending need for redemption.