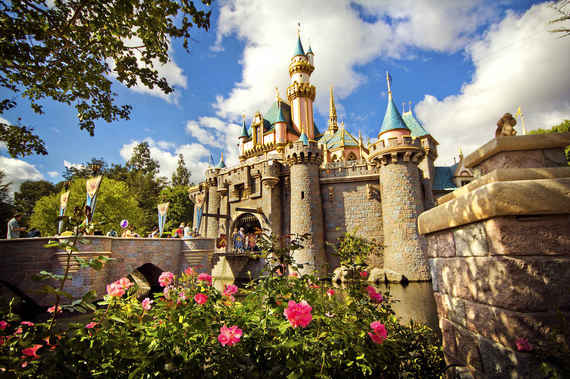 You might think you've done Disneyland/California Adventure as well as anyone could possibly do it, from main gate to backstage -- but, well, you'd be wrong. It would take a lifetime, a heap of cash, and a slew of special friends with most excellent access to do everything worth doing before you finally take that proverbial bite of Snow White's poison apple. Good news is, though, you've still got time, and we've got the bucket list you need to work through, arranged entirely in order of difficulty.

If you're able to pull off the last one without becoming a cast member, you might just deserve your own animated classic.

More: The Most Scenic Drive in All 50 States 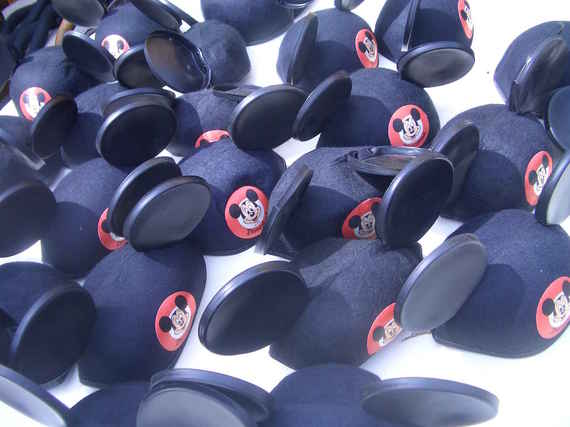 1. Embroider your nickname on a set of ears
You probably tossed out your childhood yarmulke-with-orbs years ago. Replace it, and stick with classic black. Mad Hatter haberdashers used to be finicky about stitching any name but your given one onto the back. Now, for a little extra, you can get them to sign almost anything.

2. Go on your birthday
Get the button with your name scribbled on it -- sure, maybe it sounds silly, but having every cast member wish you happy birthday every damn time they notice your badge actually feels pretty great.

3. Get an annual pass
Obviously. There's no logical (let alone feasible) means of checking off even half of this list without one. 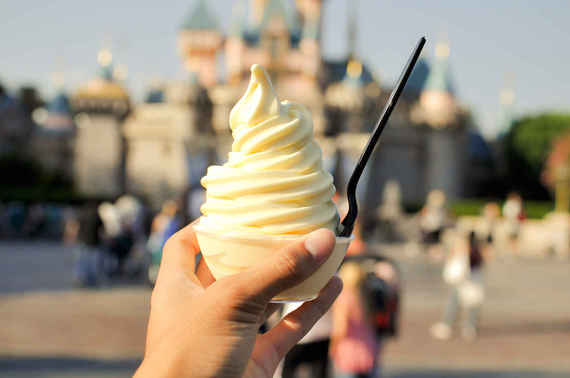 4. Gulp down a Dole Whip in the Enchanted Tiki Room
Everyone forgets the Tiki Room -- the little old-school jewel adjacent to the Jungle Cruise, but it's still kitschy '60s fun simmered in outdated showmanship and un-PC stereotypes. The thing is, it's also a great place to cool down for 15 minutes while eating a pineapple Dole Whip, which you can only buy right through the Tiki Room turnstile. Trust.

5. Ride in the nose of the Monorail
For years they stopped allowing people to get this captain's-eye view of the resort, citing security reasons. That seems to have eased up now. Other than from atop the Fun Wheel, there's no better way to take in the entirety of Disneyland all at once.

6. Be a true mountaineer
Not the hardest trick to pull off, but it ought to be done once: ride the Matterhorn plus Space, Splash, and Big Thunder Mountains all in a row. Toughen the challenge (but potentially bore yourself to death) by attempting it on a holiday and waiting in endless lines. Bonus points for Christmas, New Year's Eve, or the Fourth of July. 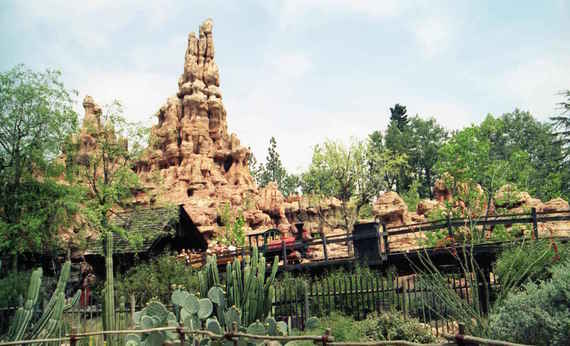 7. Do the "goat trick" on Big Thunder
As you reach the second hill (the one with the snakes), spot the billy goat, visible on your right. Stare him down. Don't let your eyes pull away. The result should be a more dizzying and disorienting feeling than this fun-but-could-be-crazier coaster generally produces.

8. Make out in the Main Street Cinema
Until the mid-'80s, the best place to steal kisses was deep within the pitch blackness of Adventures Thru Inner Space, where passengers were asked to imagine themselves being shrunk to microscopic size, but hopped on mostly to cop a feel. Star Tours opened in its place in '87, leaving the Doom Buggies of the Haunted Mansion as your best option for hickeys and crotch grabs. But that's amateur hour: the best make-out spot is the almost-always-empty theater not far from the main entrance, where Steamboat Willie and other early Disney cartoons are screened continuously. Obviously there's still security, so it's unwise to bear skin or, uh, "attempt positions," but a little tongue action's always fun, too.

9. Drink a Mickey's Fun Wheel before riding the Fun Wheel
Tucked behind Ariel's Grotto in California Adventure is the Cove Bar, where you can get everyday zombies and piña coladas... or this concoction, Disney's version of an AMF: vodka, gin, tequila, rum, and blue Curacao, plus lemonade and a few other splashes. The slow loop on DCA's Ferris wheel will be all the sloshier. Keep from getting too lightheaded by tacking on some lobster nachos or tri-tip sliders. 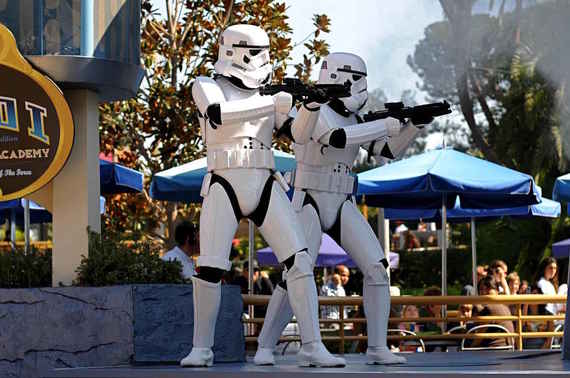 10. Make the most of the Season of the Force
It could be four or five years before Star Wars Land becomes a reality. So satiate your fevered anticipation by indulging in all the preview hype, including the first-ever West Coast incarnation of mega-popular weekend events like this that regularly occur in Orlando. Expected extras include a "Hyperspace Mountain" overlay for what's still the best roller coaster on site, a Star Wars-themed fireworks display with a score by John Williams, and a pop-up restaurant, the Galactic Grill.

11. Doll up for Dapper Days
Twice a year, generally in mid-spring and again in late summer, the cool kids go retro in their best pinup and bow-tie gear for soirées and expos that tend to culminate in afterparties upstairs at Ralph Brennan's Jazz Kitchen. Don't be a drag, daddy-o. Suit up and strut.

12. Devour a Monte Cristo at the Blue Bayou
Yes, you can scarf one down like a ravenous vampire (let the jelly drip out from the corners of your mouth) across the way at Café Orleans. But why do that when you could do the same while watching the launches at Pirates of the Caribbean? 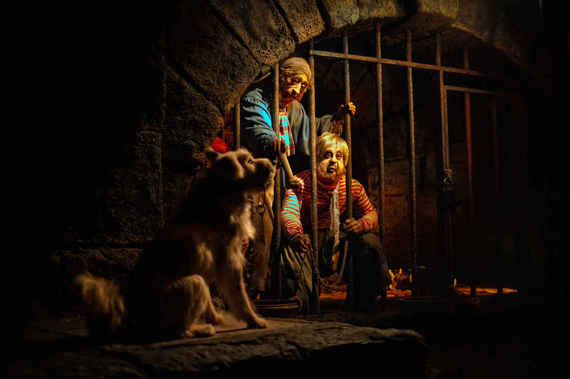 13. Loudly sing the theme from Gilligan's Island before the first fall on Pirates
Because why not? If you don't do something silly at D-land, you're missing the point. Gotta do something once you've inched to the edge of the ride's sole big plunge... and then wait. And inch. And wait. Pass the time by battling back incessant rounds of "Yo ho, yo ho, a pirate's life for me" (no one knows the rest of the words anyway) and redirect your boatload with that ditty about a three-hour tour. Which is how long that wait can feel.

15. Go to hell
After checking off all the other original Fantasyland rides (Snow White, Pinocchio), make Mr. Toad's Wild Ride the last stop, where you will get hit by a train while breaking out of prison and wind up in Satan's Playground, the end. It's not only one of the few remaining attractions from the 1955 opening but it's now only found at Disneyland -- the one in FL was closed in 1998 to make way for Winnie the Pooh. 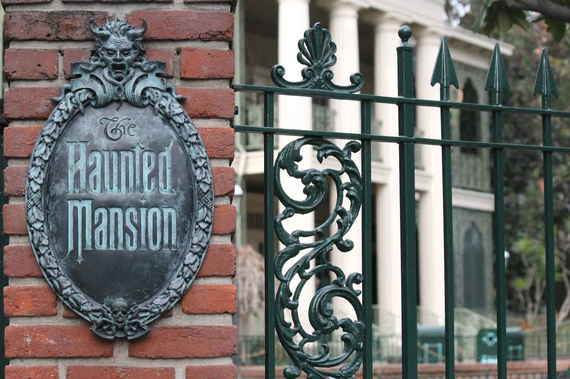 16. Get a death certificate at Haunted Mansion
Ask a cast member guiding you into the foyer for one. If you're lucky and happen upon someone who knows what you're talking about, they might tell you to come back to the front afterward -- and a certificate will be waiting for you. It's the ultimate bucket list souvenir. Get it? Do you?

17. See the Candlelight Processional
This December gathering is basically a mass cast-member choir parading down Main Street, faux-candles in hands, making their way to the circular center, where hymns follow and a celebrity -- whether Disney related (Dick Van Dyke, Kurt Russell) or not (Gary Sinise, Molly Ringwald) -- retells the story of Christmas. A lovely tradition, even for nonbelievers, that dates back to 1958. But be warned: sometimes it rains -- and if that happens, it isn't rescheduled.

18. Upgrade your train trip around the park
There are two ways: 1) ask the conductor nicely and you'll possibly get to ride alongside him in the tender seat (bring a friend, it fits two), or 2) have tea on the Lilly Belle, Mrs. Walt Disney's private car for entertaining guests back in the day. The latter was shut down for a while, after being vandalized, and as of late last year is active once again. 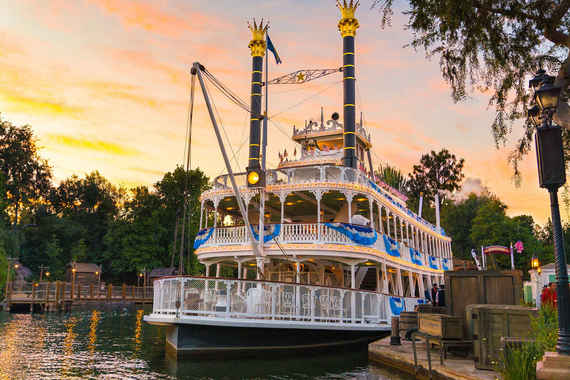 19. Steer the Mark Twain Riverboat
Again, if you ask the right cast member, you could get escorted to the wheelhouse of this iconic ship, where you'll be allowed to "steer" the boat (it's on a track) and blow its mighty whistle. Don't forget to add your name to the guest book, which lists thousands of other honorary drivers dating back to when the park opened.

20. Locate Eeyore in the Temple of the Forbidden Eye
The always interminably long line for the Indiana Jones Adventure ride, as well as the crash course itself, resides over part of what used to be the parking lot closest to the main entrance. In order to retain some remnants from yesteryear, and maintain a longstanding method of tucking away Easter eggs throughout the park (see Hidden Mickeys later in this list), Disney engineers kept one of the signs from the original Eeyore lot visible as you shuffle through the movie-room portion of the queue.

To find out what other 20 things you should do when you make it to Disneyland, check out the full story at Thrillist.com!

The 15 Most Beautiful Places in California You Didn't Know Existed

Every Ride at Disneyland, Ranked