'The Blue Pill or the Red Pill?' 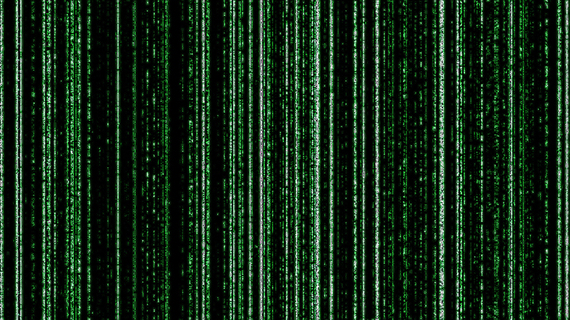 When you feel upset at those Mozlemacs after listening to that cheeky electric box in the living room; take a deep breath, put some scented candles on, make a cup of coffee and reflect on the following:

You see, your world is only as 'true' as you are to yourself. If you are sincere in the pursuit of unraveling 'reality' from fiction, then you will make the effort to do so without preconceived notions. It is very easy to paint everything with the same brush in life, but that only exhibits weakness, not valor.

However, the search for truth takes 'courage'. Real courage. And real human beings with just hearts and profound minds choose to liberate themselves from the shackles of ignorance, rather than become slaves to a prison within their own selves.

That is true freedom, true liberty and true you. And no, those Mozlemacs are not trying to take that away from you. Its preservation is in your hands; nobody else's.

"You can take the falafel out of an Arab, but not the Arab out of a falafel", as the ancient proverb goes. 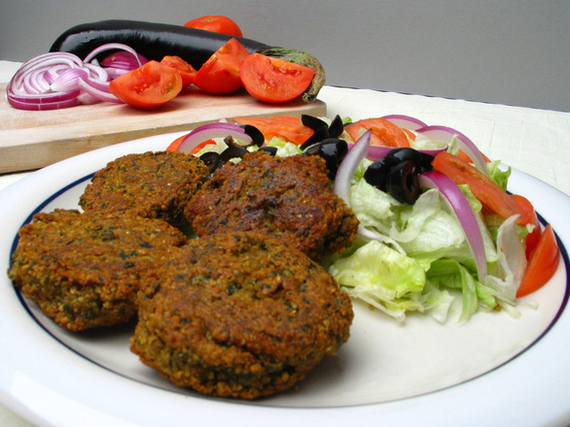 Contrary to popular belief, all Muslims are not Arabs. Islam comprises of 1.7 billion human beings of this planet as its adherents. 80% of those are non-Arab. This means that even though 80% of those have at some point or another in their lives enjoyed the scrumptious goodness of eloquently crafted falafels, yet it does not make them Arab; facts you won't learn on FOX news.

However, interestingly enough, all 1.7 billion of them do believe in specific religious dietary restrictions as prescribed by their holy book - The Qur'an. These dietary rules of engagement are referred to as 'Zabeeha Halal'; a process whereby an animal is slaughtered for consumption in a humane and hygienic manner, devoid of the gruesome spectacles of animals being subjected to stunning, electrocuting or blow-to-the-head prevalent in slaughter houses today. This process is similar to 'Kosher' dietary laws in Judaism, as observed by our practicing Jewish brethren.

Now, we know what you are thinking, and it's okay. We are here to help. So, brace yourselves ( you might want to hold on to something for this one) and here it goes:

Consuming halal meat will 'not' cause your soul to disappear instantly in a puff of smoke through the sinister mechanism of spontaneous combustion, thereby making you a full blown and amply converted evil 'Mozlemac with terrorist sympathies'. Hence, don't sweat it. Consequentially, shawarmas and kebabs sold off a NYC street-cart by a chap named Mustafa Ahmed Al Mahmoud Ibn Tarbooshi (or something to that effect) are completely safe going forward. And here's the kicker: you do not need a Homeland Security Advisory System color indicator for that either.

Last but not the least, no, Muslim women are not 'oppressed', nor does the religion advocate an ideology that seeks to enslave them in some weird fangled scenario straight out of Aladdin and The Return of Jaffar!. If you ask me, us men have it harder. Sticking to the fundamental Islamic premise of "The best of men are those who are the best to their wives", as quoted verbatim by the Prophet Muhammad (peace be upon him) in his final sermon 1400 years ago, is no easy task. As practicing Muslims, the nucleus of our marital bond gains its substance and worth through the embracement of our women as our queens, and their reciprocation of it through respect, compassion and support of us as life-partners. Those are just some very basic human etiquettes based on love, devotion and empathy; nothing religious about that really. No?

In essence, if you want to learn about Islam and Muslims, then mutual interaction is key. Come over for tea at my crib eh? I can whip up some amazing baklava in a jiffy and give you atleast 12 reasons why I think 'The Walking Dead' is the best show on TV ever laid eyes upon by homo sapiens inhabiting this crumb of a planet we call earth. Now, we may disagree on our choice of television programming or even some of our geopolitical, socio-cultural and ethno-religious perspectives, but I am sure there is much beauty to be found in that, just as anything else we experience throughout our shared human endeavor. Differences are fine, as long as we are willing to find common-ground and be 'just' towards ourselves and to others.

And part of being 'just' to yourselves is to not let misinformation cloud your judgment about the world around you and the people therein. Would you learn about Biology by picking up an Algebra book? Truth is an absolution that can only be attained from the real 'source'. Is convenience of judgment more valuable than the originality of facts? You wouldn't buy a rip-off version of Gucci spelled the other way, then why buy the knock-off version of a faith which 1.7 billion mortals on this planet practice? Mortals who want the same things for their children that you do - fundamentals of freedoms, liberties, rights, equality, opportunities and justice minus the schisms propagated by bigotry.

Peace be upon you all!

Your friendly neighborhood 'fundamentalist' Muslim - sticking to the fundamental principles of love, tolerance and humanism as taught by his faith since 609 A.D