We've got wag the dog, dog day afternoon, a dog's 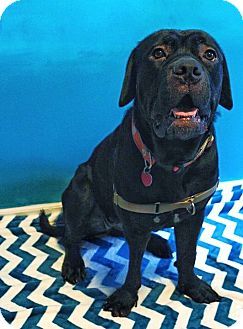 age, raining cats and dogs...and then there's just plain Fido, the pet dog. We're all dog tired from election dog and pony shows, exhausted from the political heat and the dog days of summer.

So what better way to get our minds off of world problems than to celebrate the dog. I mean check out Mondo Cané -- in Italian, an idiom that translates into something resembling a world gone mad.

The beloved dog is a domesticated subspecies of the gray wolf, a mammal of the Canidae family of the order Carnivora. For you purists, the dog is classified as Canis lupus familiaris under the Biological Species Concept. For the rest of us, let's just say that the domestic dog is one of the most popular companion animals in human history. There are approximately 400 million dogs in the world. Working dogs, terriers, toy dogs, hunting dogs, sporting dogs, and hounds. And, in case you're ever a contestant on Jeopardy, Dogs for $200. A: The Most Popular Breed. Q: What is Labrador Retriever?

Adored by babies in strollers, toddlers, Dads, nannies, breeders, and rescue centers, dogs have been revered for thousands of years. In Ancient Egypt, dogs were treated like humans -- buried with elegant artifacts and funeral rites for the afterlife. There were dog temples, cemeteries, mummies...and dog deities like Anubis and Wepwawet. The Nosarii of western Asia worship the dog. 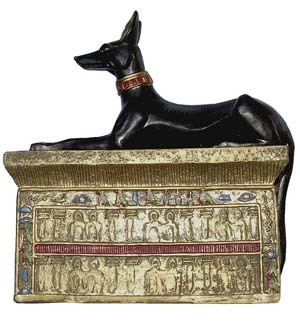 The Karang of Java had a cult of the red dog, worshipped with wooden images which were burnt after a thousand days. The Hindus in Nepal celebrate a five-day Tihar festival every November. In Hinduism the dog is a messenger of Yama, the god of death, and dogs guard the doors of Heaven. They've got Kukurtihar (dog's day), whose revels involve the holy vermilion dot Tika, incense sticks and marigold garlands.

Ever since I was a little kid, I wanted a dog. I grew up in a Veterans' Coop in Queens whose rigid Board rules did not allow dogs. My sister and I always dreamed of owning a cocker spaniel or something fluffy. The spaniel is a natural retriever, feisty, loyal, endearing, and craving attention. We even decided on the darling butterscotch color. We ended up with a turtle. 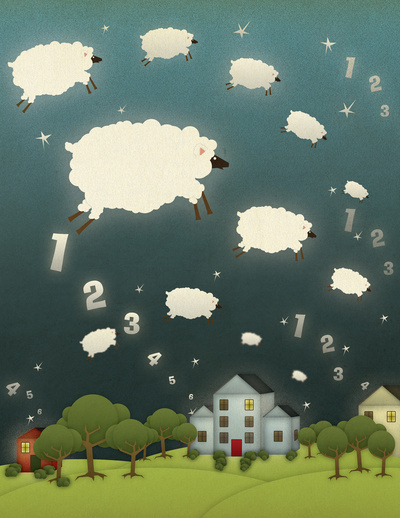 And that was rare to even have to count sheep, since I'd slept through countless campus fire drills, alarm clocks, and loud buzzing doorbells.

Nope, I've never resorted to melatonin or pills; maybe subconsciously I always wanted a sheep farm. With a big shaggy sheepdog to help herd sheep of course, but also to snuggle with while I am -- you guessed it -- counting sheep.

It's no huge surprise that I love sheepdogs. I can still hear my Mom saying "get your hair out of your face" as she painstakingly combed my long 1970's Juliet hair, yanked it into a pony tail, or methodically divided my mop into three sections to make one long, neat braid. 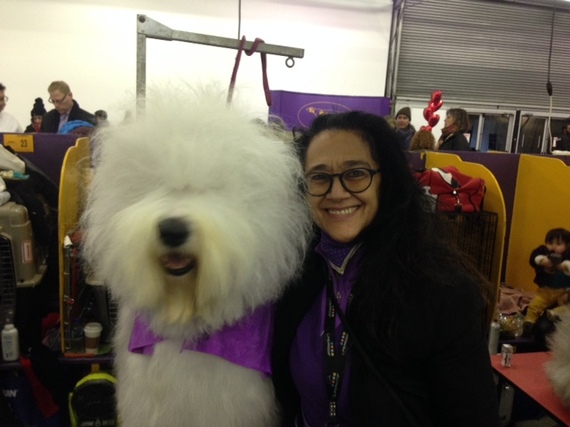 In my fantasy life on the farm, I was afraid of the roaming wolves that would menace the sheep. So naturally I added wolfhounds to my "top dogs" list, if only to help me sleep; those hounds would fend off the wolves to protect the sheep that I'd be counting at night to help me sleep. 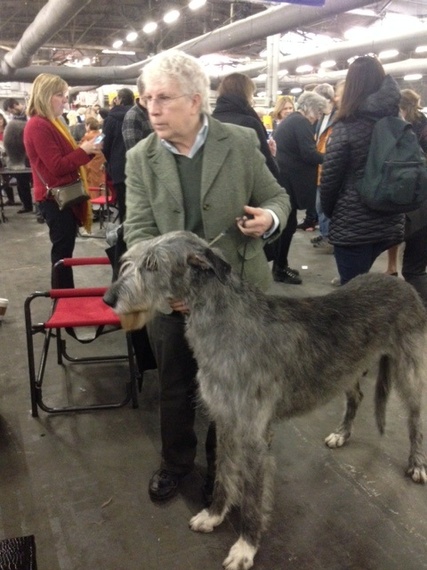 Irish wolfhounds, otherwise known as gentle giants, are tall, slender, lovable, towering, massive, and gentle as a summer's breeze... I always wondered if that breed, being Irish, was partial to tempers or potatoes ...I've always felt the luck of the Irish when I've met one of these plucky wolfhounds ! 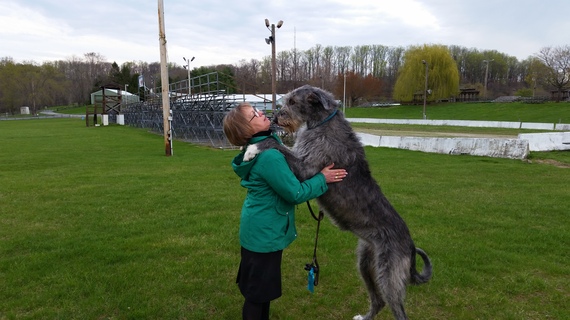 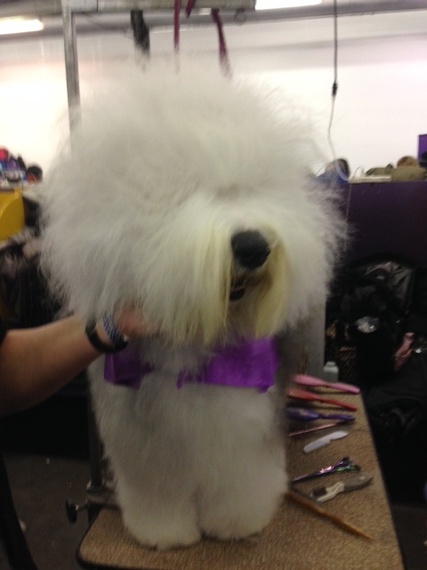 This year Westminster included a batch of new breeds, including the Bergamesco 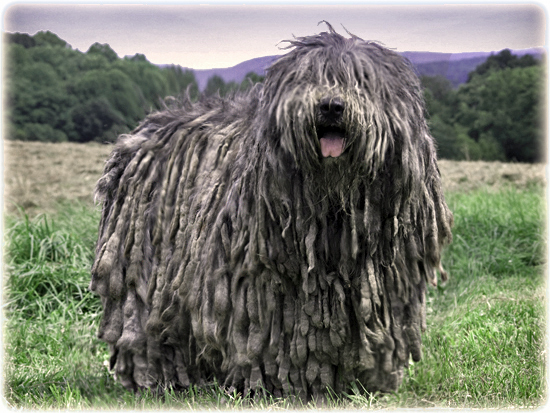 (a hardy herder from the Italian Alps); Berger Picard; and the Romagnola, which sounds like a gypsy tango dance! To me it's not a competition. Just a sweet shop of enticing goodies from the simplest jelly bean to the complex fudge ripple sundae.

And what's with the long names? It's almost as if you have to rehearse the string of words, or whisper them in a hush, to honor the dog's sacred lineage. This year's Best in Show was a sleek German shorthaired pointer named "GCH Vjk-Myst Garbonita's California Journey," a.k.a CJ.

Maybe it's because I'm half Polish that I gravitated towards Zaralyn, a rare black Polish Lowland sheepdog (yup, I also love Chopin Polonaises and Belvedere vodka). This chummy Grand Champion pooch's registered name is quite a tongue twister: GCH Zielonagoras Czama Ksiezna (black princess). She sure was darn friendly for being such royalty. 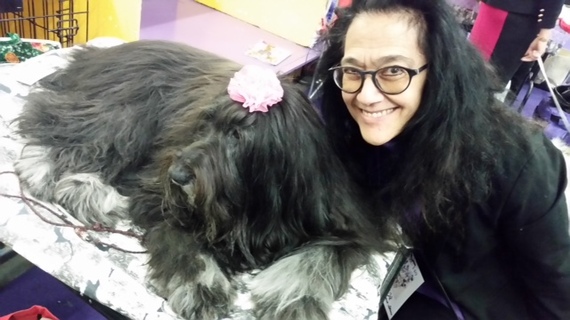 New York City is quite territorial over its top dogs, even appointing favorites to individual neighborhoods from the Upper West Side to Tribeca. This year's Big Apple top breed? The French Bulldog. Small enough to fit snugly into the tiniest of NYC apartments.

Roaming around my own tony Greenwich Village neighborhood, I encountered the dapper, dappled Great Dane Knox. I was smitten immediately, and that was before I even realized he was hopping around on three legs. According to owner Ken Arnold, Knox was diagnosed with chondrosarcoma bone cancer and given two months. And now here's Knox (http://www.pictaram.com/user/knox.dog/1128482593), meandering around Houston Street 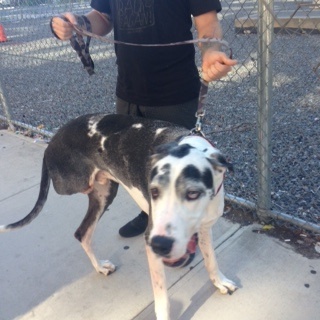 with exuberance. Knox, who's on Instagram, celebrates his 7th birthday on August 29th. According to devoted owner Kenny, he and his wife Becki researched all options, consulting with specialists and veterinarians, ultimately deciding to amputate Knox's rear right leg to avoid further complications and to then biopsy the bone. Right after surgery, Knox was bouncing up on his three legs all by himself. Dogs enlighten, inspire and enchant us amidst the gloom of reality.

When I make my annual pilgrimage to the Westminster "backstage" daytime events (in many senses more intriguing than the actual evening competition at Madison Square Garden), I meet owners, breeders, handlers and groomers... a breed unto themselves! Judith Ryan's Irish Wolfhound pups (www.curiann.com) have the best of two natural worlds. She splits her "flock" of Irish wolfhounds between the woodlands of Ontario, Canada, and the wilds of Palm Desert in the California sunshine to keep them "fit and sound year round." 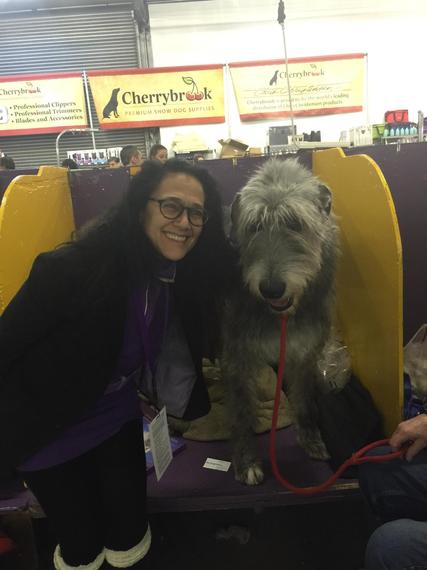 The dogs may appear more relaxed than the owners because, after all, the humans are the ones actually 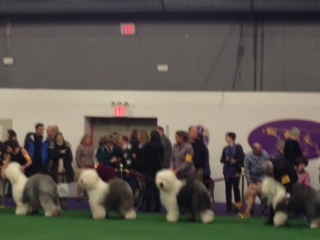 receiving the ribbon.  I often wonder if dogs truly enjoy being guided around the ring by their rather serious (and somewhat quirky) handlers. It's not like they're hunting rabbits, fetching slippers, or tossing Frisbees in the ocean. On the other hand, maybe they take pride in the glory of the competition-- in being honored for revealing the essence of their own remarkable breed.

And let's face it...dogs grow to look like their owners. Or maybe it's the opposite: that owners simply choose dogs that resemble themselves? 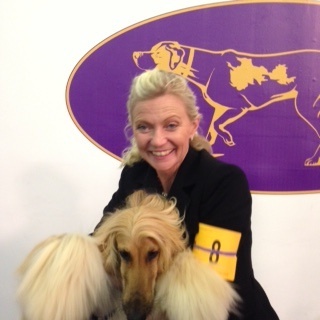 SO when you see a curly haired gent walking down the street, chances are his dog is a poodle or bijon, not a dachshund or a beagle. And usually slim-hipped blondes are seen walking their sleek afghans, not Saint Bernards.

There are approximately 340 breeds of dogs -- that's the number recognized by the Fédération Cynologique Internationale (FCI), the world governing body of dog breeds, aka World Canine Organization. (The number of breeds varies from country to country; the American Kennel Club currently recognizes only 167). Some breeds are too obscure for my brain to remember: Basenji, Affenpinscher, Basset Griffon, Estrela Mountain, Fila Brasileiro, Komondor, Harrier Hound, Lagotto Romagnolo, Mucuchies, and Nova Scotia Duck-Tolling Retriever. Somehow I feel I should be chowing down (forgive the pun) on spumoni while walking an Italian Spinone.

Just as in ancient Egypt, 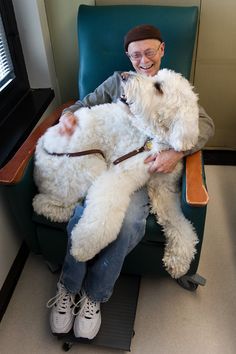 And let's not forget the darling dogs of television and film. 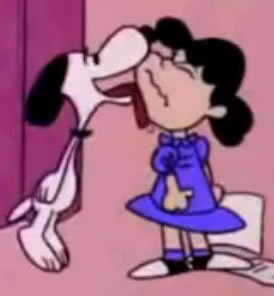 Dogs always seem to put a smile on us, tugging us out of the square boxes of daily stress, into the spontaneity and zest of life. 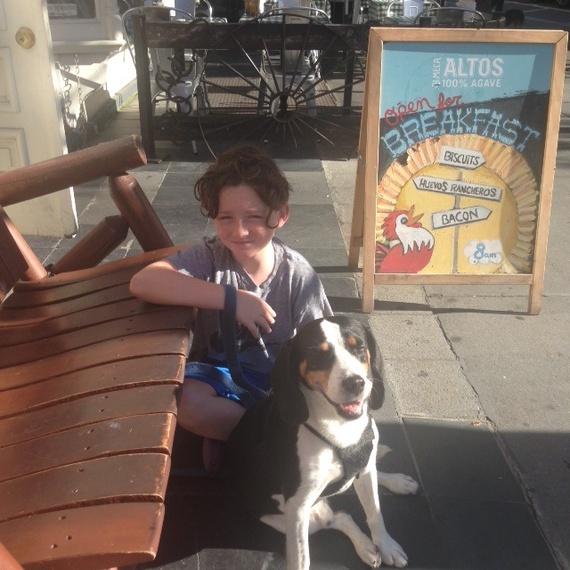 We know dogs use their acute sense of smell and hearing, sniffing out trouble from smoke, floods and fire to unwanted intruders...the police use them for tracking scents, catching killers, tracing bombs and retracing their steps back home, even if it's miles. Dogs are our heroes.

Dipping into history, there's a long heritage of Presidents and their dogs. George Washington owned three pet American staghounds: Sweetlips, Scentwell, and Vulcan. James Monroe had Sebastian, a Siberian Husky. Ulysses S. Grant owned Newfoundland named Faithful. What about Franklin Delano Roosevelt, whose Scottish terrier Fala was retrieved with taxpayers' dollars after being accidentally left behind in the Aleutian islands. (The famous Fala speech helped get FDR re-elected). Teddy Roosevelt had mongrel Skip, Saint Bernard Rollo and Pekingese Manchu, not to mention Chesapeake Bay Retriever Sailor Boyand Manchester Terrier Blackjack. Woodrow Wilson had an Airedale Terrier named Davie. Herbert Hoover had Belgian shepherd King Tut. Richard Nixon had black and white cocker spaniel Checkers. (The Checkers speech revved up support for Nixon, who denied the allegation of a slush fund, stating there was one thing he did receive as a gift that he was not giving back).

Lyndon B. Johnson owned renowned beagles Him and Her -- remember the outrage when he picked them up by the ears? John F. Kennedy had a slew of dogs, including Clipper, a harlequin Beauceron (a sheepdog from Beauce), poodle Gaullie, and Welsh Terrier Charlie. Bill Clinton had a dear chocolate lab named Buddy. During his administration, First Lady Hillary Clinton wrote a children's book called Dear Socks, Dear Buddy: Kids' Letters to the First Pets. Was that the genesis of her barking impersonation? Hillary owns mutt Maisie and Tally, a toy poodle mix. And Trump's beloved lab Spinee, recovering from a recent surgery, is receiving healing prayers all over Twitter. 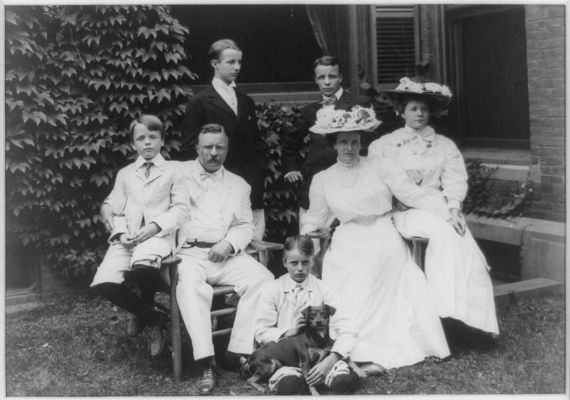 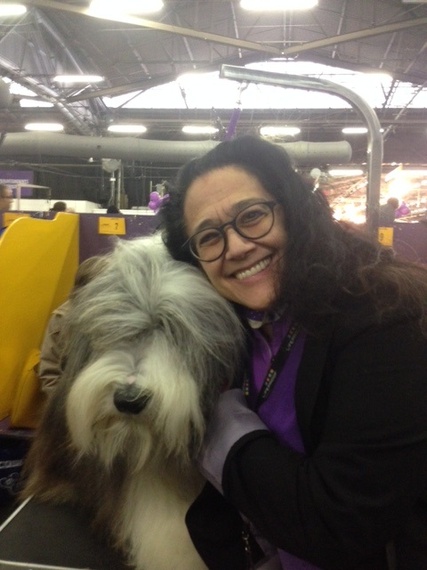 And since so many of us in America seem so genuinely baffled during this historical campaign, perhaps we should invoke the dogs to decide our 2016 Presidential election - to sniff out our ultimately best candidate.