Those thoughts and feelings are stifled and suppressed, but not forgotten. They go underground -- and when they go underground, they fester. They intensify. They grow -- magnified by the frustration of not being allowed to express them. People may bite their tongues and refrain from saying negative things, but those thoughts and feelings are still very much alive -- and they are toxic.

People don't change their opinions just because those opinions are deemed unacceptable to share publicly. They hold onto them, keeping their opinions to themselves, until someone gives them permission to go public -- which is exactly what Donald Trump has done.

Last year when he announced he was running for president, and commented about "Mexico sending us their drugs and rapists," Trump gave others permission to cast off the muzzle of political correctness as well. For the first time in many years, people felt they could speak their minds.

Finally, after three decades of stifling political correctness norms, millions of Americans have found their voices, and it's not a pretty sound. The fair-haired boy -- the hero of disgruntled, resentful, angry, disappointed, fearful Americans -- has made it OK for people to talk about what's really on their minds. Because that's what HE does -- with no filter between his brain and his mouth, Trump is a walking, talking, stream of consciousness, a verbal lava flow of white-hot emotions, perceptions, and conspiracy theories. That's one of the things his fans admire -- he doesn't self-censor. He isn't strategic in crafting his message. He just says whatever comes into his head in the moment -- letting the chips fall where they may. Millions of people want to do that same thing -- speak their minds without fear of being shushed and shamed for being "politically incorrect." 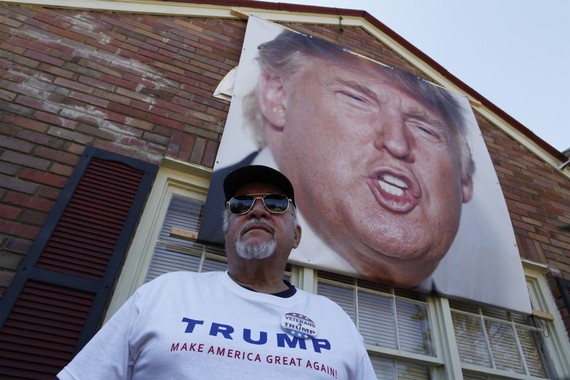 A few days ago, former Secretary of Labor Robert Reich wrote: "Trump ... supporters seem to have come out of nowhere, expressing in large numbers ideas far more extreme than anything that has risen to such popularity in recent memory. In South Carolina, a CBS News exit poll found that 75 percent of Republican voters supported banning Muslims from the United States. APPP poll found that a third of Trump voters support banning gays and lesbians from the country. Twenty percent said Lincoln shouldn't have freed the slaves."

Experts and pundits are surprised by these findings -- but they shouldn't be. These sentiments have been there all along -- for decades. Folks simply weren't allowed to express them. These beliefs and feelings were masked by a thin veneer of social acceptability.

Political correctness clamps a lid on our freedom to express our authentic thoughts and feelings to one another. Political correctness puts a damper on meaningful discussion of important issues, especially those related to race, ethnicity, race, culture, gender, religion, sexuality and other sensitive topics. Political correctness throws a wet blanket on any progress we might have made if we had felt free to share our feelings, our fears, our resentments, our hopes, our anxieties, our prejudices, our values and beliefs -- to have an open discussion about what we really think and feel.

The proponents of political correctness are well-intentioned, to be sure. Their goal was to cultivate a cultural climate of mutual respect, tact, tolerance, and sensitivity to the feelings of others. The problem is, censuring people's words does nothing to change their hearts and minds. I would argue that it probably does just the opposite.

Here's the bottom line: How are we ever going to have authentic, meaningful conversations about sensitive issues of race, gender, religion, sexual orientation, cultural difference and values if we can't talk about what's really on our minds? How can we build bridges of understanding if we can't speak openly?

Former NAACP chairman Julian Bond once said: "You hate to think you have to censor your language to meet other people's lack of understanding. ... As a nation the U.S. has a 'hair-trigger sensibility' on race that can be tripped by both real and false grievances."

Are we really so fragile, so sensitive, that we can't bear to hear someone else speak their truth, even if that truth is painful to hear? Do we need to be protected from each others' perceptions, fears, anger and resentment? Are our "feelings" so delicate that we can't bear to listen to the pain, confusion, and frustration that other carry in their hearts? 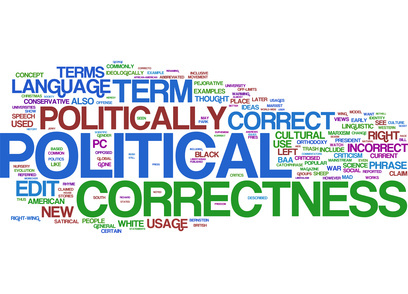 In my consulting work over the years, I've noticed that when people in an organization can tell the truth about what's really going on -- about the important issues affecting them -- the healthier that organization is. The same holds true for families -- the more family members can tell each other the truth about their feelings and thoughts -- the healthier that family is.

"You're only as sick as your secrets," psychologists tell us. Secrets eat away at our insides. Secrets are not conducive to healthy relationships -- in business, in families, or in societies and countries. When we have to keep our true feelings secret, we are sickened by the suppression. We swallow the poison of our resentments, while hoping those we resent will die.

We will never rid our country of prejudice, racism, sexism, bigotry, and xenophobia by prohibiting uncomfortable, painful conversations.

Trump may have actually given us a gift by rejecting conventional norms of political correctness, and by removing the lid from the boiling cauldron of negative feelings shared by millions of our fellow citizens. Isn't it better to KNOW how people really feel? Isn't it healthier to air our feelings -- especially negative feelings -- so we can help one another face our fears, process our resentments, and work through our anger?

We humans crave order and security -- we long to feel some sense of control in our lives. But the world is chaotic, unpredictable, fast-paced, and changing -- rife with risks and dangers, both real and imagined. "Challenges to the existing order -- diversity, influx of outsiders, breakdown of the old order -- are experienced as personally threatening because they risk upending the status quo order [people] equate with basic security." (Robert Reich)

That's Trump's appeal -- he promises to take charge and make everything all right again. He names the monsters and bogeymen hiding under our beds and reassures us he will dispatch them once he's in the White House. His promise to "Make America Great Again" offers his followers the hope of safety, security, law and order.

For decades, political correctness proponents have said, "Don't share your true feelings and thoughts, especially if they're negative. It's not OK to say those things." Donald Trump says, "I feel your pain. Tell me your troubles. Tell me where it hurts -- and I will kiss your boo-boos and make them all better."

By not allowing people to speak of their fear of "others," their financial and social anxiety, their despair about the future, we have failed to deal with the chronic, soul-crushing pain that millions of Americans have been feeling for a long time.

By not being willing to have uncomfortable and awkward conversations with one another -- by not dealing with our negative perceptions and feelings, we have created the perfect conditions for someone like Trump to ascend to the role of hero of the disenfranchised and distressed. Political correctness has a down side, and we're all seeing it ... "big league." 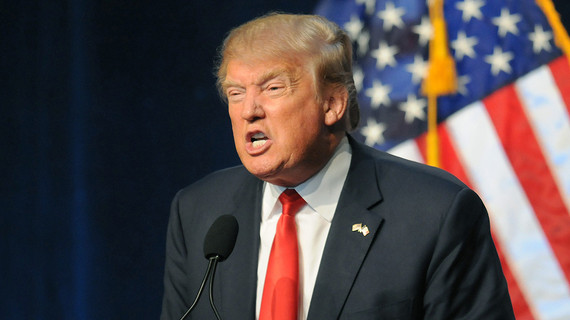 BJ Gallagher is a Los Angeles diversity consultant and author of over 30 books, including an international best-seller, A Peacock in the Land of Penguins: A Fable About Creativity and Courage (Berrett-Koehler; 2015) now published in 23 languages.