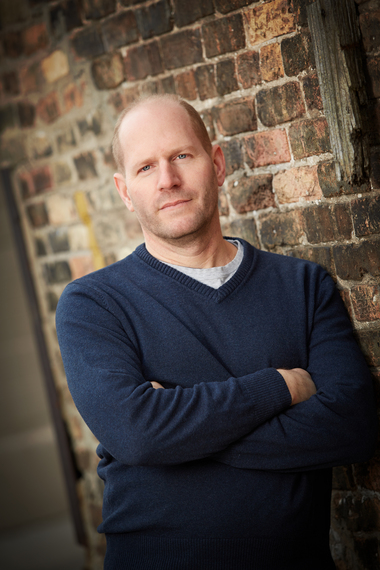 Nicholas Petrie received his MFA in fiction from the University of Washington. While an undergraduate and the University of Michigan, he won a Hopwood Award for short fiction. His story, "At the Laundromat," won the 2006 Short Story Contest in the Seattle Review. The Drifter is his debut novel.

In The Drifter, Peter Ash returns from the wars in Iraq and Afghanistan with what he calls "white static," claustrophobia from Post-traumatic Stress Disorder that causes him to live in the mountains and sleep under the stars. After a Marine friend commits suicide, Peter returns to civilization to help the man's widow with some home repairs. Beneath her porch, he finds a huge dog, a suitcase stuffed with $400,000, and explosives.

When he begins investigating this discovery, Peter lands in the middle of something far greater and menacing than he could have ever imagined; and he is thrust back into a world he thought he'd left behind.

Your protagonist, Peter Ash, is a complex man. How would you describe him?
I spent time talking with veterans and reading about people who have gone off to war. In an all-volunteer army, these are people who chose to enlist, though they didn't necessarily choose to do three or four tours of duty in combat zones. Many of them went because they wanted to be useful; they wanted to help. And that's primary in Peter Ash's makeup. He wants to be useful. He doesn't complain; he really wants to help people.

He also feels guilt about his friend who he feels might not have killed himself if Peter had been there to help him through his difficulties.

Peter also suffers from serious psychological conditions.
There are various psychological issues affecting people who have been through traumatic experiences. This certainly can apply to war veterans, survivors of natural disasters, sexual assault victims, and others who often develop Post-traumatic Stress Disorder. Peter has his own version of PTSD and it haunts him.

I read a great deal about the house-to-house fighting in Iraq, which was part of Peter's experience and caused him to develop claustrophobia. With that condition, it's hard for Peter to be indoors. He also feels an irrational level of guilt, having been in command of soldiers, some of whom didn't make it back home, while he did. This leaves him with the need to help others with whom he crosses paths.

What made you choose a combat veteran as a protagonist for The Drifter?
This is my fourth novel, though it's the first one being published. That's not uncommon for people afflicted with my particular condition: the urge to tell a story. My third novel was completed in the summer of 2008, but the financial meltdown occurred, and the publishing industry basically stopped acquiring novels from unknown writers.

I decided I was done writing for a while, and worked as a building inspector. Doing that work, I inspected homes for veterans who were coming back from the war. They told me many stories about their experiences. I've never served in the military, and the more I talked with these people, the more interested I became in their plights. I was deeply affected by their stories. I was inspecting houses undergoing foreclosure, and began imagining the lives of these people.

If I were going to write crime fiction, I wondered who my hero would be. Usually, the protagonists in crime novels are journalists, attorneys, private eyes, and law enforcement people. But there's also the 'everyman.' To me, the men and women who went to fight the war were ordinary people who entered into extraordinary circumstances, and a war veteran seemed perfect as a protagonist.

The dog, Mingus, plays an important role in the novel. Tell us about that.
Mingus was an accident. I don't outline or plan ahead when I write a novel. The more I know about what's going to happen, the less interesting it is to me; and if it's less interesting for me, it will be that way for the reader.

I wondered about an engaging way to start the book. What would be Peter's first useful act? Once I began writing about the dog, I realized something important was going on between Peter and Mingus. They had similarities. They were both at loose ends and had nowhere to go. The more I wrote about the dog and Peter relating to him, the more Peter began acting compassionately toward the dog. Mingus became a central character in the novel and helped Peter put together the pieces of the puzzle. I didn't expect that to happen.

They become brothers in arms, don't they?
Absolutely. They develop a very special relationship. Mingus is something of an alter-ego for Peter. It's interesting what pops out of an author's subconscious when he's not thinking about it. (Laughter).

The prose in The Drifter is quite lyrical. Who are your literary influences?
In crime fiction, I cut my teeth on early Robert Parker, Elmore Leonard, John D. MacDonald, and Alan Furst. I always loved the writing of Hemingway and Faulkner. Cormac McCarthy's Border Trilogy has been a huge influence; I think I read those novels four times. I'm most interested in people who've lived life in the extreme, which is what draws me to crime fiction.

What has surprised you about the writing life?
I never expected this novel to be in print. I thought I would write it because storytelling is all I ever really wanted to do. I did it because I love to write. I sent it off to the agent who took it on and sold it. That's been an astonishing surprise for me.

Peter Ash seems ready-made to be a protagonist in a series. Are you planning that?
Part of my agreement with Putnam is for two books. The second book is completed but for the copyediting. It's another Peter Ash novel. I've found that I enjoy his company. It was easy to fall back into his head. I've been asked by Putnam to write another two books after that, and at least one will be another Peter Ash book.

Congratulations on writing The Drifter, a gripping, beautifully written novel with complex characters that has received high praise from the likes of David Baldacci, John Lescroart, Steve Berry, and William Lashner.