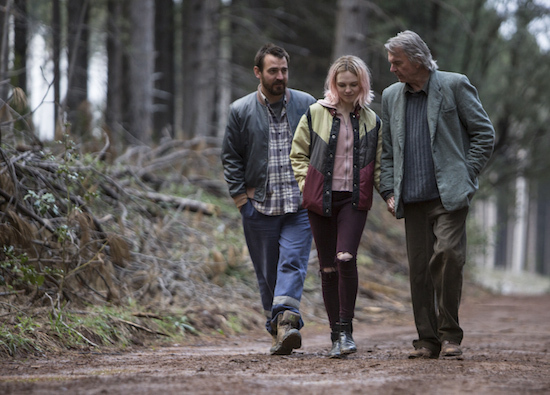 Ewen Leslie, Odessa Young and Sam Neill in a still from Simon Stone's The Daughter

Henrik Ibsen's work is all about ghosts from the past that somehow find their way back into our lives and alter it. These days, his plays feel very contemporary, because this idea that those hurting then go on to hurt others is a concept we are surrounded by, especially in the Arab world. All we have to do is tune into a news broadcast in Dubai, and the magical world of the movies we are living in for over a week thanks to the Dubai International Film Festival, gets interrupted by the ugliness of the reality that encircles the idillic UAE.

Simon Stone has taken the concept of bringing Ibsen into the 21st century one step further in his haunting, beautifully shot, absorbing The Daughter. Based on his own theater play inspired by Ibsen's The Wild Duck, The Daughter takes place, and was shot, at the foot of Australia's Snowy Mountains. Deeply affecting on so many levels, Stone's film brings the audience on a languid at first, emotional voyage that winds through the experiences of two families from different social classes, and breaks through to a powerfully shocking ending, one that explores the potential of a single action, in affecting the lives of others. Lets just say that an avalanche of events unfold when a single, unhappy, self-righteous yet possibly well-intentioned character, Christian (played by Paul Schneider) reappears in the lives of his father (Jeffrey Rush), his dad's fiancé, his friend Oliver (Ewen Leslie) and his friend's family. Now doesn't Christian possibly sound like one of those individuals who currently operate in a certain, how do I put it... organization based in Syria and Iraq, which shall remain nameless in my blogs?

I caught up with the talented Stone, as well as two of his lead actors, the sultry, handsome yet unassuming Ewen Leslie and the ever gorgeous, elegant and wise-beyond-her-years Odessa Young in Dubai, on a terrace soaked with sunshine of the Al Qasr Hotel.

What struck me in your film is this idea that a really unhappy person can wreak so much havoc. Was this always in your mind while writing the script?

Simon Stone: It's interesting that you say that. Things like what happened in the movie don't happen unless there is someone genuinely suffering, who feels like they need to find salvation for their soul and they misguidedly assume that they need to involve other people in that.

You've just described what probably goes through the minds of those extremists that surround this region!

Simon Stone: Yeah, but nobody grows up wanting to be a bad person. Everyone grows up trying to find moments of connection with one another. Maybe through a series of failed relationships you end up kind of assuming, like a cornered animal, that the only way to survive is to not trust anyone and fight. My tendency is always to find out why people have ended up the way they've ended up and it almost always has to do with your childhood.

We can always blame our parents!

Simon Stone: Philip Larkin wrote, in one of his poems and I'll have to swear now, "They fuck you up, your mum and dad. They may not mean to, but they do." First time I heard that was my father quoting it to me, as a way of explaining why...

Ewen Leslie: [jumps in] What he was about to do!

Simon Stone: Having said that what attracted me to making the movie is not just an analysis of a person who kind of selfishly, negatively impacts other people's lives, but when you are put in a situation of being the victim of that kind of behavior how do you survive? How does a family survive this kind of vicissitude of fate. It is unfair, life is unfair. Life was never some agreement that everyone would be treated the same.

Ewen Leslie: At the same time, as much as Paul's character Christian has a lot to answer for, my character makes decisions in the end that are not good. I think just about every character in the film would be able to look back on the events over the week and feel some level of responsibility or guilt over where it went.

Are we condemned as humans to make a series of mistakes and then one mistake could lead to tragedy one day?

Simon Stone: Yes. But if you're lucky enough, you get a moment of grace from your mistake. The message of the movie more than anything is you can't blame any individual human being for something going wrong, because things just go wrong sometimes.

Your character resonated very deeply with me, because for most of the film, you are the perfect father. How do you prepare for a role like that as an actor, because a good guy could be a boring character in a film?

Ewen Leslie: Because it sounds almost bad sometimes to say, oh he's just a good man. But he really is I think. 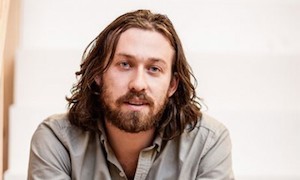 Simon Stone: What Ewen discovered in the play we did together that the film is based on, the main thing we carried over, is that Oliver is a man who has no judgements of other human beings, which is the most charming thing you can create. He doesn't judge, he's listening, he's open and he's receptive. But the way that he creates a compelling-ness to that lack of judgment is he's constantly making a fool of himself. He's being slightly idiotic, or silly to make others feel at ease. That foolishness, that kind of self-conscious clowning in people is often hiding the inability to compute, to deal with their own problems.

And yet, he's a romantic hero, a good father, who doesn't take himself too seriously...

Ewen Leslie: I think there is a slight immaturity with him, that makes him a great father. His relationship with the daughter, I always thought of him as like a teenage friend of hers, but the one who is always saying the wrong thing and you don't really want them hanging out with you. But they're nice and you don't want to hurt their feelings. He's someone who wears his heart on his sleeve and the one person who doesn't realize he's the lead in an Ibsen film!

About this beautiful actress, this talent and wise woman beyond her years, Odessa Young?

Ewen Leslie: We were very lucky to have her in the role of Hedvig. Simon obviously wrote this lead in his film, and needed to find someone who is sixteen and can carry the emotional depth of this role. It's really difficult. She came into the room and knocked it out of the park. I just think, thank God I had Odessa.

Odessa, you are incredibly adept at playing these multilayered characters, because while you are fascinating to watch in the first half, we never realize what you are capable of doing in the second half of the film. How do you prepare for Hedvig, I assume you are not like her?

Odessa Young: It was really challenging because I've always been quite level-headed. Just an even mind, I think about things a lot and don't act irrationally. In terms of Hedvig, she's so reactionary and emotional and giving. She just gives her entire self to her boyfriend, to her father, to her family, she can't moderate herself. I guess in order to prepare for what feels like the end of the world for Hedvig, I had to work out what the end of the world for me would be. Because she's so reactionary and she doesn't understand that things come in ebbs and flows.

What attracted you to an emotional role like this one?

Odessa Young: The complexity in which she was written, a testament to Simon's writing, which is just perfect. And also the challenge that it was to understand her. You learn a lot about yourself by diving into other people, even the things I learned about human nature. The main difference between Hedvig and I is that I'm quite self-aware. That's why I think rationally about things and she doesn't. Simon explains it perfectly, the character of Hedvig, when he says that if you imagine someone's life as a ruler, then as a thirty year old you have a 30 cm ruler, and as a sixteen year old you have a 16 cm ruler. Therefore each centimeter is a larger percentage of the ruler, than when you get older. So this event that takes place in her life is so much more of her life than if she were older... It makes everything so much more drastic!