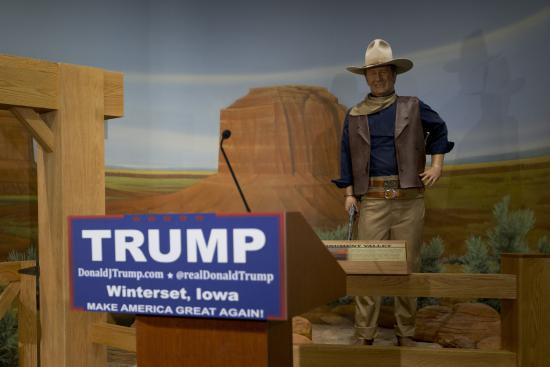 Earlier in the day, however, Trump got another endorsement. This endorsement was from a family whose patriarch's politics are instructive when trying to understand Trump's appeal: John Wayne's daughter. 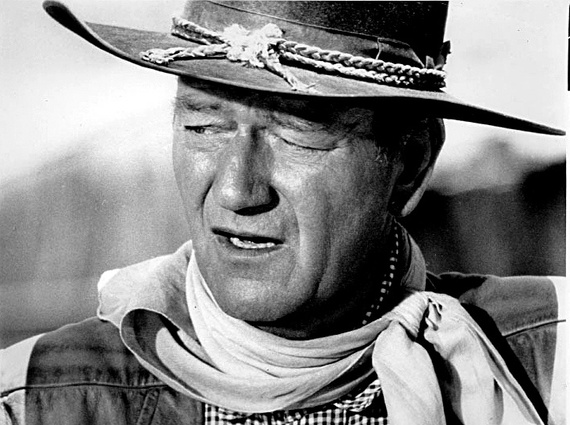 John Wayne occupies a particular place in the heart of white, right-wing America. He represents everything about the past that white America has mythologized: the stoic, rugged frontiersman; the lonely ronin cowboy; the man's man who exemplifies patriarchal masculinity.

Intrinsically tied to John Wayne's rugged portrayal of various white hero tropes were his political views. Wayne was a hard right conservative whose views on race mirror those expressed by Trump's supporters. 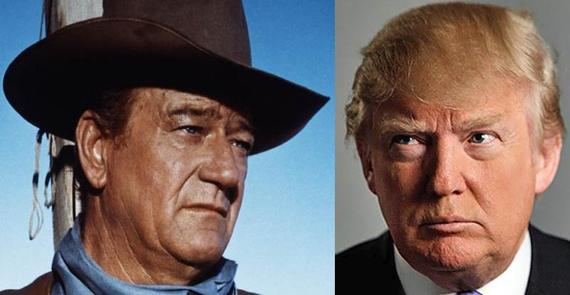 In 1971, John Wayne was interviewed by Playboy. In the interview, which has gained a certain notoriety over the years, Wayne said the following:

I believe in white supremacy, until the blacks are educated to a point of responsibility. I don't believe in giving authority and positions of leadership and judgment to irresponsible people.

Later in the interview, on the subject of Native Americans, Wayne said that:

I don't feel we did wrong in taking this great country away from [Native Americans], if that's what you're asking. Our so-called stealing of this country from them was just a matter of survival. There were great numbers of people who needed new land, and the Indians were selfishly trying to keep it for themselves.

It makes sense that Aissa Wayne, John Wayne's daughter, said at the press conference declaring her family's support for Trump that "If John Wayne were around, he'd be standing right here instead of me."

He certainly would be. 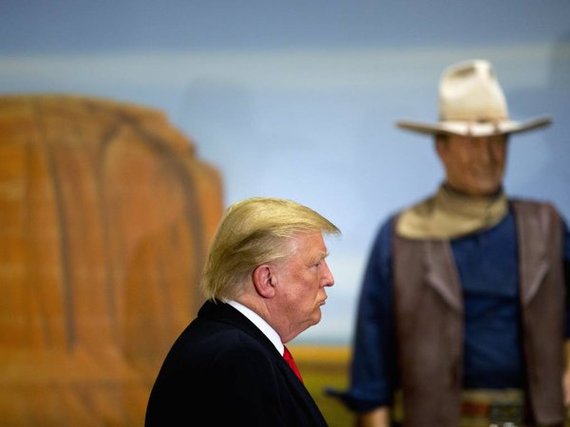 Trump doesn't have a reputation for being a particularly politically principled person. His positions ebb and flow with whichever crowd he's targeting--look no farther than the interview from 1999 that the campaign of rotting mayonnaise blob Ted Cruz is using as a desperate attack ad in Iowa.

But there is one philosophical position that Trump has held for a very, very long time. A marked antipathy to people of color.

The New York Times cited the first time it published a story on Trump recently. It was an article discussing the then young real estate mogul's discriminatory housing practices in his buildings. In 1973. Two years after Wayne's Playboy interview.

It's 43 years later. Trump is running for president on a barely concealed ethno-nationalist platform. And on January 19 he got the endorsement of the John Wayne family.

What is it now, pilgrim? Your conscience?