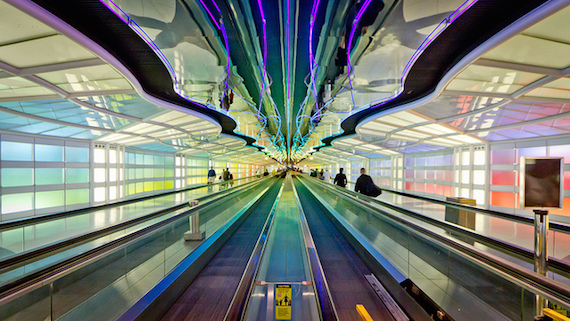 Gone are the days of waiting until the last minute to finalize holiday travel plans. With the season's cramped airports and roadways, soaring flight and room rates and unpredictable weather, you'll wind up saving time -- and a little sanity -- by getting a head start. And with limited availability and rising frustration levels at this time of year, prepping in advance can help you navigate tricky travel situations that pop up along the way. So instead of procrastinating, follow this primer to find the best deals and make the most of your holiday journey.

"In September, add about $3 a day to your ticket price every day that you procrastinate," says Rick Seaney, CEO of Farecompare.com. For Thanksgiving travel, you can add about $5 per day to your flight price beginning in October, he adds. In other words: Don't delay. "Around that second week in November, you're going to see a huge rise," he explains, emphasizing that prices will start to climb around Nov. 10, especially on the most popular and convenient routes.

"The best money-saving strategy is to lock in your holiday travel plans as soon as possible," says Gabe Saglie, senior editor at Travelzoo. And if you want to travel over Christmastime or New Year's, cut costs by booking in September or October at the latest, he says, noting that holiday airfare promotions started running in summer. October is a transition month and the last time to clinch a deal before tickets are at a premium, he says.

"My rule of thumb is to fly hungry," Seaney says. Choosing flights departing around 6 a.m., noon and 6 p.m. is a smart way to maximize savings because travelers tend to not like to fly at those times, he explains. Flying on Thanksgiving Day is another clever way to secure a reasonably priced ticket, he adds. "The two busiest days of the year in all of aviation are the Wednesday before and the Sunday after Thanksgiving," and "consequentially, they're the most expensive," he says.

Flights earlier in the day are typically more competitively priced because the demand is lower for leisure travelers, Saglie says. They also "tend to be more dependable," he adds, emphasizing that "as the day wears on, the odds of delays, the odds of cancellations tend to increase," and can wreak havoc on travel plans, especially in the wintertime.

And according to Colleen Clark, managing editor of Jetsetter, your best bet of getting "the most vacation bang for your buck," is flying on Christmas or New Year's Day.

See: 5 Questions to Ask Yourself Before Booking Your Holiday Travel

It might seem counterintuitive, but it's a smart idea to avoid connecting in a major airport hub around the holidays, Saglie advises. "Oftentimes, they will be lower-priced alternatives to nonstop flights, but I always say balance the money saved with the headache that a connection might create, especially if you're traveling through airports that tend to be slammed with weather," he explains. "The fact is you want to balance whatever savings you're looking at with the convenience factor." And according to Saglie, sometimes connecting flights are not in fact the cheaper option. "I've seen one-stop flights sometimes priced exactly the same, sometimes more," he says. And connecting through airports that are notorious for being impacted by weather delays can not only not translate to an entire day of lost travel, but also major luggage issues, Saglie adds.

Clark shares similar sentiments, emphasizing that checked baggage and weather delays are the major hurdles travelers should expect around the holidays. She advises staying prepared by splurging for checked luggage and nonstop flights to avoid extra unnecessary headaches.

And if you're flying with kids in tow, Saglie recommends booking early to avoid running the risk of getting priced out or being far away from each other on the plane. "You can't depend on a gate agent to seat you with your kids," he says. "During these busy travel times, it's really less about the journey and more about the destination."

Where to Find Availability

"The real benefit of planning early is just that you're going to find a room," Clark says. While popular destinations in Hawaii and across the Caribbean are going to be completely booked around Christmastime, off-peak destinations can yield greater savings, she says. "Get creative," Clark says. "Instead of booking the Caribbean, maybe get a place out in the Hamptons in New York," she advises, noting that the crowds will be fewer and the room rates will be cheaper than other times of year.

Conversely, travelers have a little more wiggle room to find a hotel deal over Thanksgiving, she says, adding, "If you have to prioritize spending money on something, book the flights first."

See: How to Recover From Weather Delays

Where the Deals Are

"What's really interesting this year is that hotel demand in the U.S. is at an all-time high," Clark says. Snagging a deal during Christmastime will be challenging, she says, adding that the best strategy is to look for steals and deals during Thanksgiving and New Year's. For example, The Line Hotel, a four-star hotel in Los Angeles, is listed at $305 for New Year's Eve on Jetsetter, but the nightly rate on Dec. 30 and Jan. 1 drops to $160. And if you have the luxury of tacking on a few extra days to your trip, Saglie suggests extending your stay to make the average daily rate more manageable. "By Jan. 2, hotel prices will drop off pretty dramatically," even in popular destinations such as New York City, he explains.

"Last year, the travel numbers set records," Saglie says. And this year, travelers can expect the same traffic trends, he explains. "Gas prices will influence people's vacation habits this holiday season," Saglie adds. A September AAA report lists the current average rate at $2.29 per gallon, yielding drivers about $1.09 in savings on average compared to 2014. That said, you will battle heavy crowds and limited availability at this time of year, he says. "Oftentimes airport car rental locations will sell out of inventory," he explains. "If a rental car is part of your plan, I'd book it right along with your flight."

International Travel
Where to Find the Best Deals

If you're on the fence about where to go over Thanksgiving and Christmas, "don't be afraid to look at international options," Saglie advises, noting "November is the beginning of low season in Europe." And while popular tourist destinations like Mexico are unlikely to have a lower demand or downtick in pricing at this time of year, other destinations across Europe and Canada offer enticing hotel steals. Clark also suggests searching enticing off-peak, off-the-beaten-path beach resort destinations, such as those in Nicaragua and Costa Rica, to find the best rates and availability.