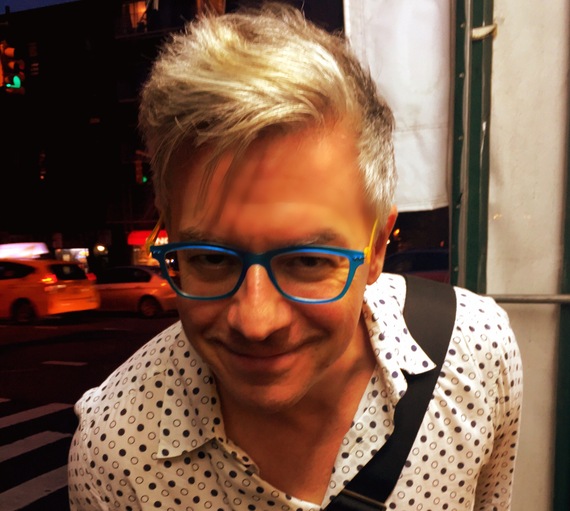 I've been dating again after many, many years single and something has come to my attention. Gay men dress much less fabulous than they used to. And I'm not sure why I care. Okay, that's a lie. I do know why I care.

Please humor me as I peel away my neurosis like a large, plump, juicy organic banana that you can get at Whole Foods for the low, low price of $4.99 each. It's harvested by Guatemalan children, so that makes it okay.

Recently, I posted on a social media platform that I was frustrated with my dating life via OKCupid, because some of the gay men I'm meeting dress like they're shopping at Target on a Sunday. It was a joke, saying that dressing fabulous for gay men seems more rare than ever before, but it was also a passive-aggressive dig at the look some gay guys have now. The whole sweats and baseball caps and frumpy T-shirts and sneaks. You know, looking like they're shopping at Target on a Sunday.

I'm pretty smart and I know that my needing to spend more than a second wondering why on earth any gay man would leave the house looking like something out of CW sitcom says everything about me, and less about their backwards baseball caps and need to go to gay sports bars (an oxymoron if there ever was one), and more to to do with my own sharp realization of late that I'm just not that kind of gay in any form, at any time, in any way.

But yet I am. Or was, I should say. And still can be on certain days.

Confusing? A little. Honest? Yes. A bare expression of how complicated this issue is? Totally.

Being fabulous is something I've avoided for most of my life. When I was in a relationship for years my ex and I had friends who always made fun of how gay I was. One year, I dressed in drag as Wonder Woman and they were very mean spirited about it. Yet they dressed like straight guys from Long Island, but of course, they looked like gay guys dressing like straight guys from Long Island.

I love them both very much, but let's call a preening ostrich what it is, Mary Louise Parker. They made fun of me because I gave them permission because I made fun of myself.

I was given shit from people for years about my gayness. So in my 30's and the first half of my 40's, I dressed down. I wore the same jeans everyone wore. I gained weight. I didn't wear super flashy colors or anything too loud. I became one of the many and it was a great feeling. To walk into a room and have nobody glance at me as if there was something wrong with me? #PricelessAcceptance.

But then something shifted in me. Years ago, I got a job working for a guy who ran a major cable network. He was as gay as gay comes. He had a lot of money so he always dressed to the nine's. Prada and Dolce and Gabbana. Nothing less. One day he and I were in an elevator going to a meeting and he said to me, "Where did you get that shirt?" "Old Navy," I replied. He smirked. "Why on earth would anyone wear anything with the word 'old' in it?"

Funny, yes, but at the time it was such a viscous dig I wanted to slap him. He was a notorious bitch, but yet there was something in his entitled narcissism that I found intriguing (make all the analogies you want - I've heard them all).

I realized that part of his success was being able to dress the part even when he didn't feel the part. I called it his Costume Wear. In the end, I knew modeling myself after him would be a mistake, but there was something about his pride at being able to take one glance at someone and tell immediately if what they were wearing designer or not that I liked, but I wasn't sure how to make that learned skill my own. I wanted to take the nasty narcissism out of it but imbue it with pride and unapologetic fabulousness.

So I got my ass to Century 21 with my dear friend, Tracey, and she and I got a series of outfits and the moment I wore my first designer look on the streets of Manhattan at age 45 (having lost 35 pounds at that point), I felt empowered and alive. Sure, I was still chubby and looked like an encased sausage, but the slightly tighter clothes motivated me to lose more weight and now I'm svelte and those older designer clothes are loose.

What is the point of all of this? Well, first, that the clothes do indeed make the man, if the man likes how the clothes make him feel.

Second, that each man should wear whatever the hell he wants, and that if he does it ain't nobody's business. I'm writing that to remind myself not to be such a judgmental bitch when I see gay guys in sweats and frumpy shirts, and the thing that for some reason drives me batty, that damn baseball cap. Maybe I hate them because I used to have to play in outfield as a kid and peed my pants because I waited so long for a ball that never came. There's a metaphor for my dating life if there ever was one.

To each his own. To my own. And my own is feeling my fabulousness in fabulous clothes because, well, it makes me feel unapologetically fabulous. #FabulousFlagWavingHigh 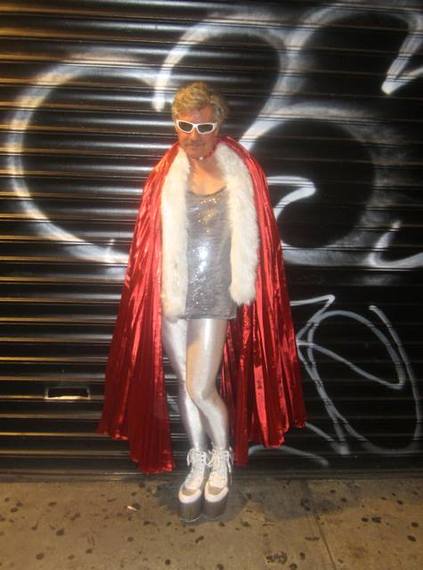