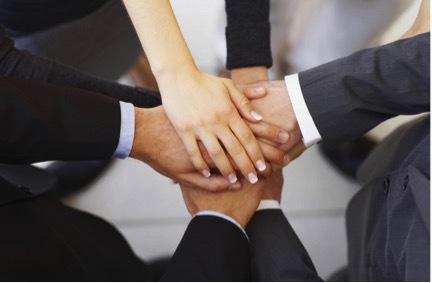 A new global currency is emerging. Governments understand that people at home and abroad evaluate them based on how they use technology and innovative approaches in their service delivery and citizen engagement. This raises opportunities, and critical questions about the role of innovation in 21st century governance.

Bloomberg Philanthropies and Nesta, the UK's Innovation foundation, recently released a global report highlighting 20 government innovation teams. Importantly, the study included teams that were established and funded by all levels of government (city, regional and national), and aims to find creative solutions to seemingly intractable solutions. This report features 20 teams across six continents and features some basic principles and commonalities that are instructive for all types of innovators, inside and outside, of government.

One of the challenges of representational democracy is that elected officials and government officials spend time in bureaucracies isolated from the very people they aim to serve. Perhaps there can be different models. For example, Seoul's Innovation Bureau is engaging citizens to re-design and re-imagine public services. Seoul is dedicated to becoming a Sharing City; including Tool Kit Centers where citizens can borrow machinery they would rarely use that would also benefit the whole community. This approach puts citizens at the center of their communities and leverages government to work for the people.

Governments cannot do it alone. They need partners. For example, the Open Government Partnership (OGP) is a multi-lateral initiative, in conjunction with civil society, to promote greater government transparency, accountability, participation, and the use of emerging digital technologies. Beginning with just 8 governments in 2011, it is now a 64 member community. Multi-lateral cross-sectorial partnerships show case an approach to governance that transcends traditional borders and siloes. This can also include encouraging private sector investment.

As I've outlined in a earlier TechTank post, there are institutional constraints for governments to try the unknown. There are potential electoral costs, greater disillusionment, and gaps in vital service delivery. Yet, despite all of these barriers there are a variety of promising tools. For example, Finland has Sitra, an Innovation fund, whose mission is to foster experimentation to transform a diverse set of policy issues including sustainable energy and healthcare. Sitra invests in both the practical research and experiments to further public sector issues as well as invest in early stage companies.

We need a deeper understanding of the opportunities, and challenges, of innovation in government. Luckily there are many researchers, think-tanks, and organizations beginning analysis. For example, Professor and Associate Dean Anita McGahan, of the Rotman School of Management at the University of Toronto, calls for a more strategic approach toward understanding the use of innovation, including big data, in the public sector.

Combining approaches and ideas within a framework that encourages experimentation has the potential to enable governance "of the people, by the people." Change is never easy. However, many governments have exhibited a greater willingness to take on the risks inherent with innovation and find new ways to engage with their citizens.