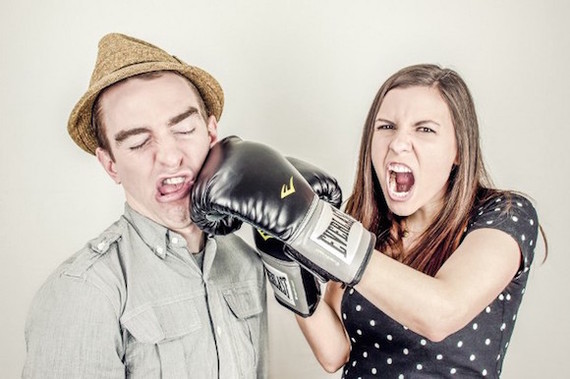 We all know the children's story "The Emperor Wears No Clothes." In case you don't, the gist is that a small child is the only person in the Kingdom with the courage to tell the Emperor that the "magical cloak" he was sold by a duplicitous tailor was in fact nothing more than his birthday suit. No one else in the entire Kingdom was able to challenge the Emperor with the truth.

Yet, many of us in fast growing technology companies turn a blind eye when our managers are leading our teams in the wrong direction. Fear of retribution keeps many smart people from speaking their minds. This phenomena was detailed well in Liz Gerber's recent post: Engineers Should Be Taught to Fight. When good people don't speak up, bad products get built.

At my company, we place the world's most brilliant freelance engineers, programmers, scientists, and designers at the world's top companies to help them solve their toughest problems. We screen new contractors for various characteristics such as skill, intelligence, work ethics, etc. But one characteristic we screen for that sets our tech talent apart, is their ability to ask tough questions and respectfully disagree with the customers who hire them.

Basically, we hire only people who have the courage to say, "The Emperor might be making a mistake."

When new customers come to us seeking freelance tech talent, the first thing we often hear is that their last development project failed miserably because their team just did exactly what they thought they were told to do, and nothing more. If you've ever hired an off-shore team, you've probably experienced this.

At 10x we look for hackers who solve problems, not coders who simply follow orders. We have no interest in working with people who are passive and afraid. While they must be respectful and diplomatic, the technologists we work with have an obligation to the customers they serve to be forthright, direct, thoughtful, and, above all, honest. This ensures the project is done the right way, the first time. Ultimately, it sets customers up for success in the present and looking ahead in the future.

One of the reasons many of the best and brightest technologists chose to freelance is because corporate cultures often stifle creativity and honesty. Politics often reigns in large organizations. And regularly corporate hierarchies do not condone open communication, especially dissenting communication. This type of organization structure drives big thinkers and smart people toward freelancing where much of the time, they work on mission-critical projects -- in which they are able to contribute in a meaningful way, where they are valued for their judgment, and not just their skills.

At this point, you might be nodding in agreement. But what are you doing to create an environment in which your best and brightest feel like it's okay to disagree. How are you rewarding dissent? How are you making sure that you aren't managing by the HIPPO rule (Highest Paid Person's Opinion)?

I'd appreciate any comments and feedback. Thank you