The Emperor's New Onesie from Hillary Frank on Vimeo.

Twenty-first century parents who want to share their stories have many different media -- paper, TV, radio, the Internet and beyond -- at their disposal. This animated video, produced by Hillary Frank of "The Longest Shortest Time," combines all of the above.

It is the story of what happened when Joyce Slaton's 15-month-old daughter, Violet, stopped wearing clothes for a month. If you want to know why, you can visit Slaton's blog on BabyCenter or hear more about it in her recorded interview with Frank -- but we really recommend you watch the video.

The first time Violet (now 7) objected to a shirt her mother gave her, "hopping around hysterically and screaming" at a library story hour, Slaton was stumped. But when the little girl was ultimately diagnosed with a sensory processing disorder, everything made sense.

“Children, teens and adults with [Sensory Processing Disorder] experience either over-sensitivity (hypersensitivity) or under-sensitivity (hyposensitivity) to an impairing or overwhelming degree,” journalist Beth Arky recently explained in an article for The Child Mind Institute. “Certain people's brains can't do what most people take for granted: process all the information coming in through seven -- not the traditional five -- senses to provide a clear picture of what's happening both internally and externally.”

Slaton was both relieved to get this diagnosis -- she was finally able to help Violet, bringing her to occupational therapy -- and plagued by remorse for ever telling Violet to wear clothes that made her uncomfortable.

"You don't know how guilty I feel of all the times I forced things on her, and now I know that it hurt her," Slaton says in the video.

Radio producer and blogger Frank originally interviewed Slaton about the experience for a parenting podcast. Then, when she was offered resources from the Knight Foundation to make a video, she knew the episode had to be Slaton's story. She added powerful visuals by illustrator Jen Corace and animator Joe Posner. (Read more about the creative process behind the video here.) The final product has been seen nearly 4,000 times on Vimeo.

Violet’s reaction to the video is a moving addendum to the story. Over email, Slaton told HuffPost:

[Violet] put her head on my shoulder and I asked her what she thought, did she feel sorry for that little girl?

"No," she said. "I felt sorry for you, that you had to deal with that." I said back, "Oh, honey, that's a long time ago now. And Daddy and I were happy that we figured out how we could help you." She was silent then, and I asked her, "Would you like it if other kids who have sensory problems could see that video? And maybe it would help them...?"

"Yes," she answered. "And maybe I could explain to them, I know it hurts. But when you get older you will figure out how to make it not hurt."

"The Emperor's New Onesie" was made at a time when many parents are working to understand SPD. A study cited by the SPD Foundation puts a "cautious estimate" of the number of kindergarten-age children affected by SPD at around five percent. And Arky references a "red flags" list from the SPD Foundation that cites "Irritable when being dressed; uncomfortable in clothes" as a warning sign for infants and toddlers.

Slaton says she's heard from parents of other children with SPD since sharing her story. "Many people have thanked me for giving this interview, because it made them feel a teeny bit less alone when they heard it," she told HuffPost. "That was what I hoped for, why I did it, so when I hear that reaction, it is thrilling." 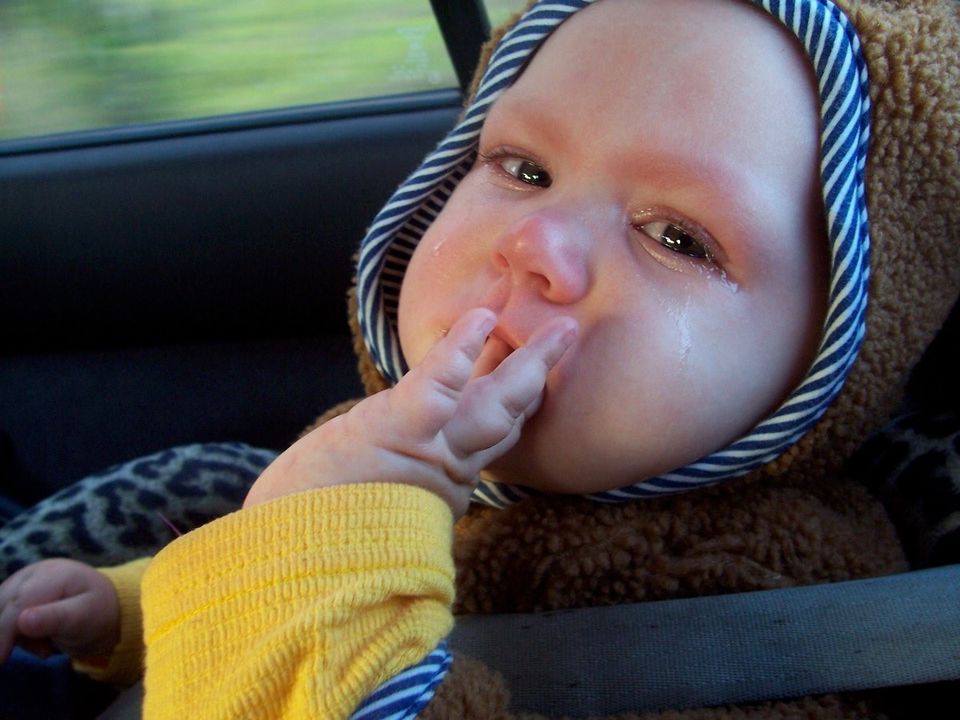