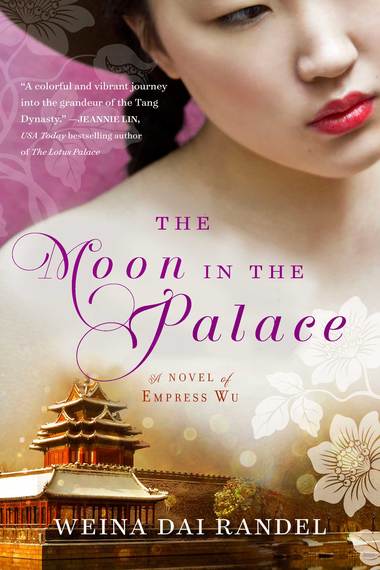 Weina Dai Randel is the author of The Moon in the Palace. A work of historical fiction, The Moon in the Palace, captures the early life of China's Empress Wu from her early beginnings as a Mei the concubine.. A second volume in the series, The Empress of Bright Moon (due out in the Spring of 2016), follows Mei's journey to the throne. I spoke with Randel about her beginnings in China and how she found her way to this captivating time in ancient China's history. 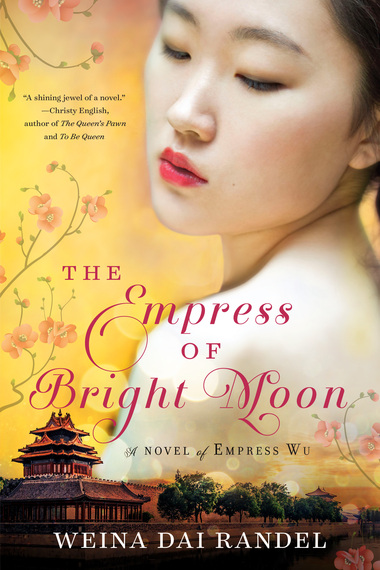 How did you become a writer?

I was born and raised in China. When I grew up, it was in the eighties, and my family didn't have telephone, television, or regular electricity, so I had plenty of time floating around the house with nothing to do. My older siblings had some classic Chinese novels, Dream in the Red Mansion, The Tales of the Three Kingdoms, and some novels about kungfu on their nightstands. I would sneak into their bedrooms and steal their books, read them overnight with a flashlight, and return them in the morning so my siblings would not find out I had taken them. That's how the seed of a writer was planted within me, I think.

When I was in fourth grade, I published my first short story in a local journal. When I was twenty one, I wrote my first novel - in Chinese, yes, since I wasn't speaking English yet--and I pitched it to an editor in Shanghai. The editor met me in person, talked to me, but the novel was rejected. I was very upset, and humiliated, I burned the manuscript. 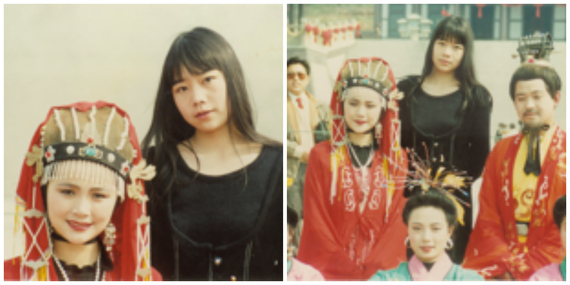 Randel with the cast of The Tales of the Three Kingdoms, performed in Wuxi, Jiangsu Province, 1997. Even then, she was a fan of historical fiction!

How did you find your way to writing in English with The Moon in the Palace and The Empress of Bright Moon?

I worked hard on learning the language! I knew basic English at school in China and studied English in college there. When I came to U.S, I spent years with dictionaries in my hand. After I went to graduate school and earned an M.A in English, I spent six years researching, studying Empress Wu, and another four years exploring the craft of fiction writing.

I love Chinese. The Chinese language is very unique, rich, drenched in imagery - in fact, it is called a pictographic language, like the Egyptian hieroglyphs, and the beauty of this feature becomes the well of inspiration that I often dive into. I would spend hours reading Chinese poems, just to savor a kaleidoscope of images sparkling before my eyes, and when I write in English, I often have the visual scene before me and I was urged to express them in the images as well.

But I also love the English language. It's different from Chinese, very different. For one thing: in English, it is important to use a subject; in Chinese you don't have to. And most of the time, formal Chinese writings often skip the subject, and the meaning of the sentence still makes perfect sense. 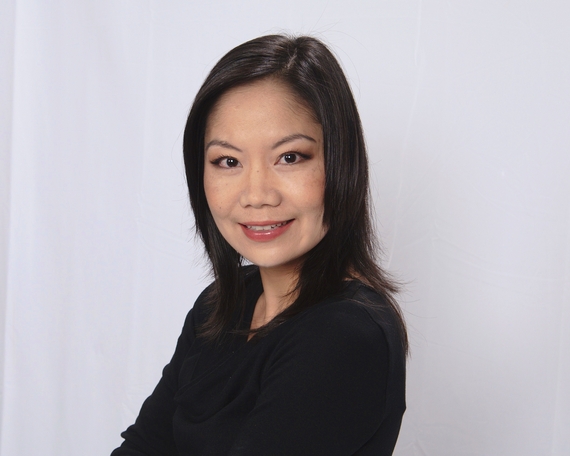 Did you ever think of giving up writing?

My road to publication was not easy-I received 82 rejection letters from agents. Some reminded me gently that my writing mechanism needed more work and some were not so gentle. So for a period of almost ten years, I just wrote, wrote, and wrote. And the result was always, rejection, rejection, rejection.

I shed some tears--all right, I shed a lot of tears. I learned to relieve the frustration and stress by playing tennis. It felt so good to hit the ball as hard as you could! As rejection letters accumulated, my tennis skill improved dramatically. I thought if I kept at it, I might be a 4.0, a rank close to a pro, but that was not my true goal. My goal was always to get published.

Why Empress Wu? What inspired you to write about her?

When I was in graduate school, I did a presentation of Maxine Hong Kingston's No Name Woman and the opening chapter of The Woman Warrior. It said an unmarried woman was forced to drown herself because her pregnancy was considered a disgrace to her family. I didn't like the story, and I told my classmates that not all women in China were like that. But as I talked about China, I realized many people in the U.S. did not know much about the country or the courageous Chinese women, so I decided to inform people about a strong Chinese woman.

Naturally, I thought of Empress Wu.

Empress Wu is a household name in China. She was the first and only female who defied the male domination, made her own destiny, and ruled the country for almost half a century. During her reign, the country thrived in arts, trades, literature, and culture, became a role model for the neighboring countries, and the kingdom blossomed into a golden age unmatched in centuries.

People in China were fascinated with her, and when my family had the first black-and-white television set in the late 1980s, there was a show about Empress Wu, played by a famous Taiwanese movie star. I grew up watching that show, and I loved to see the Empress wearing her sumptuous dragon robe, turning around to sit on her throne - by the way, people in China still watch tv shows about Empress Wu today. It's just she's performed by a different actress.

So yes, Empress Wu still fascinates people even fifteen hundred years after her death. People admire her, judge her, evaluate her, the only woman who made men bow before her.