Once a leading cause of death in the United States, tuberculosis continues to kill millions of people worldwide. While TB no longer takes the toll on Americans that it once did, until the disease is eliminated, it still holds the potential to seriously impact thousands of lives and total millions or even billions in healthcare and societal costs over time. 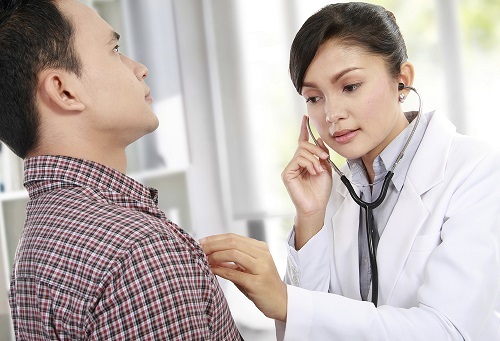 When an infectious disease recedes from public view, society often reduces prevention and control efforts - but this is exactly the time to double down, especially when we have the tools to eliminate TB forever.

As a nation, we've made major progress against TB - fewer than 10,000 people now develop TB disease in the U.S. each year, down more than 80 percent since the 1950s. CDC, local health departments, and a strong public health infrastructure have played a critical role in this fight. But if we let up on prevention and control efforts, we could see a resurgence.

At a time when we have new, more accurate blood tests and shorter, safer treatment for latent TB, this recommendation enlists important new players, such as community health and primary care providers, in the fight against TB - and brings us one step closer to elimination.

In the late 1980s, long-neglected TB control programs were overwhelmed by an increased caseload at the same time the HIV epidemic was escalating. The number of people with TB rose nearly 20 percent in just a few years, with even more dramatic increases in major cities like New York.

CDC, local health departments, and other stakeholders launched a successful, coordinated response, but not without a substantial injection of state and federal funding. A 1995 article in the New England Journal of Medicine suggested the cost of fighting TB in New York City alone would exceed $1 billion, and may reach several times that amount

Following that resurgence, TB prevention and control efforts in the U.S. have put us back on track toward TB elimination. Over the past 20 years, TB control efforts prevented about 150,000 cases, saving more than $6 billion. We accomplished this by closely watching out for outbreaks; effectively diagnosing and treating people who were sick; and tracking down, testing, and treating anyone who might have been exposed.

But after two decades of progress toward elimination, preliminary 2015 data from CDC's National Tuberculosis Surveillance System revealed that TB incidence rates have leveled off, and there was a slight uptick in the total number of cases reported each year. To overcome this stagnation and achieve our goal to eliminate TB, we have to expand our approach.

Jump-starting progress toward TB elimination requires a dual approach. We must continue to respond to cases of TB disease and stop outbreaks when they occur. We must also expand efforts to find and treat latent TB infections before they can progress to TB disease.

The progression to TB disease from latent TB accounts for most of the burden of disease in the United States. In fact, more than 85 percent of cases of active TB disease in the United States are associated with reactivation of untreated latent TB. Research suggests the number of people living with latent TB must be reduced to less than 1 percent of the population to reach TB elimination in the U.S. And that means we need to expand our efforts to find and treat latent TB infections.

The USPSTF recommendation is an important step in that direction. Echoing CDC's existing recommendations to health departments, the USPSTF recommendation firmly establishes latent TB screening as part of the routine preventive care package for people born in or who frequently travel to countries where TB disease is common, as well as those who have lived in large group settings where exposure to TB is more likely. This expands the role that private providers play in TB control, which has historically been handled primarily by state and local health departments. This should expand testing efforts and help ensure many individuals with latent TB are diagnosed and treated.

The next critical steps will be to work toward enacting these recommendations. CDC is working with partners and providers to examine ways to ensure latent TB screening and treatment become routine for at-risk patients. Health systems will need to find ways to make screening as easy and efficient as possible for primary care providers who already have long checklists for short appointments. Communities will need to be engaged and educated so that those at risk know to ask their providers for the test - and if positive, can get treatment.

Scaling up latent TB screening cannot happen at the expense of ongoing efforts to diagnose, treat, and manage cases of TB disease. This includes the labor-intensive work of conducting contact investigations and following up with each individual to ensure they complete their course of treatment. These public health efforts must also remain strong to protect individuals and communities from TB outbreaks.

TB elimination is possible. It will not be easy, but achieving it would prevent tremendous human suffering and save billions of health dollars. Now is the time to focus on the final push to end TB in the U.S. forever.