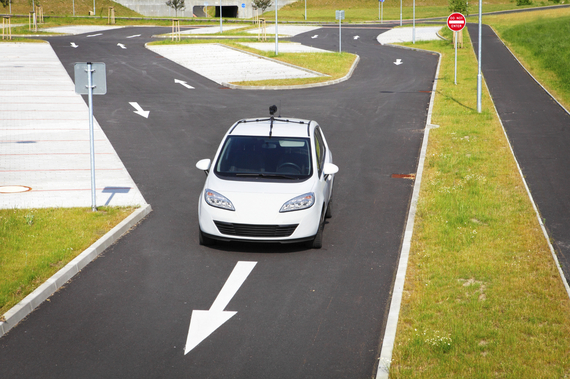 If you've worked in or around the American automotive industry, you already know about Bob Lutz. He has held major executive positions with the American Big Three -- GM, Ford and Chrysler -- as well as BMW and a host of other automotive-related companies. He's seen as a maverick, a truth-teller and a pioneer among some automotive cognoscenti.

Recently, in an editorial Lutz wrote for Road and Track, titled "Is Tesla Doomed? -- Bob Lutz thinks the writing is on the wall for the EV maker," he argued that "Tesla's showing all the signs of a company in trouble," primarily because it sells cars direct to its customers without a dealer network.

Lutz recounts BMW's failed direct-sales strategy, and rather than blaming his old employer for not running their operations efficiently, he argues that BMW's failure also means Tesla's direct-sales model will fail.

Lutz points to the fact that car dealerships need acres for the cars they keep in their inventory and also require a "big building with service bays, chargers and a trained sales force...". "Under a traditional franchise arrangement, the factory never has to carry that burden," he adds.

Then Lutz portrays dealerships as money pits that no manufacturer would want to burden themselves with. That's a strange point of view for someone who spent an entire career relying on franchised dealer networks to sell their products and generate their revenue. On one hand, he basically says that dealers have gotten the short end of the stick from car makers (such as his own employers); and on the other hand he fails to mention Tesla's highly efficient supply chain management and just-in-time inventory, or their customer centric sales model, or their remarkable sales successes, or their incredibly high overall customer satisfaction ratings.

I'd like to suggest a different viewpoint, seen from a Silicon Valley perspective rather than through Detroit's old-school lens.

Tesla has not simply applied old business models and strategies to a new car -- instead, they've invented an entirely new strategic approach for a truly revolutionary car packed with cutting edge technologies. From the car itself to the way it's sold, serviced, and upgraded, Tesla owners -- and I'm one of them -- have made a giant leap ahead of the standard Detroit fare, experiencing new and cutting-edge performance, reliability, environmental impact and ownership experience.

Don't get me wrong -- Bob Lutz deserves a lot of respect for his past accomplishments as an automotive executive. But let's be honest here. Lutz no longer represents the innovative edge of automotive thinking. He publicly denies climate science, he's nowhere to be found on social media, and he is probably not the guy who will lead the next technology revolution for cars. Instead, Bob seems to want to keep playing the protectionist game and argue for the continuing ascendancy of the old ways of doing things. How many car executives from the traditional Detroit industries have bashed technology innovators, while allowing their own companies to stall, go sideways or go bankrupt?

As examples of my point, take a look at the comments Lutz has made about Apple as a potential car maker here, here and here.

I don't mean to single out Mr. Lutz -- he certainly isn't alone among the tech-bashers in the traditional, legacy car industry. Unfortunately that's how many executives, if not the majority, tend to react towards new technology.

Here is the critical fact: the automotive industry is changing at a rapid pace, and that frightens the old guard.

Companies like Apple, Google and Tesla have started to create a seismic reformation of how we view transportation technology and the people who run the Big Three (and the European and Japanese manufacturers too) need to wake up now and innovate -- or they will rapidly disappear in the rear view mirror. The outcome of the new technology trend promises to be nothing short of catastrophic for the current leaders in the automotive industry.

We are talking about a future when I will not have to own a car. I will use an app on my phone and an Uber self-driving Apple electric car will pick me up within minutes.

Once I'm in the car it will recognize my iPhone and will make my iTunes available, along with all my contacts and addresses. I will let Siri know where I'm going or who to call, and while I'm traveling there, safely and efficiently, I'll be able to do business, chat with friends or just relax and enjoy the trip. We are talking about complete integration of my personal content, preferences, and devices. It's hard for me to believe, given their lack of market dexterity, that current car companies are equipped with the leadership or the know-how to lead this next generation in transportation.

So here is my advice for the car companies, specially my favorite American car maker, Ford (which was the only major Detroit automobile manufacturer not facing bankruptcy during the last downturn). You cannot compete with Google, Apple and yes, Tesla. Let those Silicon Valley innovators own the technology, and focus on becoming the builder of their cars. That's your core competency. On top of that, you could also become great logistics companies, and make a serious effort to compete with Uber or acquire Lyft. You can probably have them for $5B -- less than 10 percent of your market cap!

That's the best money you can spend now, while you can still afford them. That will put you in a leadership role amongst your traditional competitors and will bring the needed technology knowhow and talent so you can compete effectively and remain relevant in the next chapter of the automotive revolution. Do it now, and don't say I didn't warn you.