Texting is the new phone call, "hanging out" is the new dating and coffee is the new "fancy dinner"... according to the New York Times.

Over the weekend, Alex Williams' January 11th piece, "The End of Courtship?" filled up my Facebook newsfeed, encouraging the latest wave of unwarranted panic about whether romance is truly over for Millennials. As a woman who falls squarely in the demographic that the article is discussing, I take issue with it for several reasons:

1. The article doesn't say anything that hasn't been said -- many, many times before. Actual quote from "The End of Courtship?": "Relationship experts point to technology as another factor in the upending of dating culture." In a classic case of "the Times is ON IT," discussing the impact that technology has on Millennials' dating habits has become magically shiny and new! It's as though the Grey Lady's editorial staff has collectively forgotten every piece written on this subject over the last decade. (Just google "texting hurting dating" or "relationships technology" and see the hundreds of articles that show up.) The Atlantic even has an entire page dedicated to the subject.

The most patient and thorough research about the hookup culture shows that over the long run, women benefit greatly from living in a world where they can have sexual adventure without commitment or all that much shame, and where they can enter into temporary relation­ships that don't get in the way of future success.
...
Young men and women have discovered a sexual freedom unbridled by the conventions of marriage, or any conventions. But that's not how the story ends. They will need time, as one young woman at Yale told me, to figure out what they want and how to ask for it. Ultimately, the desire for a deeper human connection always wins out, for both men and women.

And just because some men and women choose to have some casual sex in their lives, some of which is probably fulfilling and some of which is probably unfulfilling, there is no evidence that it precludes them from getting into long-term, monogamous relationships later on in life. (If that's what they want, of course.) Let's declare this "debate" over, once and for all.

3. Apparently these technologically-fueled dating woes are reserved for straight folk. The New York Times chose to completely ignore the fact that some people aren't trying to get into heterosexual relationships. Each and every person mentioned in the piece is looking for boy-girl love. Pretty glaring oversight, unless the Times is implying that straight people are particularly terrible at dating.

4. Are we seriously mourning the loss of first date "fancy dinners"? Call me (and my friends) crazy, but I don't know any single women who are bemoaning the fact that men aren't taking them out for elaborate meals on a first date. First dates are for trying people on, seeing if you two match and deciding whether you'd like to explore the connection further. A good first date can be extended, growing from one drink to three and morphing into a meal. But a bad date -- if planned as one drink -- can stay that way, and both parties can move on without wasting three hours and $75 on a mutually painful experience.

5. Women aren't crying in their living rooms waiting to be asked out. According to the Times, "Women in their 20s these days are lucky to get a last-minute text to tag along." The entire tone of the piece points to the conclusion that women are clutching their pearls, waiting by their phones to be "pinned" a la "Bye Bye Birdie." In reality, most of the women I know would readily write off a man if he continually asked her out last-minute to hang out with his friends. And there are plenty of dudes out there who are far more proactive. Plus, as Jezebel's Katie J.M. Baker points out, women are just as capable as men of initiating a plan that they're excited about.

6. Dating has changed -- and that's a good thing. I'm not saying that I haven't wished my date would just pick up the phone to make a plan instead of engaging me in an extended texting dance, or cursed the entire institution of online dating. However, I'm certainly not waxing nostalgic for a "simpler time" when men pulled women's chairs out, picked up every bill and exercised total control over the dating process.

Today women can enjoy doubling up on OKCupid dates or initiating "group hangs" via text message just as easily as men can. In fact, technology can be an equalizer in many ways. And by the Times' own admission, women who really care about old-school dating traditions (such as fancy dinners and red roses) are probably putting their feet down and asking for them. So don't worry, New York Times. We Millennials will be just fine.

ALSO ON HUFFPOST WOMEN: 6 Ways Your Sex Life Is About To Change -- Or Already Has

PHOTO GALLERY
6 Ways Your Sex Life Is About To Change, According To Liza Mundy
Download
Calling all HuffPost superfans!
Sign up for membership to become a founding member and help shape HuffPost's next chapter
Join HuffPost
Follow Emma Gray on Twitter: www.twitter.com/emmaladyrose

Why It's Kind Of Irrelevant Whether 'Courtship' Has Ended
6 Ways Your Sex Life Is About To Change, According To Liza Mundy 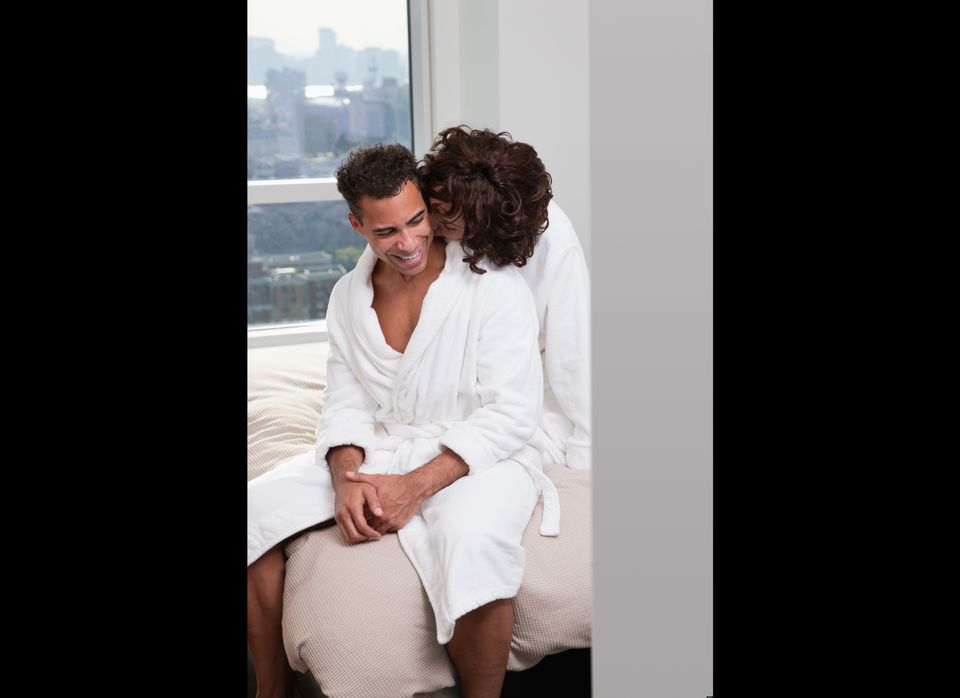 1 / 6
Women Will Want Sex More Than Men
"Women are becoming the gender that wants sex more than men do," Mundy argues. She writes that women's professional success has "unleashed" them sexually, leading them to seek sex more directly and to be open to a greater variety of sexual experience.
Alamy