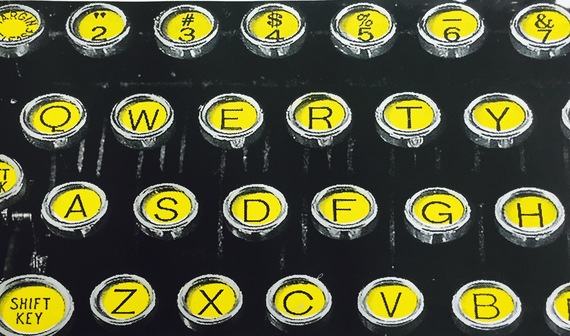 In an OpEd piece in the NY Times this week, Héctor Tobar, an assistant professor in the School of Journalism and Communication at the University of Oregon raises the question "Who'd Be A Journalist?"

Mr. Tobar's response: only the dedicated few, willing to accept long hours and low pay. Almost kind of priesthood. But, he says, the satisfaction of the job compensates for the uncertain future it carries.

There is no question that conventional journalism -- newspapers and TV News -- the kind that Mr. Tobar probably teaches in Oregon, is in serious trouble. The whole profession is in serious trouble. Newspapers are closing, journalist is repeated listed as the worst job in America. It is no wonder that Mr. Tobar promotes it as a kind of priesthood -- a kind of passion that doesn't pay much (or have much of a future).

The irony in all of this is that there has never been more journalism in the world than there is today. The Internet is filled with it, from Instagram to Facebook to Twitter. Today, everyone is a journalist in that everyone reports on what is going on in their world. This is why the job doesn't pay the way it used to. The world is flooded with free information.

The real key to the basic problem with conventional journalism (and the potential for a very different kind of journalism in the future) lies within Mister Tobar's essay, near the end. He writes:

There's nothing like dropping into a country for a week, and reporting a story, and getting it published.

This, of course, is what, more than anything else, is wrong with conventional journalism as it is practiced today. The very notion of dropping into a country for a week to report on something you probably know next to nothing about.

In the 19th Century, when the concept of a foreign correspondent was born, there was no other way to report the news. When radio and television came along, the model was continued. We sent CNN and other reporters to the Middle East to report on events in countries where they didn't speak the language, didn't really know the history, didn't really understand the culture. They were actually foreign observers, doing the best they could, which was often superficial at best.

This tradition, alas, continues to day.

The irony is that this parachute-into-the-war-zone kind of reporting is not only mediocre and generally inaccurate, it is now totally unnecessary.

If you have been watching the coverage of the parade of Syrian refugees across Europe, you may have noticed that they all pretty much have smart phones with them. This is not a surprise. There are more than 3 billion smart phones in circulation in the world.

So, each of those Syrian refugees (as an example) carries with them a rather remarkable tool that allows them to create and share text, photos and video with the world (at no cost).

How much video of their horrendous adventures do you think those refugees have collectively created? A million hours? Probably.

Now, how much of that extremely honest and authentic and real video have you actually seen on TV news? Would "none" be a good answer?

Instead, what do you get? A reporter dropping into a country for a week or a few days.

There is a lot of journalism going on in the world -- more and better than ever before. Immediate, honest, real -- produced by people who are actually living it. But we never see it.

Because, well, we can't trust what they say.

We can only trust what our people say.

You know... our people. The ones we can trust.

Take up the White Man's burden, Send forth the best ye breed
Go bind your sons to exile, to serve your captives' need;
To wait in heavy harness, On fluttered folk and wild --
Your new-caught, sullen peoples, Half-devil and half-child.

The White Man's Burden by Rudyard Kipling. The British Empire may be dead, but the notion of sending our people to report on the doings of "those strange and exotic people" still is strong in the world of journalism -- and it's a mistake.

You are not only missing a trick, you are missing the whole story, and kidding yourself that you actually have it, when you don't.

iPhones in the hands of three billion people, reporting on what is actually happening to them or in their own country represent a true democratization of news. The material is all there. It is being produced daily, hourly, minute by minute.

But I don't think you will ever get to see it.

We would rather show "our people" in a stand up on the Turkish border.

Conventional journalists all extoll a "free press," until they are actually faced with one.