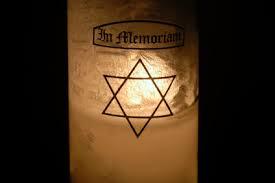 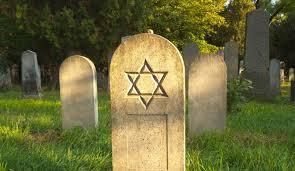 The Ba'al Tefila (prayer leader) was old, probably in his 80s, his complexion wan, his hair snow white and thin, his posture stooped, but his voice was strong enough to reach every part of the large main sanctuary. You could hear a pin drop as he commenced the haunting Yizkor (remembrance) prayers on the last day of Passover. What emanated from his essence was the sound of long ago, the echo of days and worlds that are no more -- the cadence, accent and pronunciation were forged as a youth in some long vanished shtetl in Eastern Europe, most of who's residents are now but dust and ash.

As the Kail Ma'aleh Rachamim (merciful God on high) wafted around the room, the deep Yiddish-inflected words penetrated the hearts and entered the essence of all those assembled to pay honor to their lost parents, siblings, spouses and sometimes their children. You see, the old man was a Holocaust survivor -- one of the dwindling few who still tread this earth and the grief in his every note was tangible and palpable -- an authentic cri de coeur that punctured the stoic reserve of most present and set the tear ducts in motion.

Attending Yizkor for a relatively recently deceased parent can be a gut-wrenching experience as it was with me last week. In a few days will be the Yahrtzeit (anniversary of passing) for my late mother. The Yizkor service so close to the end of my year of mourning dredged-up a matrix of emotions that thankfully have dramatically receded especially over the last six months. Judaism demands that parents be honored in death as well as in life, even if it makes you uncomfortable or if it's inconvenient.

The ancient Jewish stages of mourning have been engineered to help you process grief, help you deal with it and then help you move on and have closure. At the end of the year one is expected to completely rejoin the world of the living and lock the door to your sadness over the demise of a close loved one, at least until the next Yizkor service.

Mom has been gone for nearly a year now. As an observant Modern Orthodox Jew, that has meant saying a whole lot of Mourners Kaddish. When I mean a lot, we're talking about at least six times a day, seven days a week for 11 of the 12 months of the year-long mourning period. It means showing up for three prayer services a day, the shortest of which can still last 15 or 20 minutes. It means saying the Kaddish prayer so often that you can recite it in your sleep, and sometimes you do.

The Mourners Kaddish is a prayer for the dead but it's really for the living to affirm their belief in God in the face of great sorrow and loss -- and affirm you do day in and day out come rain, sleet, snow or dark of dawn or night -- you affirm it in ancient Aramaic with at least nine other Jewish men above Bar Mitzvah age. Business calls, emails and meetings have to be put on hold at midday, breakfast will have to wait in the mornings and working out will sometimes have to take a third back seat. Kaddish means that quite often you lead the whole prayer service from beginning to end, you're not just a spectator, you're the main actor on the stage (bima) and the star of the show.

It needs to be said that for my entire life I always assiduously avoided doing anything as outlandish as leading services (davening), but thrust into the footlights somehow I let my anxiety over leading the services compete headlong with my anxiety over the loss of my mother -- and those dueling anxieties, in time, miraculously and thankfully nullify one another for the better on both fronts. Teach a kid how to swim? Just throw him in the water.

Like any thespian in the spotlight, there are going to be critics of your performance. No end of early bad reviews came from my New York rabbi who scolded me for my lack of "choreography" (Bob Fosse should have been consulted, clearly) and "dry delivery," meaning no Eastern European Yiddish-accented sing-song cadence to my recitation of the prayers (I use a dry Israeli Hebrew style with an American accent, the worst of everything in some religious circles). Initially I had many words pronounced incorrectly, not looking at the punctuation vowels (dots) below the letters.

A gabbai (sexton) in New York asked me, "don't you read the vowels?" I replied, "no, I go by word recognition the way Israelis do." So, I had to look at vowels again to avoid brickbats and tomatoes from the crowd. Eventually, I got every word right. Two-thirds of the way through the year I relocated to Florida to escape the Polar Vortex and thankfully the clergy and congregation at the synagogue there was hyper-Americanized, very Zionistic and tolerant of my Hebrew style.

The biggest criticisms when leading the davening (prayers) arise from speed or the lack thereof. In the mornings especially, people are rushing off to work, to catch a train, to conquer the universe or what have you, so speed is of the essence. On an average weekday you get kudos for plowing through something like 60 or 70 pages in the siddur (prayer book) in well under 30 minutes. On Mondays and Thursdays when the Torah (bible) is read, you've got around 85 or 90 pages and 35 minutes is the max before you hear audible shuffling and groaning in the pews. So, not only are you reciting a lot of Hebrew and Aramaic aloud, you're doing it at warp speed.

It reminds me of the vocal velocity employed by cattle auctioneers or that fast-talking guy in the old FedEx commercial from 1981 where business was conducted at the speed of sound. Speed and accuracy are the prized skills of a mourner. You try to be like Jesse Owens on the track and Mark Spitz in the pool - average velocity doesn't cut it, especially with the tough morning crowd. After leading services for enough months you're so busy and focused on the task at hand that your grief gets pushed to the back burner, which is probably the main point of it all.

Then, suddenly, you stop - like slamming on the brakes at high speed. At the end of 11 months you are to lead the services no more, you are to recite the Kaddish no more. What had been an integral part of your consciousness has to cease and you return to being just a face in the synagogue crowd. You get one more shot at the Yahrtzeit to lead again, but then you retreat to the back benches thereafter.

The end of the year means you can now go hear live music, you can attend celebrations like weddings and bar mitzvahs, you can buy new clothes, you can let your mother go. The Angel of Death ensures that a steady supply of mourners will take your place at the ammud (podium) and you try to be there for them as the other congregants were there for you in your time of intense pain and sadness. You come to appreciate the kindness of strangers and hope you can give back in turn.

I'm proud to say that I didn't miss a single day of davening during this past 12 months. I'd committed to be there for Mom as she'd been there for me during my whole lifetime - but more importantly, I renewed my commitment to live my life in a way that would be a credit to her memory and give honor to the effort she put into me. It sure wasn't easy at times to extract myself from bed or a business meeting but it was probably the most meaningful experience I've had as a Jew. Judaism forces an end to things but it also creates a new beginning for a life rooted in the memory and values of the loved and lost. That their values endure ensures there's forever a piece of them here on this earth.